For these hosts, it’s ‘better to build bridges than walls’ 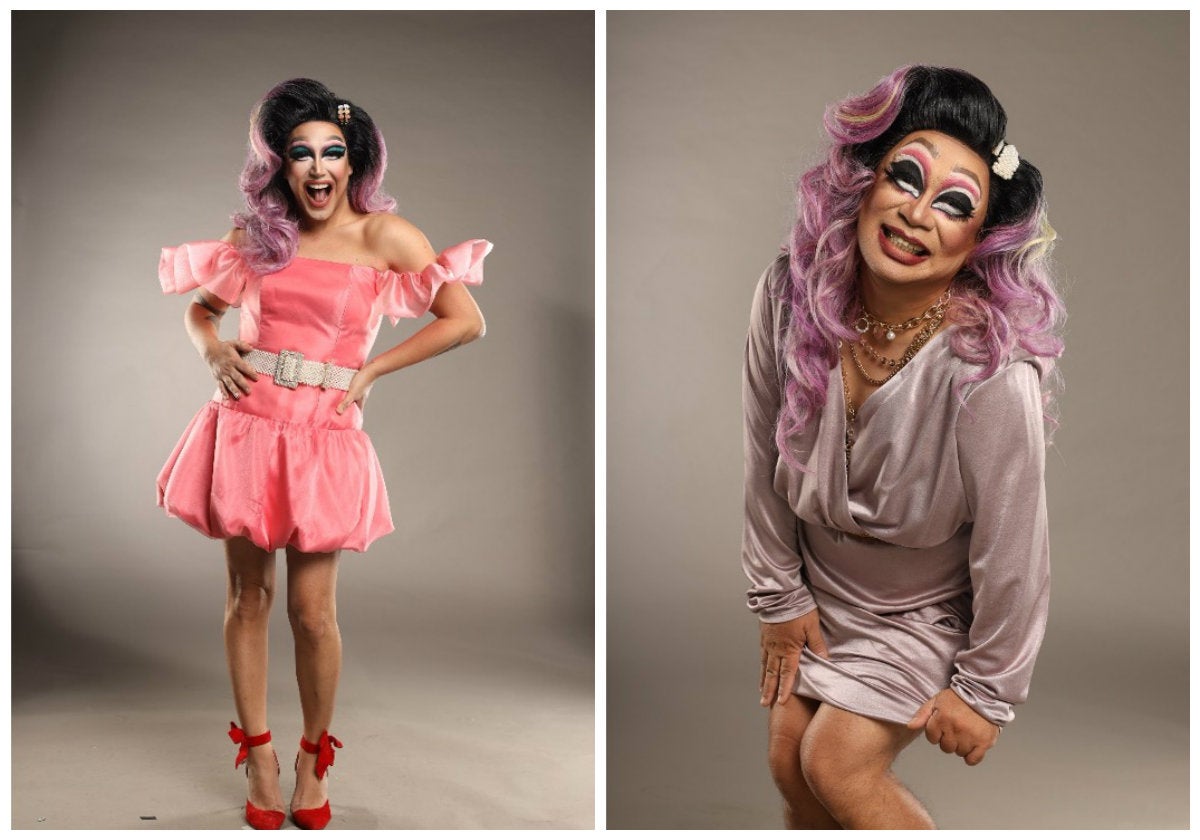 For television hosts and comedians, one of the trickiest things about resuming work amid the COVID-19 pandemic is performing without a live audience—the instrument with which they gauge their effectiveness as entertainers. “It’s difficult to throw jokes with no crowd in front of you because there’s no feedback,” Wally Bayola told the Inquirer in a recent virtual press conference for TV5 and line producer Archangel Media’s new game shows.

“The only advantage is that, when your antics end up being waley, canned laughter and applause can back you up. But if there’s an audience, they would just be all like, ‘Huh, what did he say?’ That hurts!” jested Wally, who cohosts “Bawal na Game Show” with Paolo Ballesteros.

Aside from working in a relatively empty studio, artists are also required to follow social distancing measures and wear protective gear like face shields, which can, at times, affect their rapport with each other. “From a physical standpoint, it can be really hard because there’s a barrier; you don’t see clearly the facial expressions of the person you’re exchanging jokes or bantering with,” Paolo pointed out.

“It feels like there’s a wall when you’re throwing punchlines. Or sometimes, you don’t immediately realize that your cohost has already dropped his punchline,” added Wally, who joked that he also tends to get distracted by the smell of his own breath.

“Hindi siya kaaya-aya!” he said, laughing. “They say I will get used to it eventually. But come to think of it, at least I still have my sense of smell! (One of COVID-19’s symptoms is loss of taste or smell.)”

But just the same, the show goes on. “We must find ways, make some sacrifices,” he stressed.

Meanwhile, Pokwang, who cohosts “Fill in the Bank” with Jose Manalo, has become more mindful of her jokes and the things she pokes fun at.

The nonrenewal of ABS-CBN’s franchise has compelled some of its stars to look for jobs somewhere else. And TV5, which is currently undergoing rebranding, has been vocal about opening its doors to displaced talents. Aside from Pokwang, other Kapamilya artists who have landed projects in TV5 are Jessy Mendiola and Ria Atayde.

Network wars could very well be a thing of the past.

“It’s better to build bridges—not walls,” Wally said. “It would be better if we support each other, instead of seeing others as rivals.”

“There’s no place for negativity or competition. If you’re having negative thoughts, then you should change that mindset, because it doesn’t help,” Paolo said.

For Pokwang, being able to work for different networks foster camaraderie among show biz folk. “Sometimes, at events, you get to see stars from other networks. And chances are, you wouldn’t know them personally. Nagkakahiyaan pa,” she said. “But now we can have that connection.”

“Fill in the Bank” (Mondays, Wednesday and Fridays at 7:30 p.m.) will have Pokwang and Jose assuming the roles of Chismosang Falaka Officer and Chief Echoserong Officer, respectively. Together they will challenge hopefuls, or “clients,” in a series of “salary-themed” games. The prize money can go as high as P150,000 each episode. “Bawal na Game Show” (Tuesdays, Thursdays at 7:30 p.m; Saturdays at 7 p.m.), on the other hand, will subject the contestants to challenges that will test their physical skills and intelligence as they deal with different distractions. Wally and Paolo—who play the twins, Bebe Ghorl and Barby Ghorl, respectively—will try to goad players into breaking the rules. Up for grabs is P50,000.

Wally, Paolo and Jose feel lucky to have these TV5 projects on top of their hosting duties in the GMA 7 noontime variety show “Eat Bulaga!” “I’m blessed, honored and thankful that I still have work in these times,” Wally said.

“We will focus on whatever comes our way,” Paolo said. “Who are we to turn down these offers?