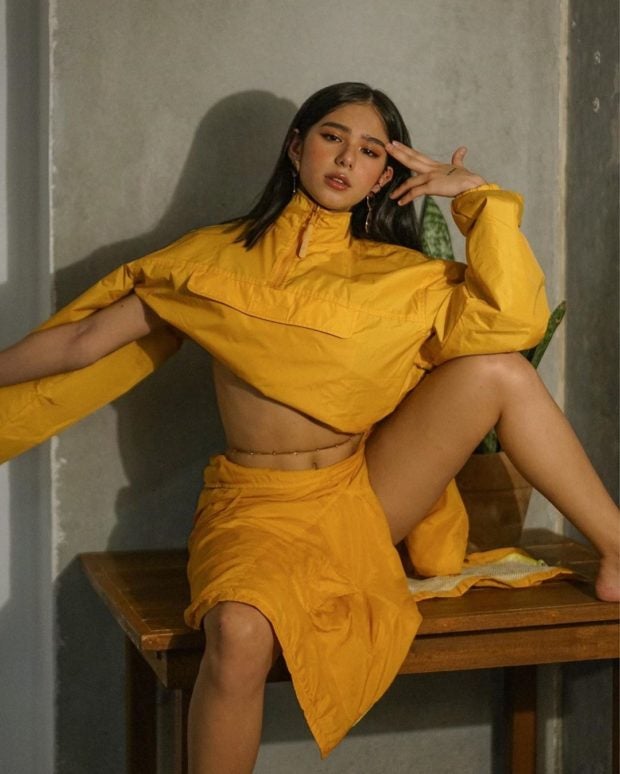 Soft-spoken, good-hearted and beautiful. These are the three adjectives that I would choose now to describe the young actress-singer Angel Guardian who is a GMA artist and a “Regal Baby” under Regal Entertainment, Inc. The very first time I saw Angel Guardian in person was in the ‘D’Ninang’ grand press con months ago… she immediately stood out among everyone else. Angel Guardian is like a cross between a foreign professional model and someone who happens to have just enough Filipino blood in her that there’s no mistaking she is still a proudly homegrown talent. Fast forward… upon learning more about her I have come to the conclusion that Angel Guardian is the real deal. She has respectable acting skills and her singing technique is comparable to some of the best young foreign musical acts around today. Angel Guardian is a complete package of an artist.

On a personal note, this year marks the twelfth year I have been writing when combined with the previous years I was in the other major newspaper. In the twelve years I have been writing and interviewing artists, musicians, and celebrities I have always made it one of my primary objectives to give focus, attention, and exposure to the young rising and upcoming stars of the entertainment industry. No one told me to do this. I chose this path. I believe this is the right thing to do.

Now, let us all get to know Angel Guardian. Below is my in-depth interview with her.

1. How did you start your acting career?

Angel Guardian: It all started with my mom’s vision of me being an actress. She started bringing me to modeling workshops, and then later on, acting workshops. And then ayun, I tried auditioning for commercials and eventually auditioned for TV shows/movie.

2. What is something that you know now that you wish you knew then when you were first starting out as an actress?

Angel Guardian: That being in an industry is not all fun and portraying characters. It takes perseverance, right attitude, strong mentality and bold personality to get where you want to go.

3. Is there a particular role that got away? A role you really wanted, but you were not casted?

Angel Guardian: Of course, i think all of us have experienced that. I’ve gone to uncountable VTR’s before i got my first commercial. But I can say that all my hard work has really paid off well.

4. When did you first know you wanted to become an actress?

Angel Guardian: To be honest, being an actress was the last thing that came in my mind when I was thinking of being in the industry. For me, being an actress was too much. Especially, to a person like me who just wants to remain low key her whole life… HAHA. But showbiz chose me and i always want to to grab every opportunity that’s given to me; I want to try everything God lays in front of me, and so i did. And I got more and more excited with every project and the roles I’ve portrayed.

5. What’s the best part of being an actress?

Angel Guardian: For me, the best part of being an actress is the unveiling of your power to explore art and let people feel some sort of emotions through what you’re doing. Having to touch people’s emotions through art is what I believe I’m destined to do. Be it acting, singing, dancing, writing—all of that are made to make us feel something, that’s what makes us more human.

6. What was the first television show and movie you ever did?

Angel Guardian: It was “Star Confession” on TV5. They just called me to portray a daughter whose mother is blind. The scene was a heavy drama so siempre, iyak iyak ako.. haha. And then after that, my manager called my mother that the producer of TV5 had been looking for me after seeing that episode. Fast forward, we went to the office to talk to them and signed as an official artist of TV5. This was around 2011? So sobrang tagal na, haha. 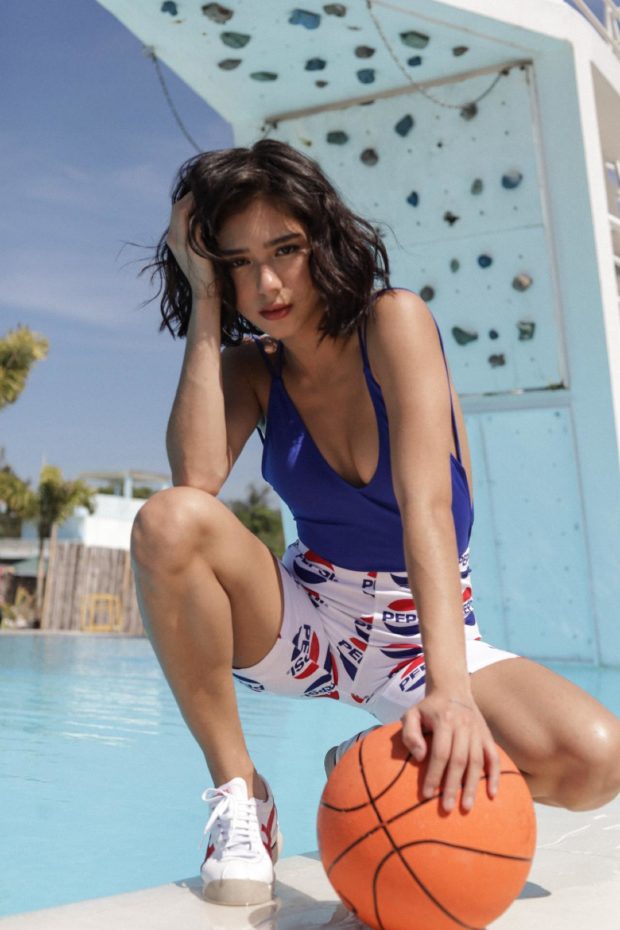 7. What is the funniest thing that has happened to you during a taping of a program and/or filming a movie?

Angel Guardian: For me, it was my guesting in “Onanay”; that was my 2nd time guesting under GMA and I can say that I had the funniest/most embarrassing moment in that show. They guested me as Maila’s (Mikee Quintos) friend, I was celebrating my birthday as Chelsea, and then the sisters suddenly started arguing and fighting, and so I had to stop them and that moment I was trying to pull Maila away from Natalie (Kate Valdez), I tripped and fell on the floor and struggled to get up. All of them saw what happened to me and we tried our best not to laugh hanggang mag cut. Then ayun narinig ko nalang all of them on the monitors were laughing while watching the playback. Gusto ko nalang kainin ng lupa, HAHAHA

8. What kind of music do you like to listen to when you want to be relieved of stress or simply to relax?

9. When you are not taping any program, doing a photoshoot, endorsing a product or filming a movie, how do you usually spend your downtime or days off?

Angel Guardian: Whenever I have a long break from working, I would always go to the beach and reconnect with nature. It’s my escape from all the toxicity in the city; it’s my safe haven. 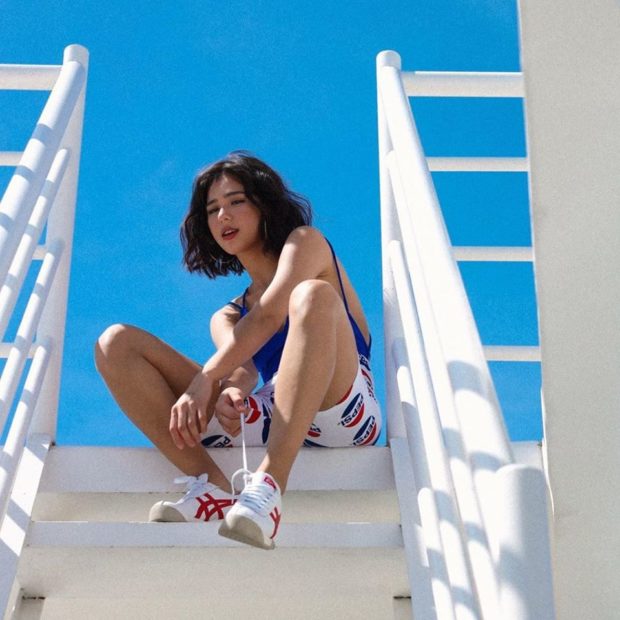 10. What are your qualities which you feel set you apart from all the young and talented actresses we have now?

Angel Guardian: I believe that all of us have something that sets us apart from another individual and for me it’s my approach in life and my personality to always be myself amidst the pressure in social media and as well as in our field of work.

11. Do you prefer playing and portraying a good person or bad person on television and movies? What is more natural to your personality? 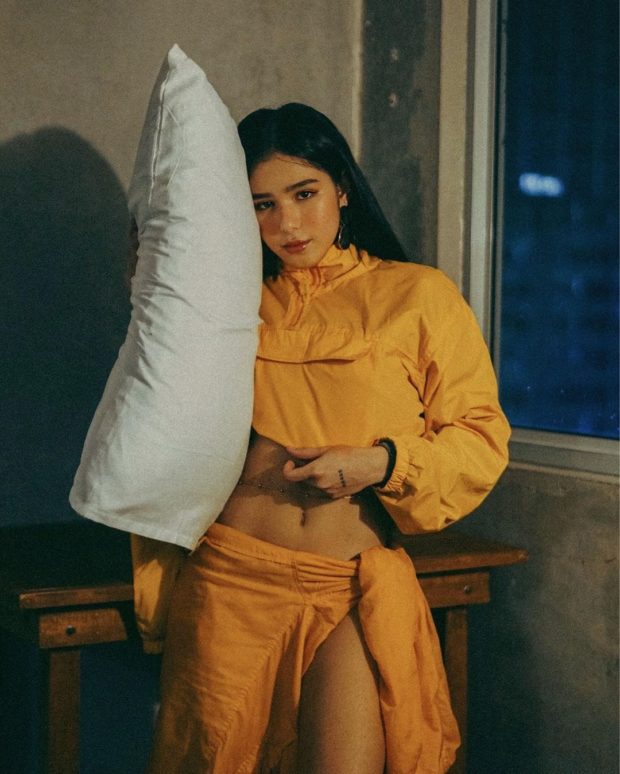 Angel Guardian: It doesn’t really matter to me if I’m gonna portray any of the two, but I’m certain that portraying a good person is more natural to me. hehehe

12. Who is Angel Guardian in a nutshell?

Angel Guardian: A soft but strong person with the wildest dreams of changing the world by doing what she loves—while being herself in a world full of people trying to change people whom they don’t understand.