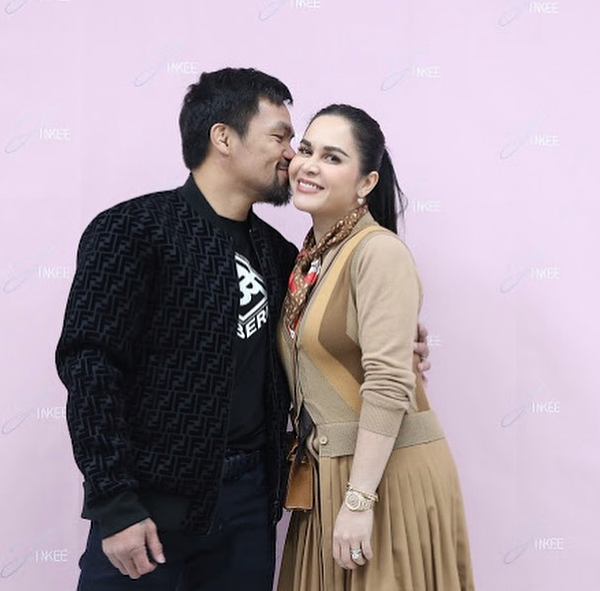 Manny Pacquiao expressed his awe at his wife, Jinkee, as she marked another milestone in her life by starting her own cosmetics line.

The professional-boxer-turned-politician said he was filled with pride to see Jinkee turn her dream into a reality, as per his Facebook post yesterday, Aug. 21.

“I feel truly blessed to have Jinkee as a wife, as mother of our children, and as a visionary who will never stop until she achieves her goals in life,” the boxer said.

I saw how she envisioned this dream. I supported her as she made it a reality. Now, I am filled with great pride as she…

PacMan’s wife officially launched Jinkee Cosmetics last Tuesday, Aug. 18. Jinkee said that she placed her “heart and soul” into her passion project to turn into a reality.

Jinkee drew flak on social media last month after showing her luxury designer bicycles on her Instagram page. Agot Isidro told PacMan’s wife to be more “sensitive” to the plight of her fellow Filipinos, who are losing jobs and scrambling to find money amid the COVID-19 crisis.  /ra

LOOK: Jinkee Pacquiao rides ‘kariton’ in Sarangani town where she was raised