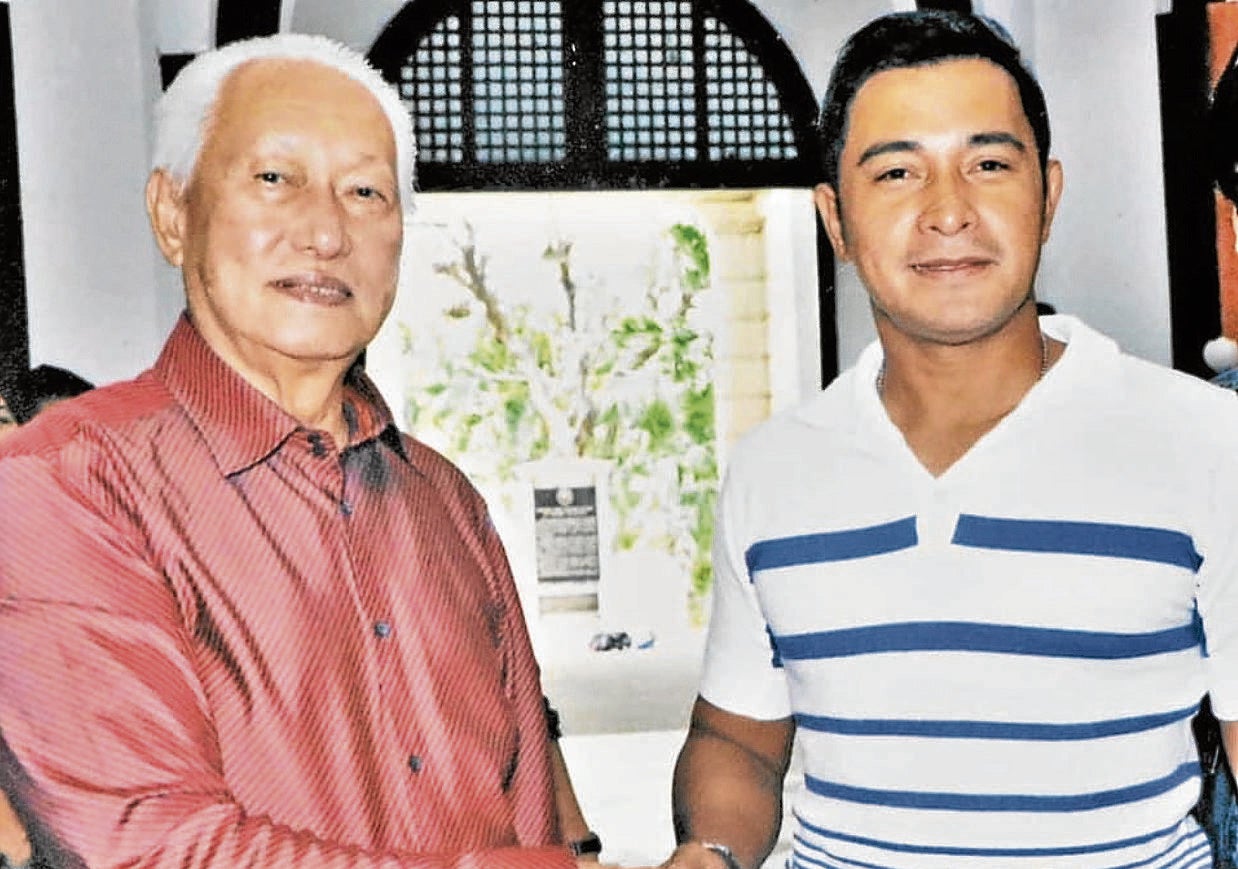 When news broke out about the passing of former Manila mayor Alfredo Lim, Cesar Montano paid homage to him on Facebook. My BFF Buboy (Cesar’s nickname) posted pictures taken in 2013 when he portrayed “Dirty Harry” (Lim’s moniker) in “Alfredo S. Lim: The Untold Story.”

Both of them were born to be survivors and winners. They are proof that odds in life can be turned into “adds” (additionals), après tout.

Here’s my chat with Buboy:

Every time I remember this story that Mayor Lim told me about his wife, it still cracks me up. As the toughest policeman during his younger days, it was his passion to catch the public enemy No. 1. So, he was always on the go and would go home only to change clothes. His wife wasn’t pleased about it.

When he came home one night, he was shocked to see his aparador in front of their house. From the street, he shouted at his wife and asked what was going on. She looked out of the window and said, “O ‘di ba magbibihis ka lang naman? Eh ‘di gawin mo na diyan para ‘di ka na mahirapan maglabas-pasok dito sa bahay.”

What did you learn from Mayor Lim’s life story?

Determination to do what is right. Nothing must be half-baked. You cannot serve two masters at the same time. It’s like following God—you have to trust and surrender to Him 100 percent.

James Yap is flying home from Italy soon. But his girlfriend, Mic, and their two kids, MJ and Francy, are staying behind for the time being. “The COVID-19 situation in Mic’s hometown, Urbino, is not as bad as it is in Manila,” James points out. “So, it’s safer for our babies [to stay there].”

The two cuties know how to speak a bit of Italian already. “Eventually, I will teach them my Ilonggo dialect,” James says. “But parang ‘di bagay sa kanila mag-Bisaya because they really look like foreigners (laughs).”

Regal Films matriarch Mother Lily Monteverde had a “Zoom party” (organized by her daughter, Roselle) on her 81st birthday (though her Chinese age is 82, Mother says). Mother’s celebration every Aug. 19 has always been treated like a show biz holiday.

But due to the pandemic, her fête this year had to be low-key. Everyone in the biz, from stars to crew to media, is like a Regal baby, to a certain extent. That’s because Mother Lily has helped each of us in the industry in some way.

During the party, Mother made an amusing revelation. There was a time, she said, when she happily told her dad that she ranked No. 3 in class. So, her father threw her a party. Little did he know that Mother’s class only had five students! Back then, she was already such a “character,” and someone who was hard to ignore and who’s so easy to love.

Kapuso fans now have 24/7 access to free online content via GETS (GMA EntertainmenT Shows). At www.gmanetwork.com/GETS, netizens have a myriad of options to watch. They will also build friendships within an online community and savor their interest in Kapuso shows and stars.

Read Next
Love Knots, August 22, 2020
EDITORS' PICK
Get 80% OFF Ignite 2020 Cyber Tickets starting 28 September
Lakers, Heat start their preparations for NBA Finals
Palace blasts Facebook ‘censorship:’ Why only take down pro-gov’t pages?
Water remains our saving grace right now
Smart poised to turn PH into ‘Smart 5G country’ with nationwide rollout
‘Psychic numbing:’ When people stop giving a damn about the pandemic
MOST READ
‘I offered to resign’ because of endless corruption, says Duterte
Duterte tells Facebook: Why keep operating in PH if you can’t help us?
Duterte keeps Metro Manila under GCQ for entire October
Cayetano, Velasco to be flanked by supporters during Duterte meet
Don't miss out on the latest news and information.