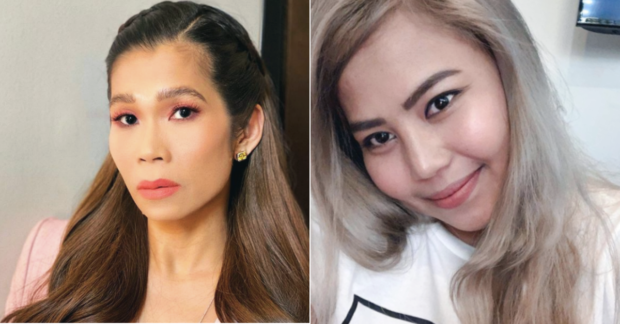 Pokwang lashed out at former “Pinoy Big Brother” housemate Baninay Bautista for posting a vlog about being positive for coronavirus, weeks after she recovered from the disease.

The “Chika Besh” talk show host said that the vlogger caused her to panic about the diagnosis because Bautista was a guest at her game show recently, as per her tweets yesterday, Aug. 19.

Pokwang (real name: Marietta Subong) did not mention the show, though she hosts “Fill in the Blanks” with Jose Manalo on TV5.

The comedienne did not hold back as she addressed Bautista.

(We panicked because of your vlog f*ck you! It’s a late upload and your results were negative last Aug. 2!! Don’t use having COVID as a way for you to earn. You even said that you would give updates, but you are negative right? You caused [others] to be nervous and spend!)

Bautista’s vlog ends with her saying that she is going to a quarantine facility and that she will provide updates on her situation.

(You got sick on July 21 and on Aug. 2 you were OK already, you were negative already! Aug. 16 you played with us, we panicked because you didn’t say in your vlog that it was a late upload! You just want to trend!)

Pokwang also claimed that Bautista was not responding to calls from the show’s staff.

The vlog has a disclaimer in the comments section that says it was filmed on July 21. It appears to have been added after Pokwang’s call-out.

Though Bautista did not respond directly to Pokwang’s tweets, her boyfriend, Bont Oropel, defended her on Twitter. He has his own vlog about his experience with COVID-19 where he detailed how his father died of pneumonia.

He said that Bautista entered the show with negative test results and that she did not deserve the “hurtful” comments. He said that the vlog was made to provide inspiration and not to profit from it.

In response, Pokwang insisted that Bautista should have been “responsible” in uploading the vlog.

(In these times be a responsible vlogger! Not one who is just after money… don’t be like that!)

(I sympathize with what happened to you, but what I am saying is your GF should have uploaded it properly so that she would not have to cause panic among the people she was with, and she did not declare on the show that she had been sick! I have children and a mother who is ill, so my reaction is only natural!)

Bautista appeared to have addressed the matter, based on her tweet last night.

Angel Locsin on COVID-19 positive vlogger who’s critical of her: ‘Nobody deserves COVID’