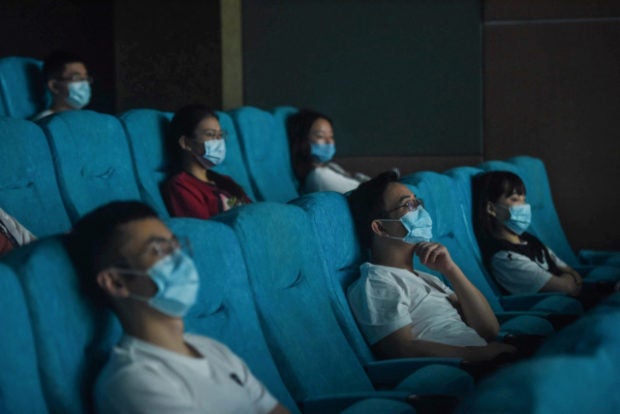 Almost 19 years after its original release in movie theaters, the first film based on the famous book series by J.K. Rowling is in the process of becoming the second one in the franchise to reach a billion dollars in box office takings after “Harry Potter and the Deathly Hallows — Part 2”.

It is an accomplishment that is comforting industry players in the midst of the global health crisis, although the box office figures remain far lower than those of last year.

In order to attract cinema-goers back into theaters, the Asian market has been focusing on “safe bets” like the first work in the “Harry Potter” saga.

And it appears to be working for the cinemas and for Warner Bros. as the first title, “Harry Potter and the Sorcerer’s Stone” (known in the United Kingdom as “Harry Potter and the Philosopher’s Stone”), available in 3D and 4K, has accumulated 13.6 million dollars (approx. P660.6 million) in additional box office receipts. This feat was reached in just three days across 16,000 screens, including 2.1 million dollars (approx. P102 million) from 594 IMAX screens, Deadline reports.

The success of the Christopher Columbus-directed film helped the Chinese box office achieve its best weekend since the country’s cinemas reopened, with a total take of 21.9 million dollars (approx. P1 billion), according to The Hollywood Reporter.

Cinemas in China reopened their doors to the public four weeks ago, following the lockdown decrees rolled out in January due to the COVID-19 pandemic. A sluggish recovery for an industry that has been struggling since the health crisis began, as overall numbers show a year-on-year decline of 92.8%, according to The Hollywood Reporter.

Theaters still have to address a slew of health safety measures that are still in place, such as a limited number of screenings, physical distancing, as well as the fear of returning to an enclosed space for some spectators.

The first “Harry Potter” film is not the only movie to be drawing crowds as a re-release as Christopher Nolan’s “Interstellar” also garnered 1.3 million dollars more (approx. P63.1 million) at the box office in China, which is a good indication for the box office sales of the filmmaker’s upcoming movie, “Tenet”, set for release in China on Sept. 4, and for the re-release of “Inception” on Aug. 28. CC

Harry Potter, Spielberg, Nolan and 4DX to the rescue of British cinemas