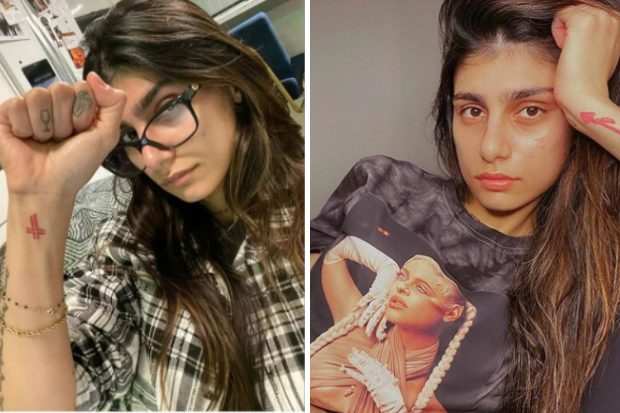 “LET’S RAISE SOME MONEY TO BENEFIT LEBANON’S MOST VALUABLE ASSET AT THIS TIME OF CRISIS, THE LEBANESE RED CROSS,” she noted on the item’s description on the site.

Khalifa noted that she will be adding more to the auction for every $25,000 (around P1.2 million) raised. For the $100,000 milestone, she last added her retainers to the prize.

“The novelty glasses are the best prop, I will sign them (if you want), and take one last polaroid wearing them before sending them off to their new home!” she added.

The former adult film actress, who is also a known activist, shared the news yesterday, Aug. 11, via Instagram as she gave her two cents on the resignation of Lebanese government officials following the blast.

“The Lebanese government has resigned. Parliament is next. By choice or by force, either way, Lebanon has had enough while simultaneously having NOTHING,” she said.

Khalifa also asked followers to support the Lebanese Red Cross and other non-government fundraisers as she threw some strong words against corrupt officials of the Lebanese government.

“Keep sharing the links for fundraisers by the people, for the people, and DO NOT DONATE A SINGLE PENNY TO THE CORRUPT GOVERNMENT BACKED ORGANIZATIONS,” she stressed.

“The ones who hoard relief money, medical supplies, and food — only to re-sell to the Lebanese people at a 150% mark up. The ones who sit behind and watch the famine, economic collapse, and displacement of their own people on tv from their vacation homes in London, France, and Australia,” Khalifa added.

The auction has been verified by both eBay and the Lebanese Red Cross, according to Khalifa.  /ra