The awakening of Liza Soberano If you suddenly found yourself dealing with anxiety attacks or low self-esteem issues some time over the course of “the world’s longest lockdown” in this COVID-19-stricken part of Asia, Liza Soberano wants you to know you’re not alone. Liza, who’s about to finish her first year as a Psychology student in Southville International School and Colleges, disclosed to a panel of journalists last Friday that she has since decided to make “Day by Day” her theme song because “we’re facing too many crises these days, so it’s important to constantly keep resetting our minds, feelings and emotions [to help us cope with the difficulties].”

The actress explained, “These past few days, I’ve been trying to get off social media and not read too much because while it’s important to [be aware of what’s happening around you], we also need to take care of our mental being. And you can do that by focusing on things that make you happy. It’s important to take a break [from all the noise].”

Liza isn’t just saying niceties. In fact, in the beginning of the Metro-wide quarantine, the 22-year-old screen sweetheart admitted without batting an eyelash that she sometimes found herself crying because of feelings of helplessness and uncertainty—reactions shared these days by so many Filipinos, whose busy lives were brought to a screeching halt by the pandemic.

“It’s weird not to be doing anything when you’re used to doing something all the time,” she shared. “Before the lockdown, I already had a routine of waking up at 5 in the morning to prepare to go to taping. On weekends, I would shoot commercials. Then, suddenly, nothing—it was ‘deafening silence!

“I thought, ‘Is this the end of the world? Is this the end of my life? At first, I didn’t know what to make of it. But I soon realized that there’s more to life than all that. There are so many things I need to figure out about myself and the future. And over the course of the quarantine, I’ve learned to love myself even more.”

Deeply intimate and welcome disclosure like this couldn’t have come at a better time than during the launch of Nivea Blooming Pink Range’s “ComeIntoFullBloom campaign in the midst of NCR’s return to modified enhanced community quarantine last week, where Liza was joined by “Ang Probinsyano” star Yassi Pressman and beauty vlogger Raiza Contawi during the virtual event.

Like the similarly lovely Yassi, there’s nobody more suited for the impressively organized beauty-and-wellness campaign that is as much about self-care as it is about skin care.

Put in place for the virtual launch was a fun and relaxing atmosphere that allowed us to get more intimate with Liza and Yassi, far removed from the time-consuming and rigidly by-the-numbers “show biz” press cons that were the norm in prepandemic times. Later on in the launch, even Liza was “game” enough to show attendees a breezily choreographed number to pitch the product, realized with the help of boyfriend Enrique Gil naturally.

At the event, we were also just as thrilled to quickly catch up with ABS-CBN’s MJ Felipe and TV5’s MJ Marfori, dear friends in media we haven’t seen in a long time. So, kudos, Nivea and Castro Communications.Like the happy circumstance of reconnecting with old pals, Liza said she was only too happy to embrace any form of normalcy these days. Being a student, she said, has taken her mind away from all the doom and gloom happening around her.

“School keeps my mind running. I am enjoying my time as a student,” she mused. “I started going back to school two years ago, but this [arrangement] is even better. Back then, I had to go to school once a week or twice a month, which was something I couldn’t really commit to doing [because of my schedule].

“But the quarantine gave me the opportunity to really focus on my studies and attend school more often. So, in a way, even if it’s not really the regular classes as we know them, they feel like ‘regular’ to me because there’s a regular schedule I need to adhere to.

“I feel like I’m learning a lot. In the beginning, the intention was to take psychology as a prelaw course because I wanted to become a lawyer. Then, I realized I didn’t want to have anything to do with the law or politics in general (laughs). So now, I just want to be a counselor and help people who are dealing with mental health issues.”

More than dealing with personal endeavors she had little time to focus on before the pandemic, the political and social unrest that soon engulfed the country triggered an “awakening” of sorts in Liza.

It’s a testament to the actress’ likability as a public figure that she doesn’t get trolled as brutally as the other celebrities who speak their mind about the injustices they see, or the culture of impunity in government that has been spreading like wildfire.

For many people, the urge to protect or respect Liza’s views is stronger than their need to put her on the spot—an enviable ability for any celebrity of her stature to possess. 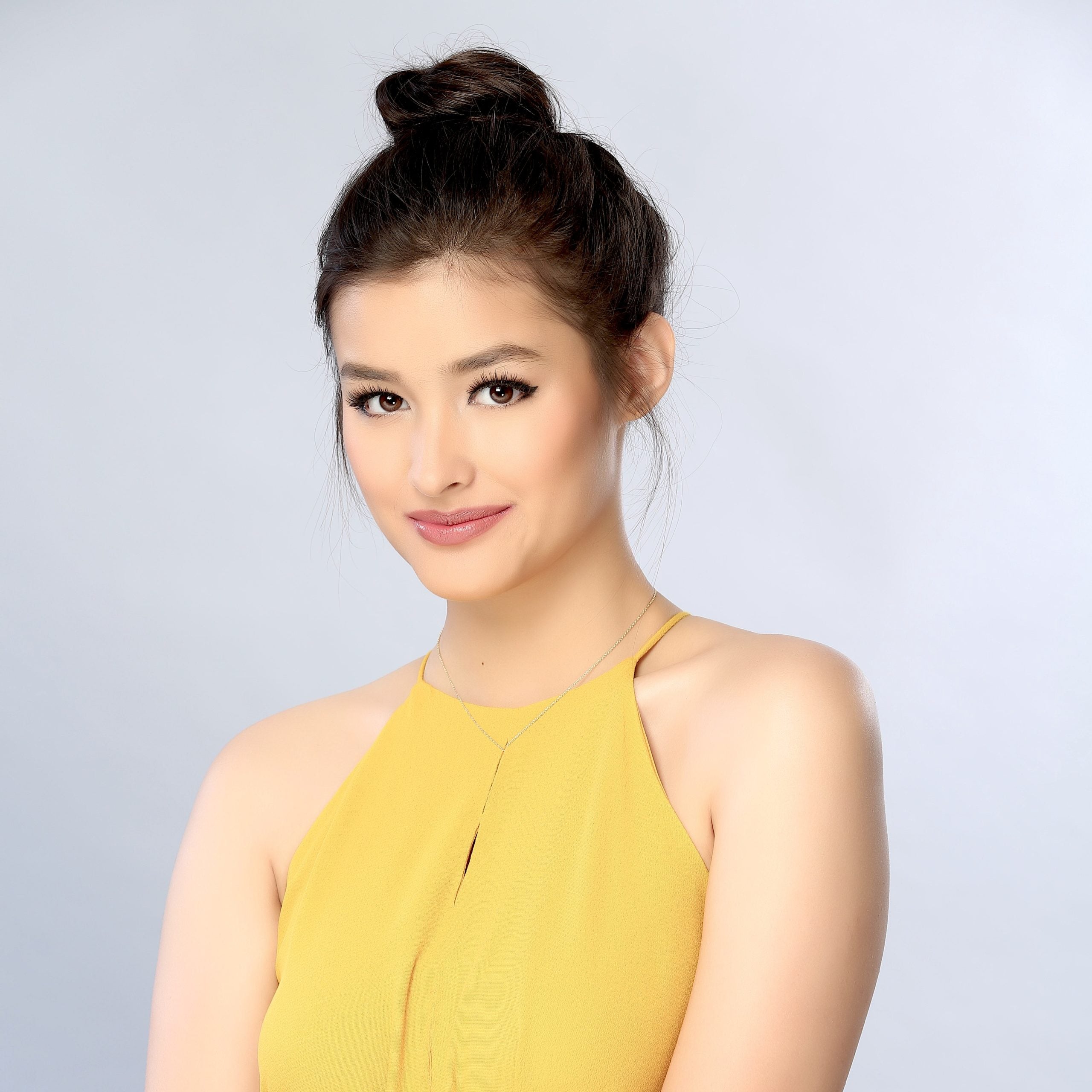 When we asked Liza how she thought women her age could “come into full bloom” in times of unrest and global disasters, she stressed the importance of knowing oneself and the things that affect her.

“The issues that came out during the lockdown became eye-openers for a lot of people, including myself,” she admitted. “Before this, I wasn’t as vocal or outspoken because I was scared of what the public would say. But I eventually gathered the confidence from other people I admire, like Ate Angel (Locsin) and Ate Bea (Alonzo).

“I realized that I’m the type of person who fights for what I believe in. I decided to make a choice, to stand up for what’s right. When I saw that Ate Angel and Ate Bea were fighting, it also encouraged me [to let my voice be heard]. But the way I fight is through emotions, which can sometimes be a bad thing.

“It’s best to weigh things out carefully when I’m speaking because I know that my work can influence or have an impact on a lot of people. Also, I make sure that I keep an eye out on the younger women, the younger generation … so I can inspire people in a good way.

“So, for people who want to come into full bloom, they really need to get to know themselves better and love themselves before anything or anyone else, because media feeds us a lot of things that influence. You have to set aside your biases and get to the core of things.

“Think for yourself, know what your thoughts are about something—and that’s what I’m trying to focus on. Despite everything, there’s always something to be hopeful about.”

After disclosing to us that she had just spoken to Star Cinema executive Olivia Lamasan about a movie idea for Liza that the company is toying with, we asked the actress what she sees herself doing if she has to quit acting or other causes she’s advocating.

“It’s my dream to become a humanitarian. I’m reading up right now on the most famous humanitarians we have,” she said. “I’ve also been very vocal about children’s rights. I admit I don’t know everything about the urgent issues of the world, but I’m trying my best to understand the difficult situations we’re facing and figuring out what my true opinion is about them. “We easily get affected by the things people say and we take them to heart. We never forget if someone says, ‘Oh, you don’t look pretty enough’ or some other putdown. We tend to talk about it too much. But, does that really matter? What truly matters are the people close to us.

“People should be more aware or conscious of the words they say to other people. We should try to be nice to everybody, especially because we’re all going through something right now. A lot of people lost their jobs, so it’s not the right time to pick on people’s flaws or poke fun at them. It’s time for us to connect and work together if we have to survive this crisis.

“We only have one earth, and we were given one life, so let’s make the most of it! I just hope the coronavirus would end soon so that our front-liners can breathe a little bit. Hoping for things to go back to the way it was would probably be impossible at this point. But there’s nothing wrong with being hopeful, right?”