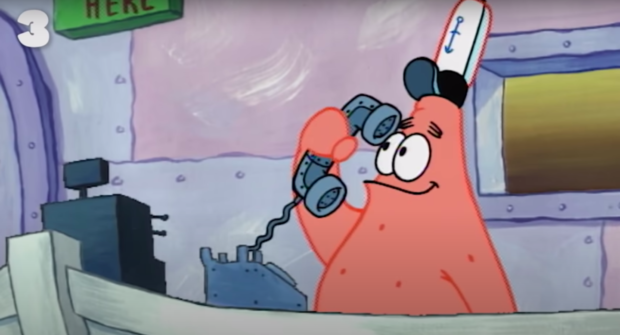 The project will also revolve around Patrick’s family and will be headed by the team behind “SpongeBob SquarePants,” as per an exclusive report by Deadline yesterday, Aug. 10.

Voiceover recordings have already begun with actor Bill Fagerbakke lending his voice to the pink starfish.

The spinoff will also consist of mostly all-new characters voiced by a fresh set of actors. However, the original “SpongeBob SquarePants” cast members are set to reprise their roles in occasional appearances on the show.

According to the report, the program’s first season will run for 13 episodes.

Along with the upcoming “The Patrick Star Show,” Nickelodeon announced last year that another spinoff titled “Kamp Koral” is already in the works. The said program will revolve around a 10-year-old SpongeBob SquarePants at a summer camp.

“Kamp Koral” is set to premiere on the streaming platform CBS All Access next year. Ryan Arcadio /ra

Read Next
WATCH: John Regala reconnects with son John Paul Kieffer as health improves
EDITORS' PICK
Tired of your Wi-Fi signal problems at home? Here’s a solution!
Concepcion: Consider vaccine passes once herd immunity reached in NCR Plus
Must-know scams to avoid when buying cars
Patients evacuated as fire hits PGH
Average new COVID-19 cases daily in NCR down 30%
POVA x Mobile Legends Bang Bang: A partnership that’s built to win
MOST READ
Patients evacuated as fire hits PGH
Mikey Garcia ‘not getting hopes up’ as Pacquiao fight yet finalized
Go pushes bill seeking creation of Center for Disease Control and Prevention
Dave Bautista on his Filipino grandfather, living with regret and being around superheroes and zombies
Don't miss out on the latest news and information.