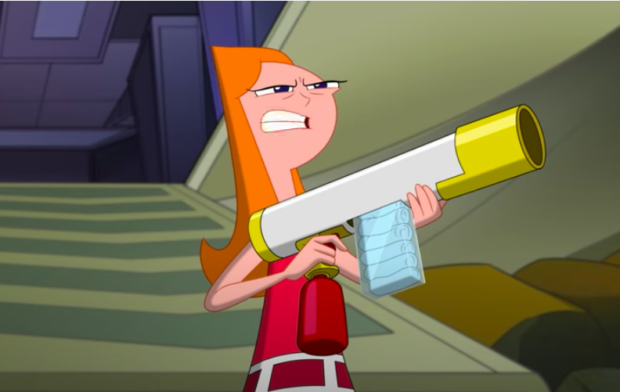 Candace Flynn, voiced by Ashley Tisdale, in a teaser for “Phineas and Ferb The Movie: Candace Against the Universe” (Image: screengrab from YouTube/Disney)

The new “Phineas and Ferb” movie has finally dropped its first trailer, and sends everyone’s favorite older sister in her own intergalactic adventure.

Disney released the “Phineas and Ferb the Movie: Candace against the Universe” trailer last Wednesday, Aug. 5, via YouTube, delighting fans—young and adults alike.

The movie, based on Disney’s beloved Emmy-winning animated series “Phineas and Ferb,” is slated for release on Aug. 28 exclusively on streaming platform Disney+ (Disney Plus).

It will see the return of American actress Ashley Tisdale as the voice for Candace Flynn, who gets abducted by aliens, forcing genius stepbrothers Phineas and Ferb on a journey through outer space to save their sister.

Candace was not alone when she was taken from Earth, however, as new footage showed that she actually got abducted alongside Vanessa, daughter of the evil Dr. Heinz Doofenshmirtz.

With the situation at hand, Phineas, Ferb and the rest of the gang will be joined by Doofenshmirtz himself in their effort to save the two abducted teenagers.

With the mad scientist’s genius adding to the already powerful brainpower of the Phineas and Ferb, the gang will set for the stars aboard “Galactic Travel-inator”—which is, of course, just a spaceship with Doofenshmirtz’s branding.