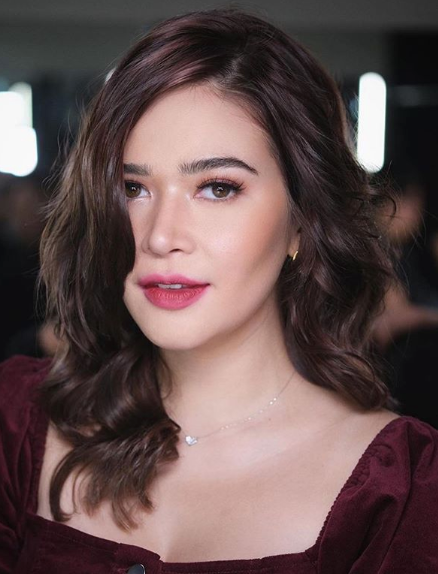 Bela Padilla has been nominated for the coveted Best Actress award at the Seoul International Drama Awards (SDA) 2020 for her role in the 2019 ABS-CBN crime drama “Sino ang Maysala?”

Padilla was recognized for her portrayal of Juris in the said television series (internationally titled “Mea Culpa”), the award-giving body announced yesterday, Aug. 6.

“Sino ang Maysala,” which ran for over three months, has likewise been nominated under the Serial Drama category along with seven other foreign shows.

The British-Filipino actress has since expressed her gratitude through social media. Through Instagram Story, she said, “Thank you so much for the nomination!!! and from one of my favorite countries too!” 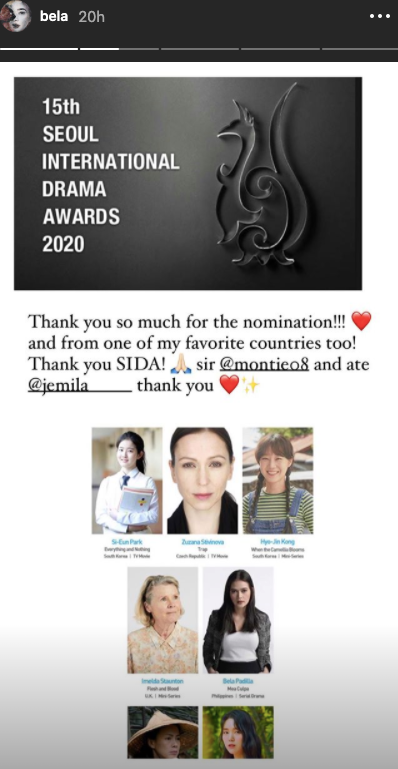 Padilla also took pride in being nominated alongside British actress Imelda Staunton, who is known for playing the infamous professor Dolores Umbridge in “Harry Potter and the Order of the Phoenix.”

“Thank you!!! To be nominated with Ms. Hyo Jin and professor Umbridge herself!!!!! is honestly the most kilig part for me,” she said via Twitter on the same day.

Thank you!!! To be nominated with Ms. Hyo Jin and professor Umbridge herself!!!!! is honestly the most kilig part for me 😂❤️✨ https://t.co/ubhxaU4BIw

The SDA, South Korea’s only international television festival, recognizes excellence in television drama from around the globe. A total of 212 entries from 41 countries were screened this year, according to its organizers.

Padilla was nominated along with six other actresses, namely South Korea’s Si-Eun Park (“Everything and Nothing”), Hyo-Jin Kong (“When the Camellia Blooms”) and Ji-Eun Kim (“I Have 3 boyfri3nds”), Czech Republic’s Zuzana Stivinova (“Trap”), Taiwan’s Shu-qin Ke (“My Father’s Words”) and the United Kingdom’s Staunton (“Flesh and Blood”).  /ra