After recovering from virus, Domingo vows to clear name

SALZBURG, Austria — Placido Domingo returned to Europe to receive a lifetime achievement award after a bout with the coronavirus, vowing in an interview with a top Italian daily newspaper to clear his name from allegations of sexual misconduct.

The opera legend’s appearance Thursday to accept the award from the Austria Music Theater was his first in public since recovering from the virus at his home in Acapulco, Mexico. 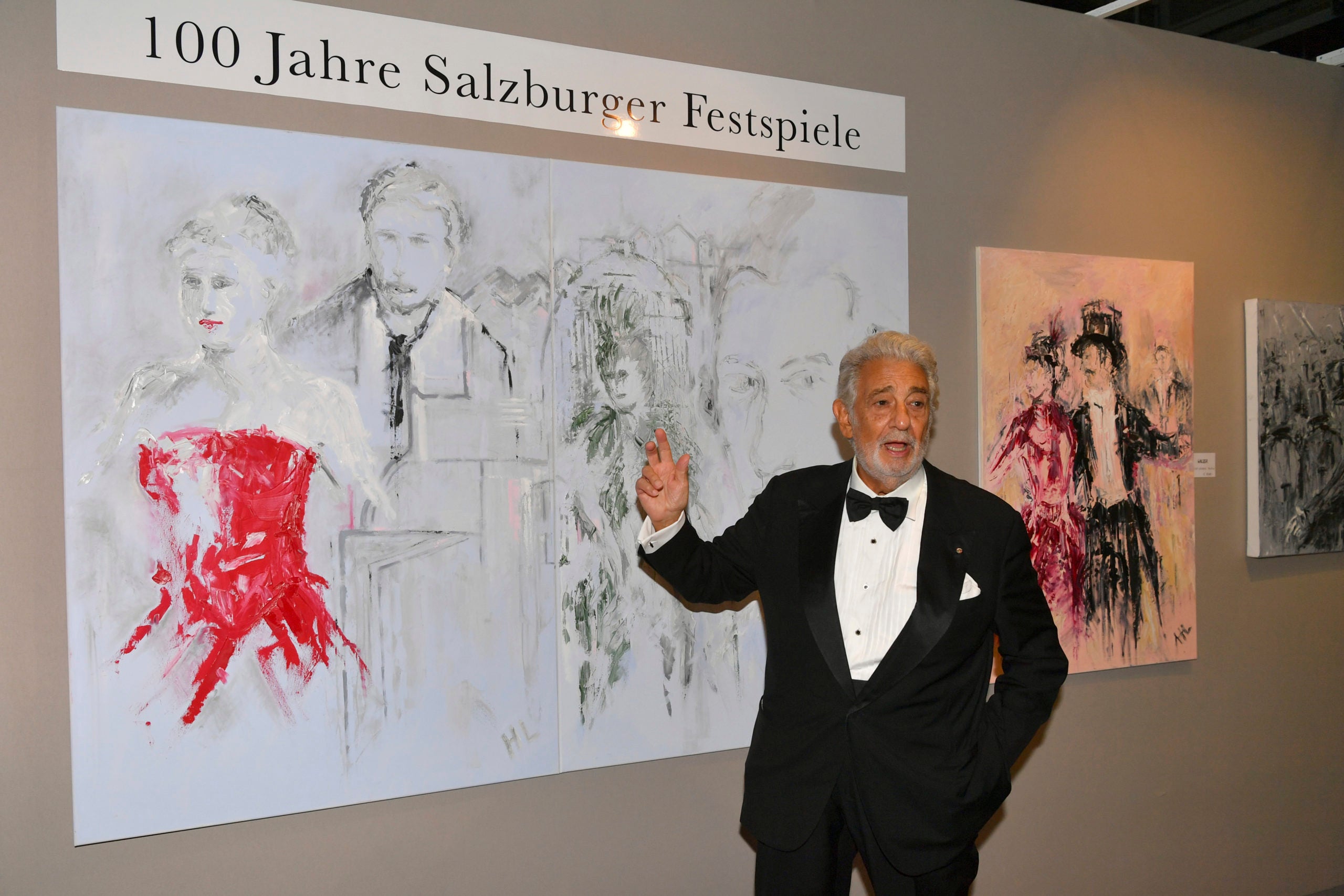 ”It is a true honor to be here and witness the first few rays of happiness and hope after having succumbed and survived the COVID-19 virus,” he said. ‘In these past months of lockdown, we have known our fragility. Our theaters across the world have been closed and silenced. But it is precisely in these times we discover our inner strength and resolve.”

Earlier, Domingo, 79, told La Repubblica that his illness made him ”no longer afraid to speak out” about the allegations reported by The Associated Press that virtually ended his performance career in both the United States and his native Spain.

”When I knew that I had COVID, I promised myself that if I came out alive, I would fight to clear my name,” Domingo said. ”I never abused anyone. I will repeat that as long as I live. ”

In AP stories last year, multiple women accused Domingo of sexual harassment and abusing his power while he held management positions at LA Opera and Washington National Opera, with dozens of people saying his behavior was an open secret in the opera world. Most of the women spoke on the condition of anonymity.

The allegations split the industry, with U.S. opera houses canceling Domingo’s engagements and Europe houses mostly sticking by him. He is about to embark on a busy fall European calendar, including performances in Caserta near Naples, the Verona Arena, and Milan’s La Scala.

Investigations by the American Guild of Musical Artists and LA Opera found allegations of sexual misconduct against Domingo to be credible.

Domingo told La Repubblica that an apology issued last spring after AGMA’s investigation concluded he had engaged in ”inappropriate activity ranging from flirtation to sexual advances, in and outside of the workplace” had been widely misinterpreted.

”The presumption of innocence in my case crumbled when the media published a text of my apology,” Domingo said.

He noted that his statement had been prepared to comply with a union request, but was released early after the AP broke the news of the investigation results.

Domingo said the text released to the media ”looked like a mea culpa,” and ”very much lent itself to that impression” that he had given a full admission of guilt. In that statement, sent to the AP on Feb 24, Domingo said to the women who accused him of misconduct, “I am truly sorry for the hurt that I caused them. I accept full responsibility for my actions.”

He sought to remedy the impression at the time by quickly amending the apology with a message on Facebook, saying in part, “I have never behaved aggressively toward anyone, and I have never done anything to obstruct or hurt anyone’s career.”

Speaking to La Repubblica, Domingo said that his career had been damaged ”enormously” by the allegations.

”And I am not thinking only of the career,” he said. ”It hurts me to be described in this way. I have read even heavy insults lodged against me. Those who write underestimate the hurt they can do.

They speak of me as if I have been tried in a court on precise charges, but it is not the case. This ambiguity is not acceptable. I will never stop saying the truth.”