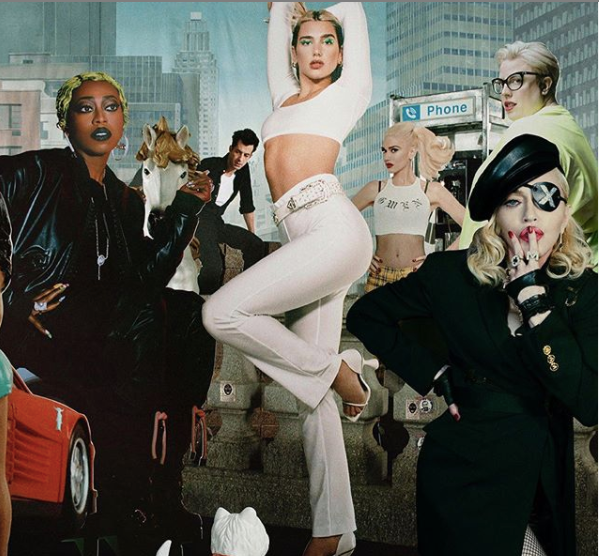 Dua Lipa is teaming up with fellow high-caliber artists for a remix compilation of her 2020 album “Future Nostalgia”.

Lipa is elevating her hit songs through collaborations with popstars Madonna and Gwen Stefani, rapper Missy Elliott, and DJs The Blessed Madonna and Mark Ronson.

The “Club Future Nostalgia: The Remix Album” will be released on Aug. 21, as per Lipa’s Instagram post yesterday, Aug. 5.

In anticipation of the remix album’s launch, a version of “Levitating” featuring Missy Elliott and Madonna will be free for listening on Aug. 14.

A version of Lipa’s dance track “Physical” remixed by Ronson, featuring Stefani, will also be included in the new album.

“ALL FUTURE NOSTALGIA TRACKS [AND] THEN SUM REMIXED BY [YOUR] FAVES AND MANY MANY MORE SURPRISES!” Lipa teased.

A collaboration between Miley Cyrus and Lipa might also be in the works after the two met up with American music producer Andrew Watt.

Without mentioning her upcoming remix album or any hint of a collaboration, Lipa likewise posted about her interaction with Watt and Cyrus today via Instagram.

“Future Nostalgia” is the 24-year-old British singer’s second studio album after her self-titled track compilation in 2017. For her sophomore album, Lipa gave life to 11 upbeat, disco-flavored, power-pop songs, which she all co-wrote. NVG