Controversy over 2 sets of health and safety protocols for film, TV and AV productions heats up | Inquirer Entertainment

Controversy over 2 sets of health and safety protocols for film, TV and AV productions heats up

Two sets of health and safety protocols for film, TV and audiovisual productions now exist: one drafted by the Inter-Guild Alliance (IGA), representing different sectors in the industry; and the other by the government, through a Joint Administrative Order (JAO) signed by the Film Development Council of the Philippines (FDCP), Department of Health (DOH) and Department of Labor and Employment (Dole).

FDCP chair Liza Diño, in an interview with Inquirer Entertainment, admitted having had a “misunderstanding” with members of the IGA about the newly drafted health and safety protocols.

On May 19, the IGA, a community-based network representing different sectors in the film, television and advertising industries, made public 38 pages of health and safety protocols, which it “recommended to be implemented in the interim period that COVID-19 remains a threat.”

The protocols were drafted in consultation with the Director’s Guild of the Philippines Inc. (DGPI) and the Philippine Motion Pictures Association (PMPA).

On June 11, the FDCP released JAO No. 2020-001, on the “Health and Safety Protocols for the Conduct of Film and Audiovisual Production Shoots and Audiovisual Activities During COVID-19 Pandemic,” effective immediately and signed by Diño, Labor Secretary Silvestre Bello III and Health Secretary Francisco Duque III.

The release of the JAO drew surprised reactions from the IGA, PMPA and DGPI. They said Diño knew they were drafting the IGA protocols a long time ago and that she had even attended Zoom meetings with them to discuss the matter.

In a recent statement, the DGPI referred to the JAO and the FDCP’s most recent advisory as indicators of “a disturbing turn of events about the mandate of FDCP … The group protests and denounces its overreach into regulatory and oversight functions over productions.”

The DGPI also said that the FDCP, and other government agencies should first consult stakeholders—actors, directors, producers, among others—before coming out with orders. “The FDCP … does not necessarily represent film workers or producers regarding [its] position on regulatory matters,” the DGPI said.

Meanwhile, Diño explained to Inquirer Entertainment: “When you come up with a government issuance, it has to go through a process. I know that the IGA worked hard to put that protocol together. I just think nagkabaliktad kasi ang proseso. There should first be a government issuance, then you draft your protocols based on that.”

Diño confirmed participating in Zoom meetings with the said film-related groups while drafting the IGA protocols. “This was to encourage them to send their recommendations that we can incorporate to the government issuance,” she pointed out.

“I was surprised that they already told some stakeholders that their protocols will be used as the baseline when the JAO’s final version wasn’t even in place yet. Based on our meetings, the proposal was that their group would submit the protocols to us as recommendations so that our partner agencies—Dole, and DOH—can consider and incorporate them. We cannot use the IGA protocols by itself as a government issuance. There are existing laws in place that must be considered, as well as minimum health standards set by these agencies, that we must adhere to.” 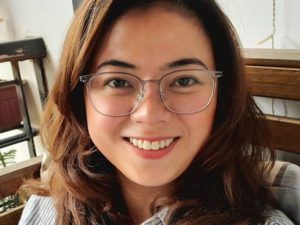 There lies the problem, Diño said. There were provisions in the IGA protocols that do not align with the government issuance in accordance with the assessment of the agencies. She cited several points: “First, they were insisting that there have to be 70 people in one production at any given time. But because we’re experiencing a pandemic, we have to be conservative. The DOH is allowing only up to 50 people per day. If we agree to this [70 people], contact tracing will be more difficult in case one of them tests positive for the COVID-19 virus.”

Second is the IGA protocols’ procedure on incident response to COVID-19 positive cases.

She added that the JAO created a streamlined process for this. “If these companies registered their productions, the FDCP can be the one to coordinate with the LGUs (local government units) by notifying them about these cases, especially if they involved multilocation productions shoot. There is a central body that monitors the movement of workers from one location to another. This is important for contact tracing measures.”

Diño said that in the event that “you have confirmed positive COVID-19 cases in the production, you have to shut it down. The IGA protocols leaves it to the discretion of the producers to shut down or not. That is not a government protocol and that can be very dangerous for the workers. All workplace and production sites with confirmed cases have to be shut down. There are procedures that must be followed to ensure the safety of workers, especially those who were exposed.”

Another point, said Diño, was that the IGA protocols document was written in such a way that it made use of a lot of industry jargon. “You have to remember that this is not just for us here in Manila. The entire Philippines will be reading and using this,” she stressed.

Diño said that Republic Act No. 11058, or the OSH (occupational safety and health standards) Law has been in effect even before the JAO, and that it covers all work sectors including the film industry. “Now that the Dole has stepped up to address the needs of the film workers, it has spotted a lot of violations under the OSH Law,” she said, “like the working conditions of film workers, for example.”

Diño also pointed out that the JAO was created “to help the industry to open up, not to give industry people a hard time, not to kill the industry. With the pandemic we’re experiencing, an industry cannot operate without existing protocols. An example here is the situation of our barbershops. They had to wait for the creation of their protocols before they were finally able to operate.”

Diño said the fact that the JAO also covers other audiovisual productions “is actually a good thing … Yes, the FDCP should only concern [itself with] the film industry, but with the Dole and DOH’s participation, we were able to cover other sectors.

“For example, a company registered a fashion event with us recently. The LGU wouldn’t have allowed this project to happen because it was considered a live event, but because they referenced the JAO, the LGU gave them permission and they were able to resume work already.”

Diño said that the FDCP participated in the creation of the JAO “because this is also for our stakeholders. The other sectors can benefit from the JAO, too, because the Dole and DOH have coverages over all of them,” she explained. “The FDCP hasn’t changed its goals. It’s still for the film industry. It’s just that the JAO has to be encompassing.

Diño pointed out that under RA 11058, the enforcement of the JAO is the job of the LGU and the Dole.

“The FDCP will simply be in charge of the project registration forms, which we already streamlined. You just go to the website, fill up the form, and then submit,” she said.

One aspect of the registration that drew a lot of flak was the question on the estimated budget. Asked to react to this, Diño said: “We’ve already removed this since some people said they’re not comfortable disclosing their budget. You see, the information was just for the FDCP’s data. We had hoped that by the end of the year, we would be able to come up with an estimate of how much was spent on production work, and would be able to credibly say that even during the pandemic we were able to produce content.”

Sadly, Diño said, none of the film production companies has registered with the FDCP yet.

“There were others that already complied, like GMA 7, and some producers of live events. We appreciate the team of [the band] Ben&Ben so much. They submit diligently. They even post photos of how they are complying with health and safety protocols,” she declared.

Diño said the council recently assembled what she called were “safe filming kits,” which contain masks, gloves, face shields, thermal scanners and foot bath mats “for productions that need support in order to comply with the health and safety protocols.”

“The FDCP lauds the efforts of the IGA for gathering the whole industry together in order to come up with [the IGA protocols] to prioritize the health and safety of film workers. Hopefully, we can find a resolution to the issue and work together again. The FDCP still has so many plans to support them,” she said.