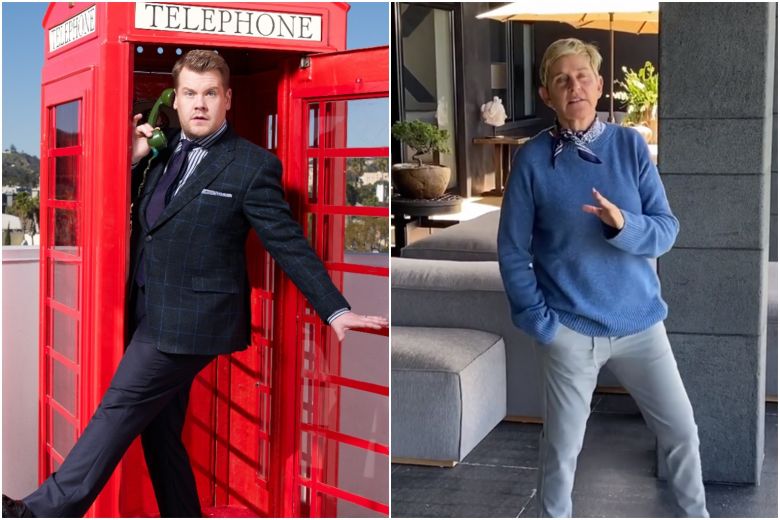 A source told The Sun that James Corden (left) has long been seen as the “long-term successor” to Ellen DeGeneres even before allegations surfaced.PHOTOS: CBS, ELLEN DEGENERES/INSTAGRAM

SINGAPORE — As The Ellen DeGeneres Show becomes increasingly embroiled in scandal, James Corden, host of CBS’ Late Late Show, is reportedly in talks to replace her.

Citing an insider, The Sun reported on Saturday (Aug 1) that Corden, 41, has long been seen as the “long-term successor” to 62-year-old DeGeneres even before allegations about the show’s toxic work environment surfaced.

Corden, a Briton, has risen to fame with the popularity of his show, which includes segments such as Carpool Karaoke, which involves Corden and a musical guest singing along to the latter’s songs during a car ride. Drop The Mic, a segment in which Corden and guests engage in rap battles, has also proven popular.

The source told The Sun: “James and his team have been trailblazers in modern TV, taking the once considered graveyard chat show slot into a cutting edge format with huge online, social media and global recognition.”

The source added that Corden already “has a huge devoted audience, global appeal and is loved by Hollywood”.

“Replacing Ellen was always going to be a tough challenge, but he is a natural fit and easy transition. James would freshen up daytime and with a free hand would be allowed to build a new afternoon era.”

Warner Bros Television, which produces the show (2003 to present), subsequently conducted an internal investigation into complaints ranging from bullying to racism among production staff. It found that while “not all of the allegations were corroborated, we are disappointed that the primary findings of the investigation indicated some deficiencies related to the show’s day-to-day management”.

Last Thursday, DeGeneres apologized to the staff of her show, saying she was taking steps to improve the culture on set.