Ed Sheeran opens up about the pitfalls of fame 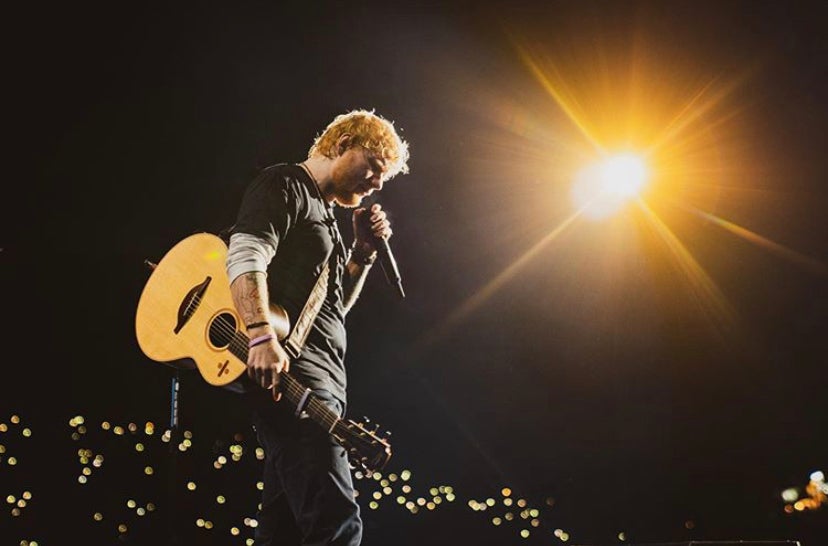 Despite the tremendous success of Ed Sheeran’s second album “x” and its supporting world tour in 2014 and 2015, that period in his life, the pop star revealed, was one of his most difficult.

In a documentary for an online wellness summit organized by Hay House, Ed opened up about the pitfalls of fame, his “addictive personality” and its toll on his physical and mental health.

“The buses would park underneath the arenas and I would sleep all day. And then I wake up, come out, do the show, drink, get back on the bus and I didn’t see sunlight for maybe four months,” he recounted in the interview, which was filmed prior to the COVID-19 pandemic, but was uploaded to YouTube only this month.

“It’s all fun and games at the start, all rock and roll … and then it starts getting sad. That was probably like the lowest that I have been. I kind of ballooned,” the British singer-songwriter said.“I thought, ‘What was the point?’ In a dark way like, ‘Why am I around? What’s the point?’”

In the UK leg of his “x” tour—which had him playing 180 shows around the world—Ed became the first artist to headline a concert at the Wembley Stadium without any backup musicians or singers. He did it three nights in a row.

It was easily a career milestone. Ed, however, felt indifferently. “It sounds weird saying it but you don’t really feel anything. You would think it would be like, ‘This is it. I have made it. Oh my God!’” he said. “You get to Wembley and do it because it’s what you aim for. But then you finish it and you’re like, ‘What do I do now?’”

Dealing with his addictive personality meant he couldn’t have too much of the good stuff. And this inevitably affected his self-image.

“I’m covered in tattoos. I don’t do things by half, so if I’m going to drink, I see no point having only a glass of wine—I would rather have two bottles. Having a glass, something in moderation probably won’t affect you the next day. But two bottles of wine probably might make you quite sad,” he said.

He had gone on martini binges. He had experienced stuffing his face with ice cream and desserts until he threw up. He was also teasingly nicknamed “two-dinner Teddy,” because he always have seconds.

“I used to order two meals and eat that. Then you start putting on loads of weight and hate the way you look,” related Ed, who struggled with substance abuse in the past, too.

But he’s in a much better place at the moment, and a lot of it has to do with his wife, Cherry Seaborn, who helped him unlearn habits and make necessary lifestyle changes. “She exercises a lot, so I started going on runs with her. She eats quite healthily, so I started eating quite healthily. She doesn’t drink that much so I wasn’t drinking.”“I think that all changed things,” he stressed.

Another realization the 29-year-old folk-pop musician had is that success, as they say, truly isn’t the be all and end all. Fame and fortune came at the expense also of fractured relationships. Some people around him just started getting … “weird.” As it turned out, fame can magnify other people’s “insecurities.”

“I had family members turn weird or friends fall out with me and people stealing. It’s not the key to happiness. The number of people I don’t speak to anymore just because it just turned weird,” he related.

Ed is currently on hiatus after releasing last year his fourth studio album, “No. 6 Collaborations Project,” which had him working with such artists as Justin Bieber, Khalid, Cardi B, Eminem and Chance the Rapper.

“You can sense when the public is like, ‘OK, we have had enough now,’” he said. “One of the important things in the industry is to know when not only to give yourself a break, but to give the public a break.”

Read Next
How Ken helped ease Rita’s anxiety attacks during lockdown
EDITORS' PICK
PNP: Checkpoints back in MECQ areas
Water remains our saving grace right now
A gem of a residence in the new normal
Smart 5G goes live
Been there, done that but what’s the difference between MECQ and GCQ?
BREAKING: 3,226 latest COVID-19 cases bring PH’s total to 106,330
MOST READ
MECQ guidelines in infographics
MECQ in NCR, other areas: Mass transportation suspended, quarantine pass required anew
Doctors group to Duterte: ‘There was never a call for a revolt’
Want higher pay? Join the police force, Duterte tells nurses
Don't miss out on the latest news and information.