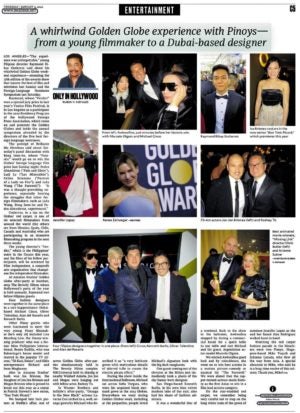 LOS ANGELES—How do you end something that has been your passion for over 15 years?

It took the longest time to begin writing this, my last “Only IN Hollywood” column for the Philippine Daily Inquirer. I stared at my laptop’s blank screen for what seemed like eternity.

Dear readers, how do I stop writing this column for you, which drove me since it debuted in PDI on April 8, 2005?

Meeting my deadline three times a week fired me up all these years. I rarely missed a deadline.

Even when I survived an accident on my birthday many years ago. From our house in LA, I was turning left on a green light when this driver, driving way past the speed limit, ignored the red light and hit me. My car was totaled.

After spending a few days in the hospital, I went home. With one arm in cast and in pain, I still wrote my columns. By dictating to my wife, Janet, and she typed the columns for me.

I wrote on cramped plane seats, at airport gates and lounges.

I turned in a couple of columns in one day several times when the Entertainment staff had to advance pages because of the Philippines’ seemingly endless holidays.

The few times I missed my deadlines were when I overlooked a deadline because of the aforesaid abundance of holidays in Manila. Or when I was traveling and being in a different time zone got me confused. 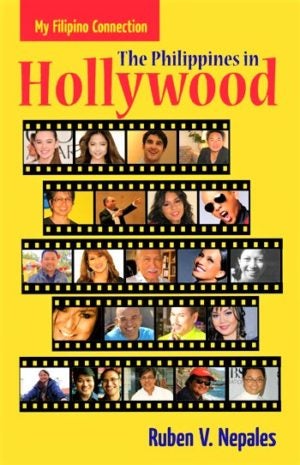 Or there were days when, for once, I was absolutely exhausted and could not even muster my usual determination to scribble some coherent sentences.

But otherwise, writing this column fulfilled me. My deadlines for my columns which appeared on print Thursday, Friday and Sunday in the Philippines were Monday, Tuesday and Wednesday (LA time).

So, majority of the week, I was thinking, planning and sitting down to write the three columns. Living and breathing it. So much so that Janet calls me an overachiever.

There’s friendly competition between us since she also writes a column for Manila Bulletin. Janet­—some of you know that I call her “Tweet”—likes to say that as we head home from covering the same event or interviewing the same talent, I have already written and sent my piece even as I was driving.

My Tweet is a wily rival. She sometimes goes to my desk and chats me up. But she is actually glancing at my laptop screen to see who or what I am writing in my next column.

We keep “scoops” a secret from each other until our columns come out. And when my or her “scoop” gets published, that is the time when she or I grudgingly say, “Ah, so you got to interview…”

As many of you know, I also took photos of most of the talents I featured, so choosing which pictures to use was a fun part. Over the years, I’ve come up with quite a collection of these photos which I am proud of.

Three nights (or days—sometimes I finished early) a week, it felt good to hit the send button to Rito Asilo, my editor, and Belle Bondoc-Roberto, Entertainment’s editorial coordinator.

Do you think I was done with my columns once I have emailed them to Manila? Three mornings each week, I woke up, excited to see my columns as posted online on Inquirer.net.

Janet always laughed when she saw me reading my column online, as if I was writing it from scratch and reading it for the first time.

In my column’s transition from PDI to Inquirer.net, there were usually some minor glitches—word spaces dropped, resulting in two words combined; missing byline or paragraph breaks. Of course, I fired off emails to the Inquirer.net staff. To their credit, they fixed those glitches right away. 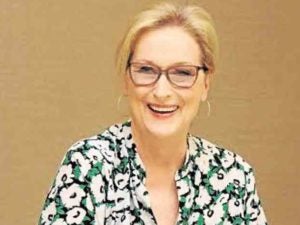 I write this with humor—either the good folks at Inquirer.net will miss my “kakulitan” (nagging) or will celebrate no longer receiving my “Please fix…” emails.

Speaking of missing, as I sit before my trusty laptop, I think of Letty Jimenez-Magsanoc (LJM), the late PDI editor in chief and a venerable icon of Philippine journalism, who embraced Emmie Velarde’s idea for me to have my first column. I owe a debt of gratitude to these two women, Emmie and Letty.

Louie Camino was the Entertainment editor during that time, but Emmie was closing the pages because he was ill. I am also grateful to Emmie for coming up with my column name, “Only IN Hollywood,” with the emphatic, all caps “IN.”

Under LJM, as she was fondly called, “Only IN Hollywood” began as a weekly column. Encouraged by the readers’ feedback, LJM asked me to write the column twice a week and then eventually, three times a week. 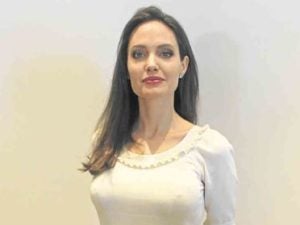 I miss LJM to this day. She had a personal touch. She took the time to write emails to me and insisted that I visit PDI whenever she heard that I was in Manila. She was the paper’s heart and soul. After LJM passed away on Christmas Eve of 2015, PDI was never the same again.

LJM famously helped overthrow a dictator, but on the side, she also loved Hollywood stories. I was glad to oblige, but I was happiest trumpeting about Filipinos or talents of Pinoy heritage making it on the world stage or whose accomplishments were not yet given the coverage they deserved.

Or, when I wrote about Hollywood stars, I was excited when I learned what has become known as their “Filipino connection.”

On this column’s second anniversary in 2007, I celebrated my “Filipino connection”: 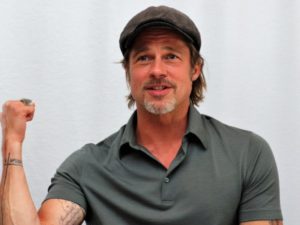 “It’s a tongue-in-cheek term my colleagues and I came up with to call a comment or a reply from a Hollywood celeb, a line from a movie, or anything that has to do with the Philippines that I can play up in this column.

“My Filipino connection sometimes comes from the most unexpected personalities. For example, I was sitting quietly in our press con with ‘The Phantom of the Opera’ director Joel Schumacher (he passed away last June), thinking that there was nil possibility that the amiable filmmaker has Filipino connection when, boom, he was suddenly talking about Imelda Marcos.

My first book, “My Filipino Connection: The Philippines in Hollywood,” which was published in 2017, is a collection of mostly my columns on this link to Manila. 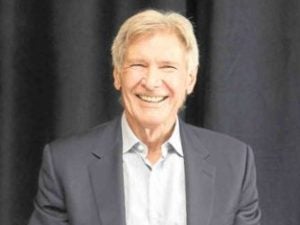 Aside from giving me a platform to highlight Filipino talents, this column also motivated me to write pieces that won prizes in journalism competitions.

In that regard, I thank my editors over the years for their eagle eyes and judicious handling of my columns: Emmie, Louie and Bayani San Diego Jr. (may they both rest in peace) and Rito.

And my gratitude to these ladies, journalists themselves, who, from 2005 to the present, coordinated with me on my columns—from Marinel Cruz, Mina Erandio Bahuguna, Jodee Agoncillo, Nastasha Verayo to Belle. I also thank the rest of the Entertainment staff, plus Alje Lomuntad (she handles payroll—the most important of them all).

But more than anything, I thank you, my readers, for avidly following my column for 15 years. Since I announced that PDI is terminating my column as a cost-cutting measure, your notes and responses have lifted my spirit. 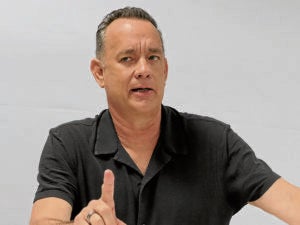 From readers to family and friends, your recurring message to me is the saying that when one door closes…

The complete quote by Alexander Graham Bell is, “When one door closes, another opens; but we often look so long and so regretfully upon the closed door that we do not see the one which has opened for us.”

Dear readers, you continue to inspire me so I take heed. I am already looking at the open door and I will enter whatever awaits me with excitement, and with the same passion and total commitment I poured into “Only IN Hollywood” since that auspicious start in April 2005.

TAGS: My Filipino Connection: The Philippines in Hollywood