LONDON — Amber Heard alleged in a British court on Wednesday that her ex-husband Johnny Depp threw “30 or so bottles” at her as if they were “grenades or bombs” while they were in Australia in March 2015 and that he accidentally severed part of his finger during the assault.

Taking to the witness box for a third day at the High Court in London during Depp’s libel case against a British tabloid, the actress refuted his allegation that it was she who lost her temper and that she had injured him.

Heard has described her stay in Australia with Depp as akin to a “three-day hostage situation,” during which Depp was “completely out of his mind and out of control.” She has said that she feared for her life while at the rented property on Australia’s Gold Coast. 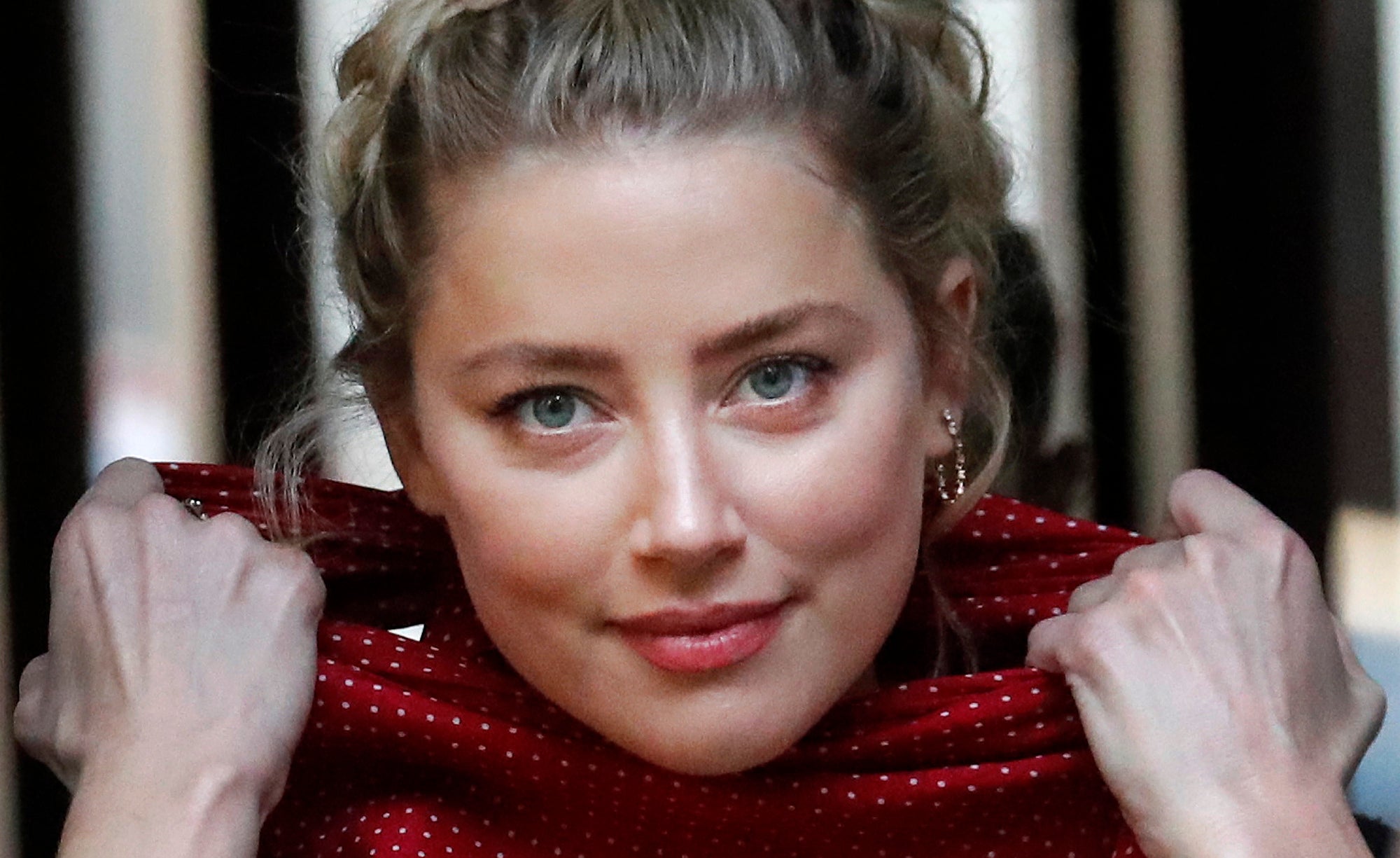 US actress Amber Heard arrives at the High Court in London in London, Wednesday, July 22, 2020. Actor Heard’s ex-husband Johnny Depp is suing News Group Newspapers, publisher of The Sun, and the paper’s executive editor, Dan Wootton, over an April 2018 article that called him a “wife-beater.” Depp strongly denies all allegations. (AP Photo/Frank Augstein)

The incident is central to The Sun’s labeling of Depp in an April 2018 article as a “wife-beater.” The Sun’s defense relies on 14 allegations made by Heard of violence by Depp between 2013 and 2016, in settings including the rented house in Australia, his private island in the Bahamas, and a private jet.

He denies the charges and claims Heard was the aggressor during their relationship. He was present once again to hear Heard’s testimony. Depp, 57, is suing The Sun’s publisher, News Group Newspapers, and its executive editor, Dan Wootton, over the article.

Depp’s lawyer, Eleanor Laws, said Heard had worked herself “into a rage” during her stay in Australia, where Depp was filming the latest Pirates of the Caribbean movie.

Heard, 34, said she got “angry at times but not into a rage that would cause me to throw anything at him.”

She did concede that she did break one bottle in their second evening together in Australia as they argued about the scale of his drinking.

“I regret I did that,” said Heard, who also claimed that Depp would often credit her for saving him by trying to get him clean and sober.

After she smashed the bottle, Heard alleges that Depp, fueled by drink and drugs, started throwing bottles, full enough that they broke a window behind her.

“He threw all the bottles that were in reach, all except for one which was a celebratory magnum-sized bottle of wine,” she said.

Heard also denied severing the tip of Depp’s finger during the bottle-throwing frenzy and that she put out a cigarette on his cheek during the incident. She said it was something that Depp used to do to himself.

“Johnny did it right in front of me, he often did things like that,” she said.

In the first nine days of testimony at the High Court, Judge Andrew Nicol heard from Depp and from several current or former employees who backed his version of events. In his testimony, Depp said he was the one being abused by Heard and that she had a history of being violent against him.

In written testimony released to the court, Heard said that at various times during their relationship she endured “punching, slapping, kicking, head-butting and choking.” She said some incidents were “so severe” she was “afraid he was going to kill me, either intentionally or just by losing control and going too far.” She said he blamed his actions on “a self-created third party” that he referred to as “the monster.”

Depp and Heard met on the set of the comedy “The Rum Diary,” released in 2011. They married in Los Angeles in February 2015. Heard filed for divorce the following year, and it was finalized in 2017.
Heard’s testimony is expected to last for four days, through Thursday.