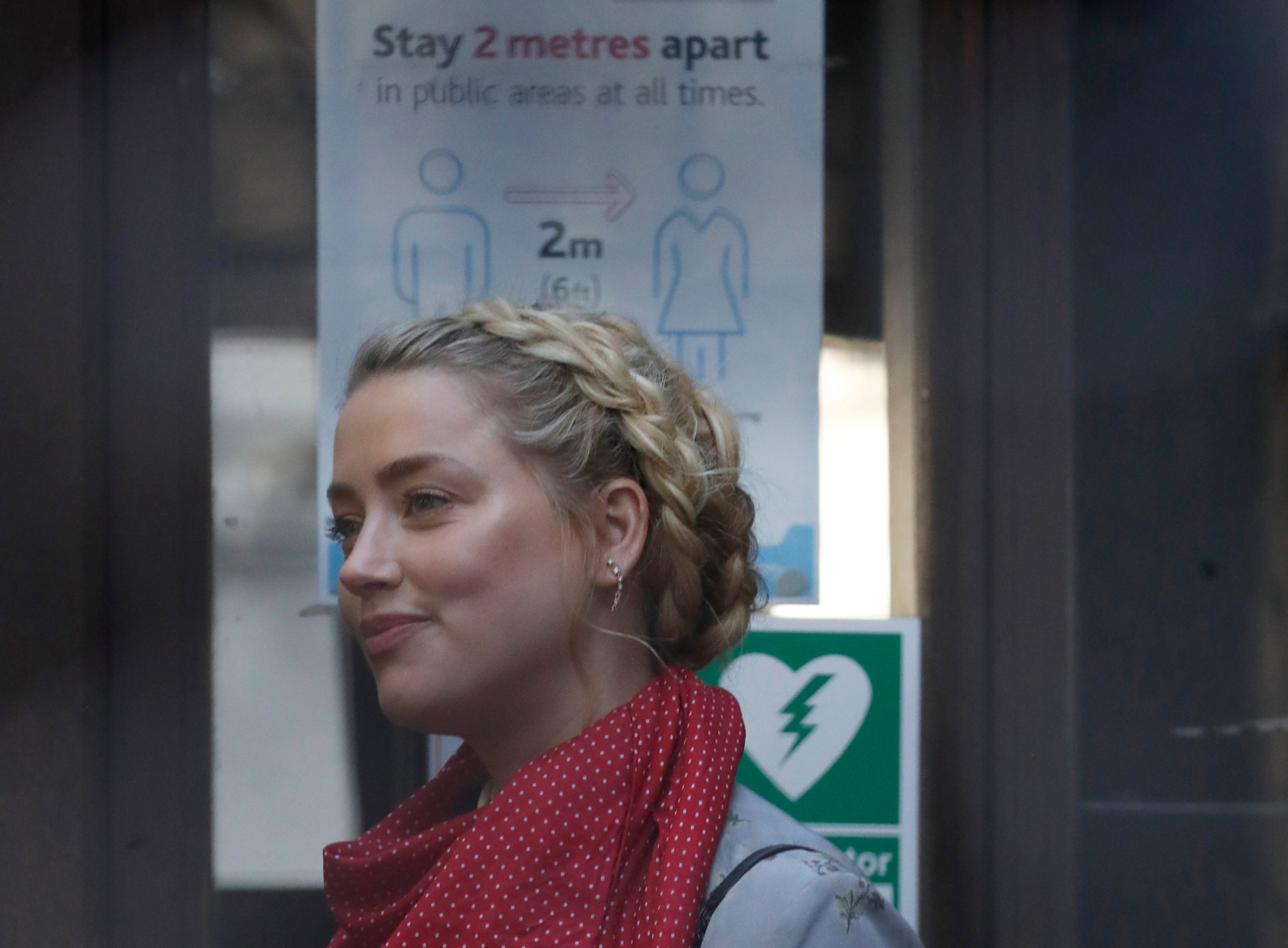 LONDON — Amber Heard denied Tuesday that she fabricated injuries to show that her then-husband Johnny Depp had been violent toward her as she took to the witness box for her second day of evidence in Depp’s libel case against a British tabloid over allegations of domestic violence.

At Britain’s High Court in London, Depp’s lawyer, Eleanor Laws, sought to show via a series of video clips from an elevator at the couple’s Los Angeles apartment building that Heard fabricated any injury as a result of an incident on May 21, 2016, that ended up with police arriving on the scene. Laws also wondered why others in the building did not notice injuries in the days after.

The actress has alleged that Depp, 57, threw a phone at her “like he was a baseball pitcher” that evening, hitting her on the right cheek and eye.

Heard, 34, denied the allegation she was making things up and said she wears makeup when leaving home that could have camouflaged any injury.

“Of course I had an injury,” she said.

Heard also denied that she had had an “illicit relationship” with anyone during her time with Depp, specifically with either Tesla CEO Elon Musk or actor James Franco.

“Not that that matters much,” Heard said.

The court is examining Depp’s libel suit against The Sun newspaper over an April 2018 article that labeled him a “wife-beater” for allegedly abusing Heard. Depp, 57, is suing The Sun’s publisher, News Group Newspapers, and the paper’s executive editor, Dan Wootton, over the article. The Hollywood star strongly denies abusing Heard and was at the court to hear his ex-wife.

On Monday, during her first day of testimony, she accused her ex-husband of abusing her both physically and verbally while he was allegedly bingeing on alcohol and drugs, claiming that at various times during their tempestuous relationship she feared for her life.

Depp and Heard met on the set of the comedy “The Rum Diary,” released in 2011, and officially became a couple a year later. They married in Los Angeles in February 2015. Heard filed for divorce the following year, and it was finalized in 2017.

In the first nine days of testimony at the High Court, Judge Andrew Nicol heard from Depp and from several current or former employees who have backed his version of events. 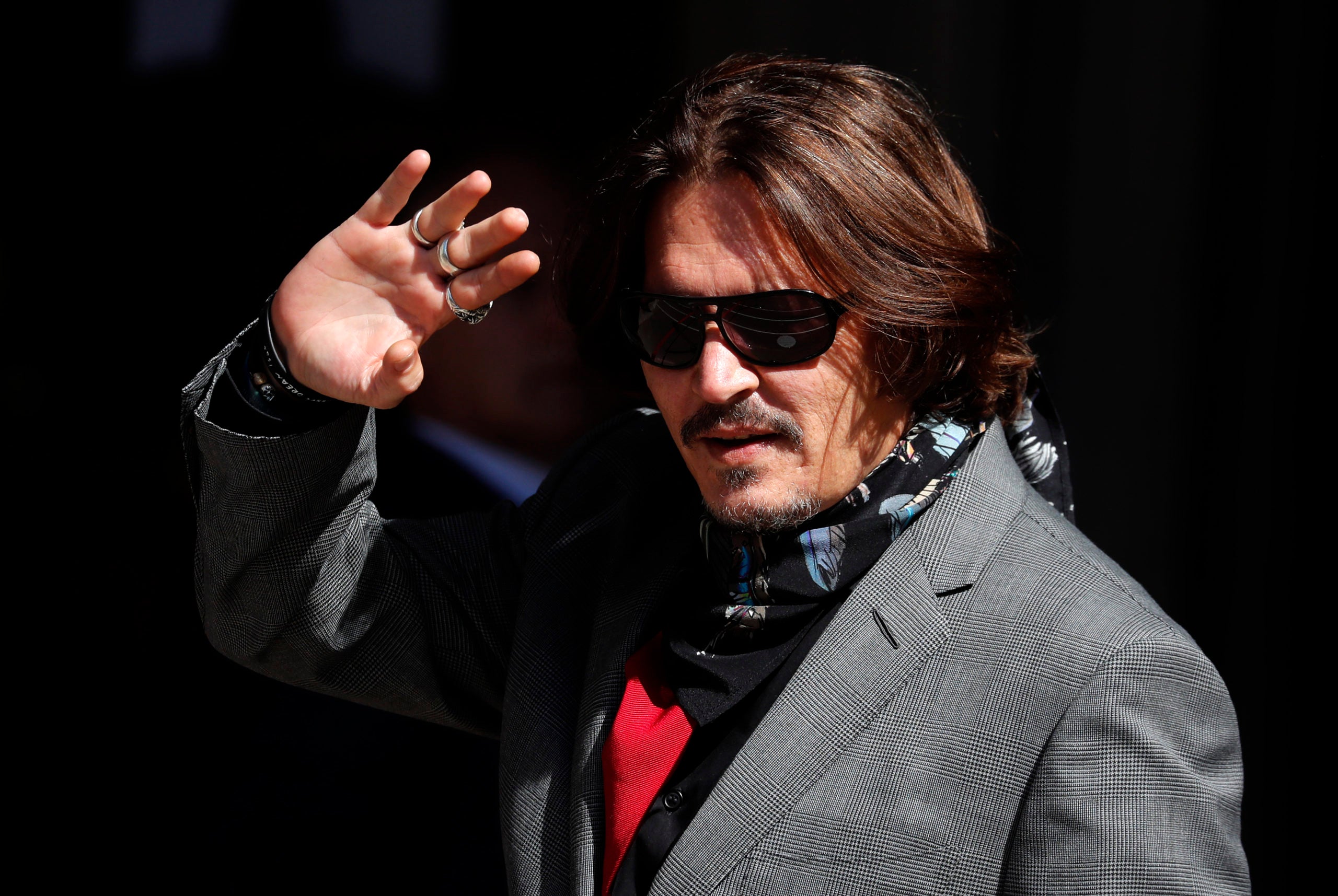 US Actor Johnny Depp arrives at the High Court in London, Tuesday, July 21, 2020. Actor Johnny Depp is suing News Group Newspapers, publisher of The Sun, and the paper’s executive editor, Dan Wootton, over an April 2018 article that called him a “wife-beater.” Depp strongly denies all allegations. (AP Photo/Frank Augstein)

In his testimony, Depp said he was the one being abused by Heard and that she had a history of being violent against him.

“You’re making this up as you go along at times,” Laws said of Heard.

Via audio recordings of the couple discussing various incidents that were played in court, Depp’s lawyer sought to show that Heard admitted that she had been violent against Depp.

Heard said any contact during their altercations was purely in self-defense.

“That is what happens when you are in this situation, that’s the truth,” she said. “I knew better than to fight with him about the details of the fight, and what he perceived as injuries to him. My job was to say sorry and get him on track, and move on to bigger things.”

She also denied the allegation that she, or one of her friends, defecated on the couple’s bed the morning after Heard’s 30th birthday party in April 2016.

“That’s absolutely disgusting,” Heard said. “I cannot fathom what adult would do such a thing.”

Heard said the feces came from one of their Yorkshire Terriers, Pistol and Boo, but that Boo had had issues ever since he had allegedly eaten some of Depp’s marijuana as a puppy, or “since the weed.”

In written testimony released to the court, Heard said that at various times during their relationship she endured “punching, slapping, kicking, head-butting and choking.” She said that “some incidents were so severe that I was afraid he was going to kill me, either intentionally or just by losing control and going too far.”

According to Heard, Depp “explicitly threatened to kill me many times, especially later in our relationship.” She said he blamed his actions on “a self-created third party” that he referred to as “the monster.”

Heard’s testimony is expected to last for four days, through Thursday.