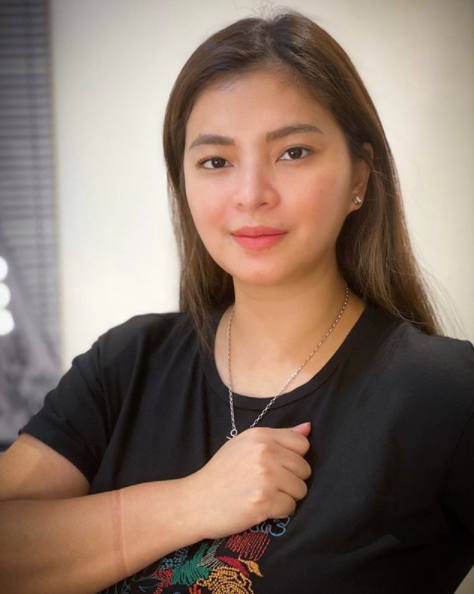 Actress Angel Locsin called out fellow celebrities who have remained silent in the wake of ABS-CBN’s shutdown, urging them to speak up since they no longer have a career or image to protect.

Locsin addressed the crowd who gathered for a noise barrage outside ABS-CBN headquarters in Quezon City yesterday, July 18, and delivered a message for her showbiz colleagues.

A video of her speech was posted on her Facebook page yesterday.

(To my fellow actors who are not speaking, do you still have a career? You don’t have a network anymore!)

(Even if you try to look cute on Instagram, sending a sad face, you are not sympathizing with your fellow workers who are the reason why you became famous.)

(Don’t be afraid. You don’t have a career or image to protect anymore.)

(I understand that we actors are expected to be quiet. We should be sweet, we should be neutral so that we don’t have enemies. But if we don’t speak, it means we side with what is wrong.)

Locsin also stressed that her fight for ABS-CBN was not only personal, it is also for what she believes is right for the people who suffer most from the shutdown.

(I am not rich. I do not have shares with ABS-CBN. I don’t have a contract. These people gave me a job.)

(I have a debt of gratitude to them. But I am doing this because it is what is right for the people.)

(Will we let the poor suffer for the fight of the rich?)

Noise barrages have been held outside ABS-CBN headquarters after Congress voted against the franchise renewal of the media giant on July 10. ABS-CBN announced on Wednesday, July 15 that it will begin retrenching workers by the end of August since it cannot operate without a franchise. JB