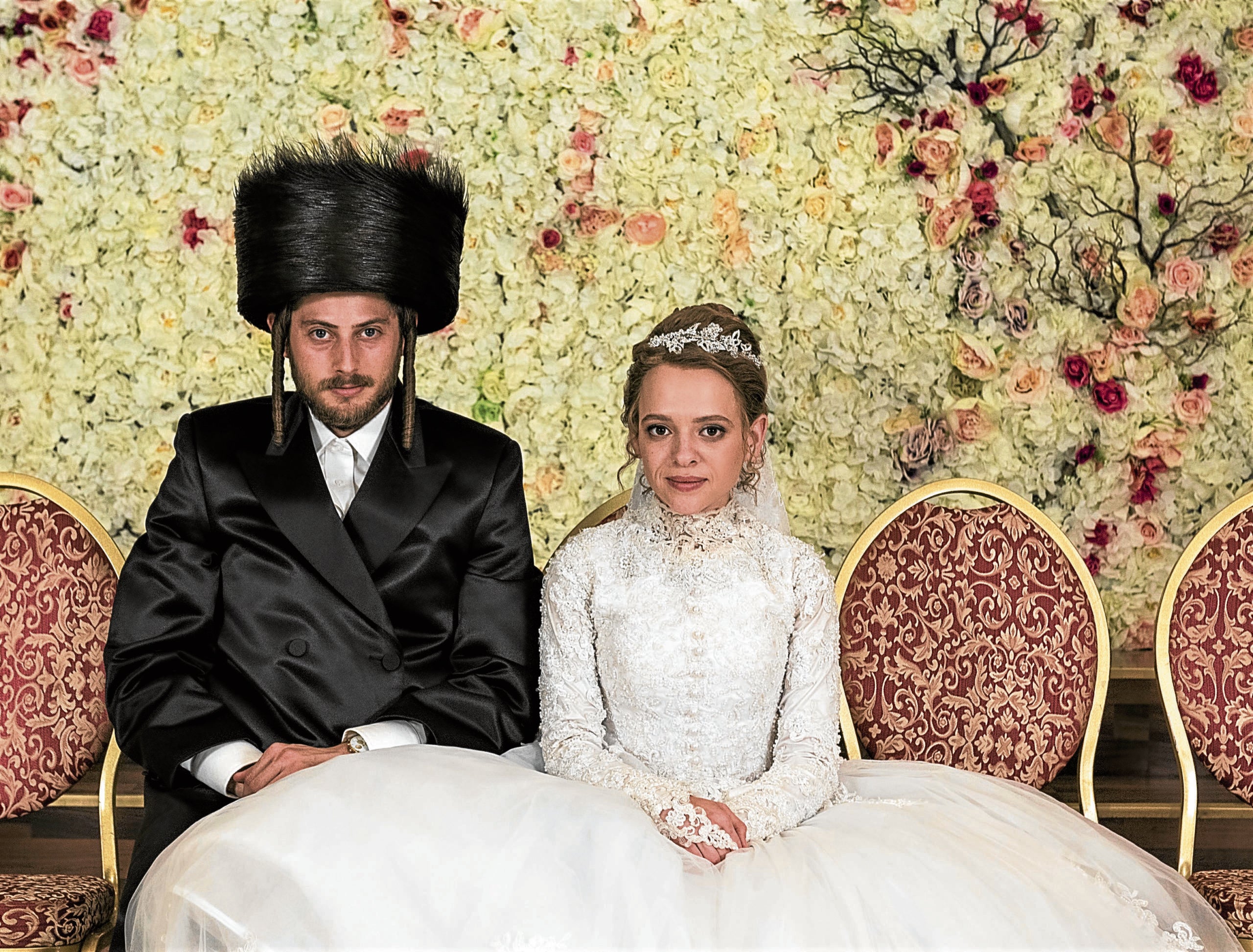 LOS ANGELES—In a year of thrilling breakout performances in television, Shira Haas stands out. The young Israeli actress is terrific in Netflix’s “Unorthodox.”

Shira is petite at 5’ 2”, but she gives a towering performance in director Maria Schrader’s adaptation of Deborah Feldman’s 2012 autobiography, “Unorthodox: The Scandalous Rejection of My Hasidic Roots.”

With her eloquently expressive face, Shira is riveting as Esther “Esty” Shapiro, a young woman who flees her arranged marriage and ultra-Orthodox Jewish community in Williamsburg, Brooklyn, to start a new life in Berlin.

Born in Tel Aviv, Shira had to learn Yiddish and take voice and piano lessons in just two months. The resulting performance is already stirring buzz for Shira as a shoo-in for a best actress in a limited series nomination in the coming Emmy Awards.

Shira is supported by an equally exceptional cast that includes Amit Rahav as Yanky Shapiro, Esty’s husband who is part of the Satmar Jews, an extremely conservative sect that she escapes from, and Jeff Wilbusch (as Yanky’s cousin, Moishe Lefkovitch).

The 25-year-old was calling from her home in Tel Aviv, where she began acting in plays in her teens. As a toddler, Shira battled kidney cancer and went through years of treatment. She thinks the experience helps her go to deep places as an actress. 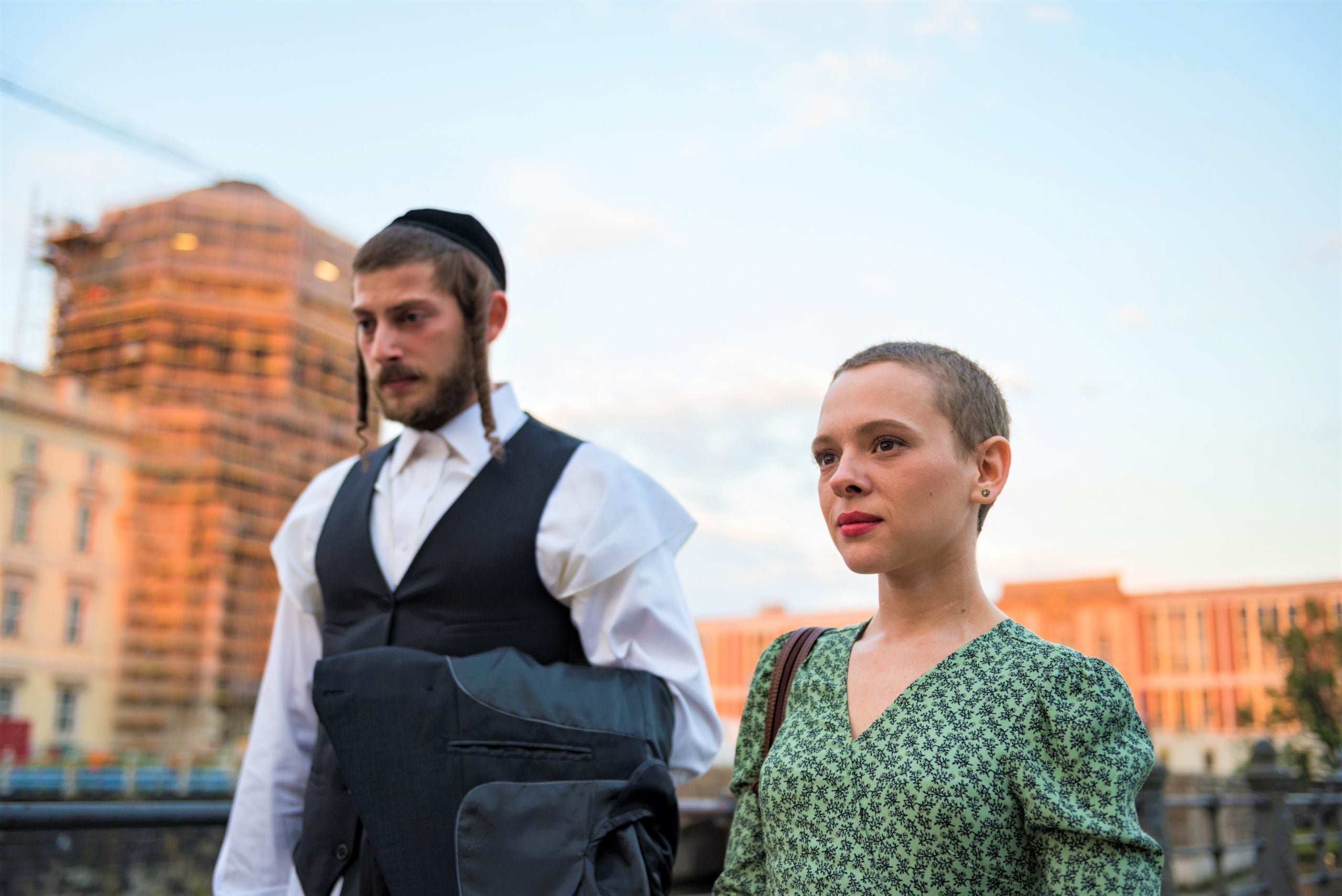 With her quietly compelling performance in “Unorthodox,” a German-American production, Shira is earning rave reviews.

The actress recounted how she started preparing to play Esty. “After I got the role, I read Deborah’s book multiple times. The TV series is pretty different. The present days in Berlin are very different from what Deborah went through, but the past days in Williamsburg, Brooklyn, are pretty similar, so I took as much as I could from it.

“It was a decision that I would not see Deborah until we started filming, even though I really wanted to see her first. I can be very stubborn, but it didn’t happen. But it was important for us to bring Esty to life, even though she’s really inspired by Deborah. Esty is a person of her own, I didn’t want to imitate anyone.

“It was in the second week of shooting that I met Deborah. I was really excited. I couldn’t speak for a few minutes. I just looked at her and she kept talking. She came to the set a few times. She even came to Israel a few months ago.

“It’s hard to explain [our connection] to you because a lot of times TV series or movies are based on or inspired by dead or very old people. Somehow, to see a woman who isn’t so much older than me, that she is the age of my friends—we have a very special connection. We have this friendship and sisterhood.”

It helped Shira that in one difficult sex scene—Esty suffers from a condition called vaginismus, which makes penetration a painful ordeal—her coactor is Amit, a longtime friend. 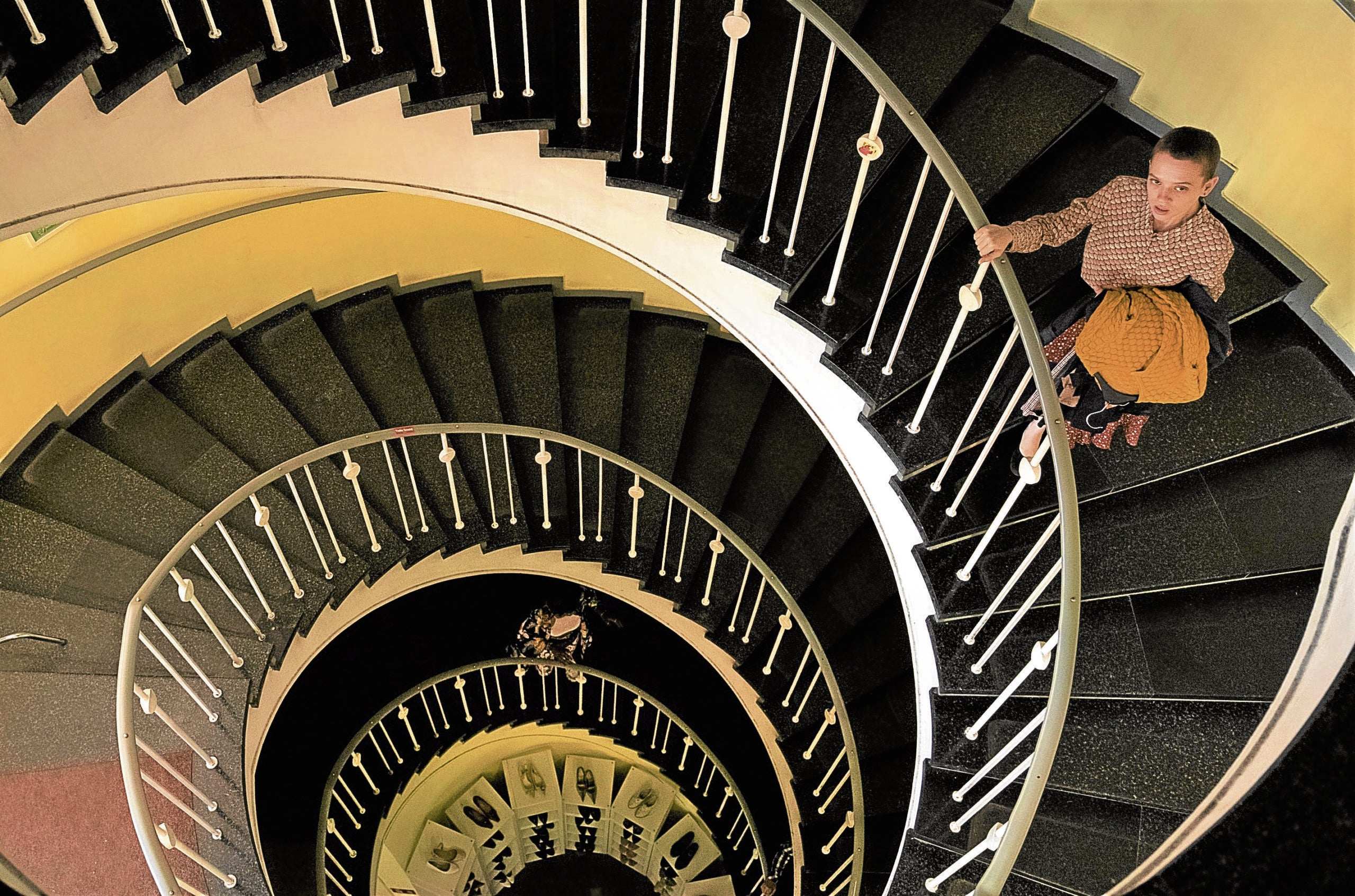 Haas delivered a stunning performance in the compelling drama. —PHOTOS COURTESY OF NETFLIX

“If I open this window and scream his name, he might hear me,” Shira said. “We’re neighbors (laughs). We’ve known each other for 10 years from mutual friends. We love each other, and we always said that we need to work together. Then, it happened big-time with ‘Unorthodox.’ Ten years later, it happened. It was worth waiting for.

“I just felt really comfortable with Amit. We knew Hebrew, so we also had our secret language (laughs). In between takes, no one understood us. When we did the sex scene, I remember the first take that we did, we went under the covers. We were laughing that we were in this situation.

“Then we were, OK, it’s time to be serious. In one second, we were professionals. It’s just such a great combination to have this fun side together, but also to have so much respect for each other professionally. He’s so different from Yanky, so it just shows what a great actor he really is.”

Seeing her in our BlueJeans video interview—so different from the shaved, intense Esty—we asked who the real Shira is.

“Who am I?” she asked aloud. “That’s a big question. It’s interesting because a lot of times, I do a very dramatic role. Then, I talk to people and I have this easygoing side of me. People are like, ‘Oh my God, you’re smiling (laughs). You should do comedy. You have so many parts inside of you.’

“I’m very stubborn as well, like Esty. I’m curious. I remember when I was 5, I had so many questions. Obviously, it was a blessing. It has made me who I am as a person, as an actor. For Esty, it’s also something in a society when you need to fit in, but feel different. And to ask questions just gives you anxiety and holds you back. So, I can really relate to a lot of things and questions that burned inside of Esty that she wants to have answered.

“And who am I otherwise? Everything, I guess (laughs). I live in Tel Aviv. I started acting when I was about 17. Also something that I can relate to Esty is finding herself in the end through art, through singing. I also felt that when I found acting. I also discovered myself and my voice in a way that I didn’t before.

“But Esty and I are very different. I come from a secular family. I don’t have a boyfriend (laughs).” 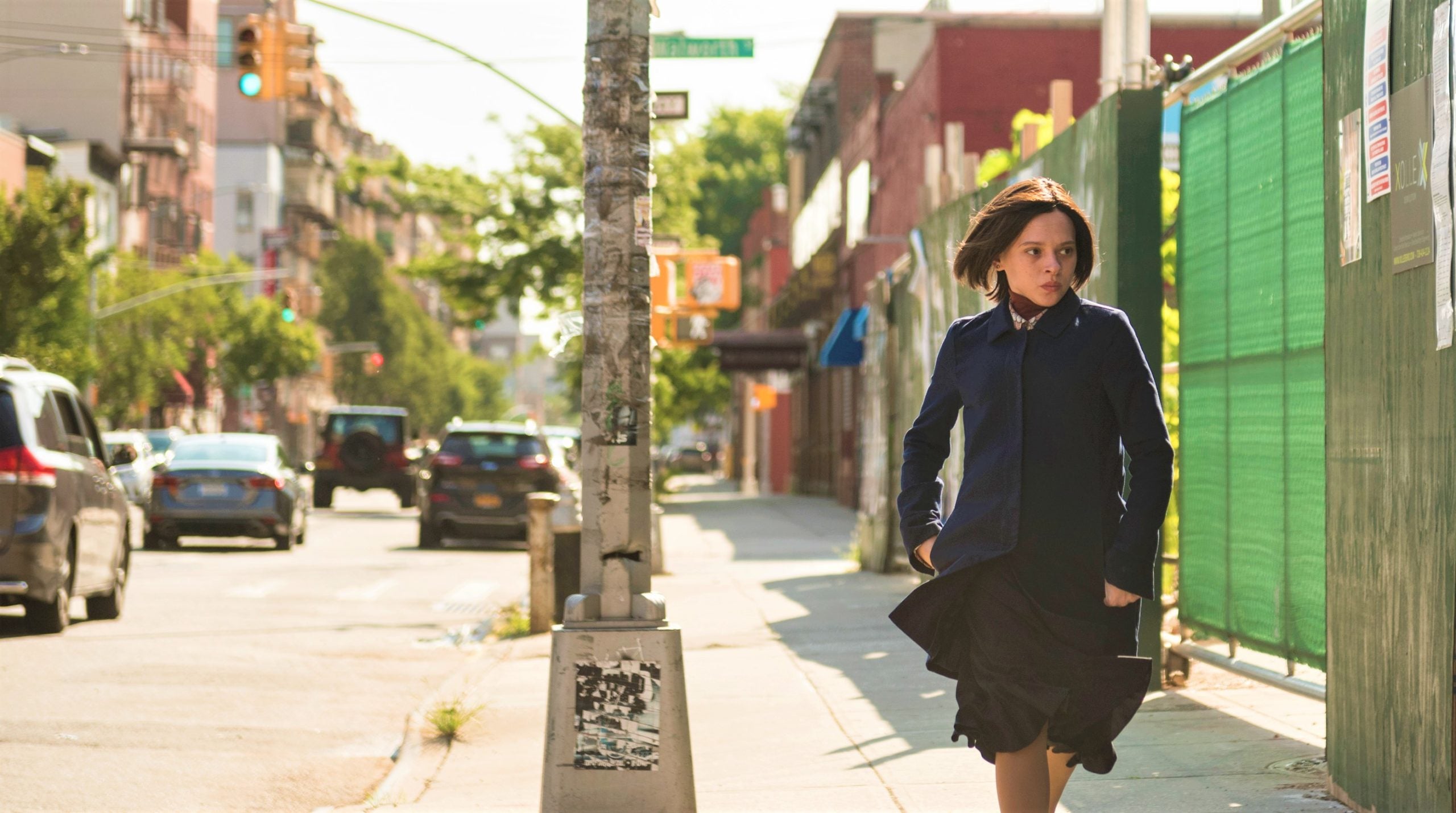 The story and Shira’s performance made us want for more. “It was always planned to be a one-season, four-episode TV series,” Shira explained. “They aren’t planning to do a second season, but who knows? I’m willing to give everyone the creator’s number (laughs). Yeah, it’s an open ending. You don’t know what will happen to Esty. You don’t know if she’ll get into the (music) conservatory, if she will be with Yanky or Robert (Aaron Altaras, whom Shira meets in Berlin).

“But you do have this feeling that even though she has a lot of challenges to go through, she has herself, and that’s everything. She found her strength to go through a lot of stuff. But who knows? I hope there will be a second season.”

Asked for an update on Deborah, Shira answered, “She’s doing great. She’s writing another book right now, and I expect big things for her.”

Shira could have traveled the world to promote “Unorthodox” and graced its premieres in various cities, but the pandemic lockdown occurred. 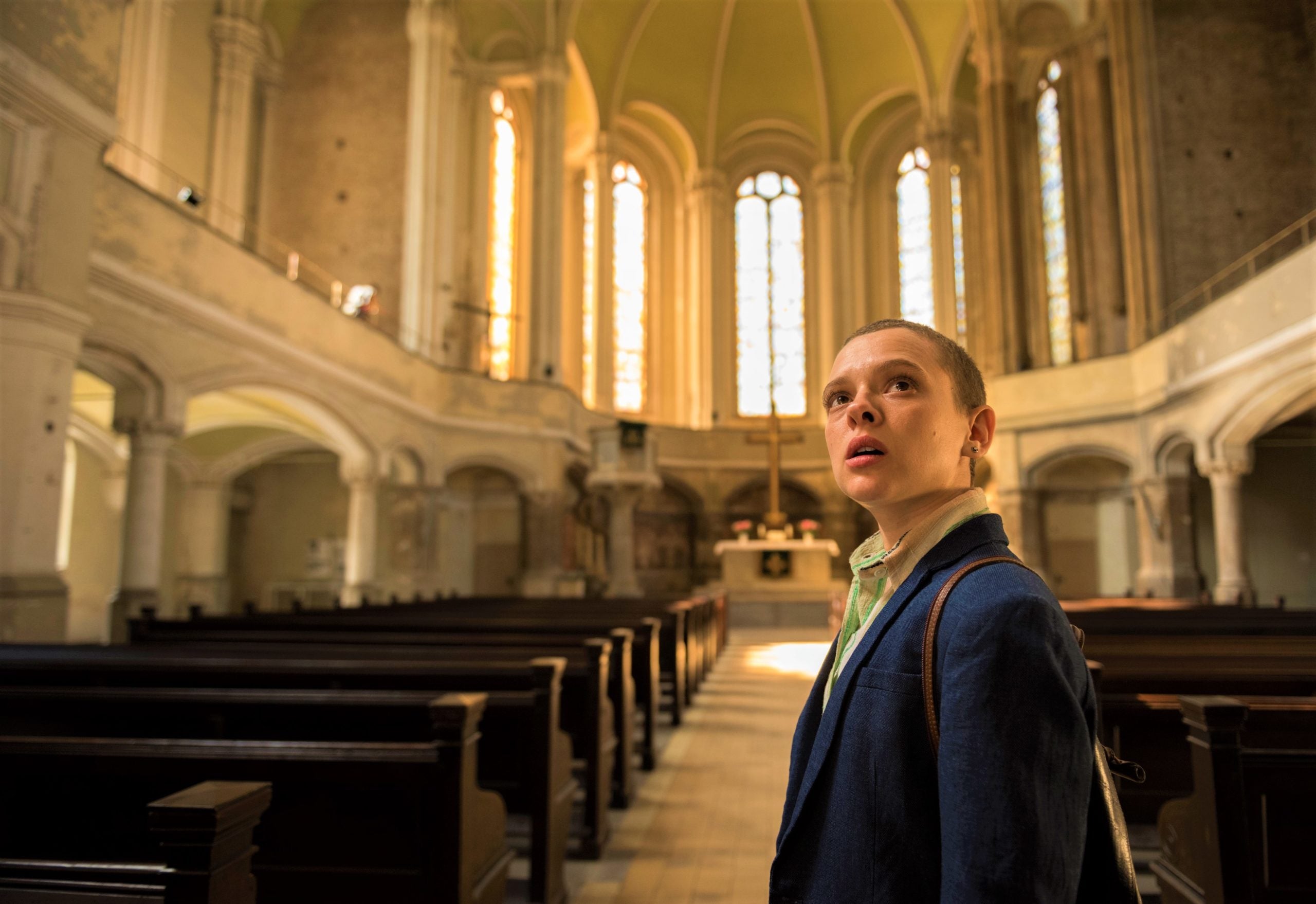 “It’s a very interesting time that we’re living in right now,” she remarked. “I was supposed to be in several countries now, not that I’m complaining. Suddenly, it’s all happening inside my home. So it’s different. Of course, I wish I could be on the red carpet.

“Being at home and taking it in actually makes me grounded in a way. It helps me take in the amount of great comments that I’m getting, that the show is getting, that everyone is getting. So it actually sheltered me in a way, being here.

“But I definitely feel the love. There are a lot of emails and offers and things that are going on. It’s still very early to announce or say anything. The whole world stopped, in a way, as it should be. So it will take time to announce, but there are definitely seeds that are happening.

“More to come, hopefully, but it’s very beautiful. Maybe the fact that I’m here (at home) makes it not overwhelming. I’m able to embrace it.”

Read Next
Actor’s loyalty is all for show
EDITORS' PICK
What to watch out for when selecting a video surveillance solution
House energy committee chair Arroyo bats for cheap electricity
DOH says COVID-19 cases plateauing, but public shouldn’t be ‘complacent’
23,000 cops to be deployed nationwide for school reopening
Look Through: The fate of impounded stray dogs
Unleash the photographer in you this World Photography Day with vivo smartphones
MOST READ
Sharon Cuneta asks for prayers for friend in ICU who suffered silent stroke
Light therapy could be the answer to your sleep problems
Korina Sanchez reunites with former ABS-CBN co-anchors Julius Babao, Cheryl Cosim
PBA: San Miguel ousts Meralco to arrange finals duel vs TNT
Don't miss out on the latest news and information.