ABS-CBN staff assured of work till end July, but now beginning to feel the crunch 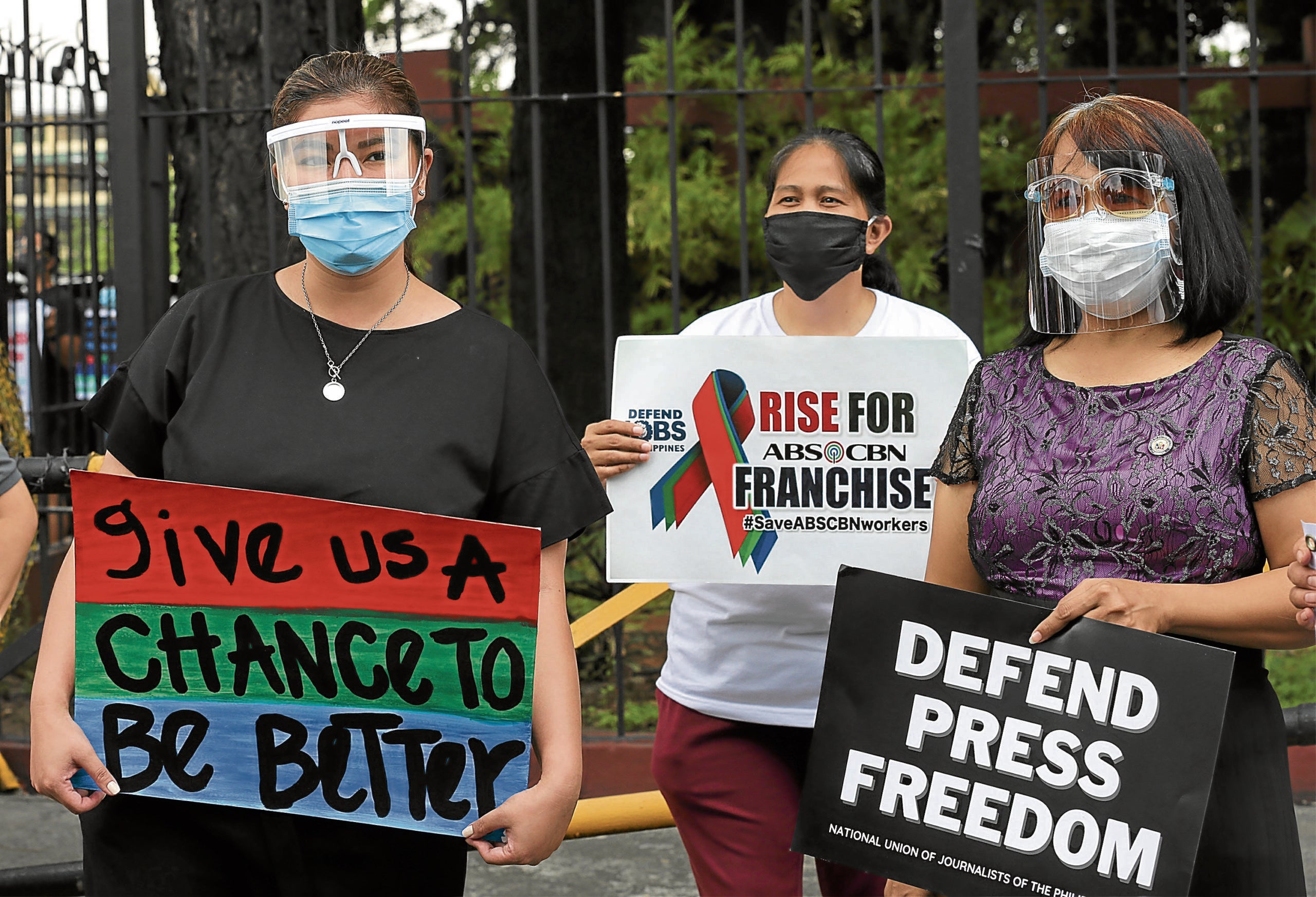 “We are still working. In fact, we still have a lot of pending tasks, although everyone is waiting for what’s going to happen next,” an ABS-CBN department head told Inquirer Entertainment a few days following Congress’ denial of their network’s franchise renewal bid last week.

“I’ve cried my heart out already. Now, I’m feeling a little positive. I’m glad that my department is still considered essential,” added this source, who had requested anonymity.

The same department head said that Kapamilya artists still continue to ink endorsement deals, and that some have even resumed shooting TV commercials, “with safety precautions, of course. Although it’s important to note that they really suffered huge losses.”

The source reported that there were productions like “FPJ’s Ang Probinsyano,” “A Soldier’s Heart” and “Love Thy Woman” that had managed to tape episodes “on location and in lock-in sets” before the decision of Congress was announced. “This means they have materials that they could air on the Kapamilya Channel,” the source explained.

Meanwhile, some rank-and-file employees are already beginning to feel the crunch from Congress’ denial of their network’s franchise.

“They said everyone is still safe until the end of July,” an employee, who also requested anonymity, told Inquirer Entertainment. “But I was already asked to report for only two days a week.”

The employee, who is part of the news and current affairs division, said “since our last cutoff, I’ve only been earning 25 percent of my salary.”

The source also said more programs face threat of cancellation, especially those which are currently not airing on the Kapamilya channel, or those that “cater only to the audience of free TV.” 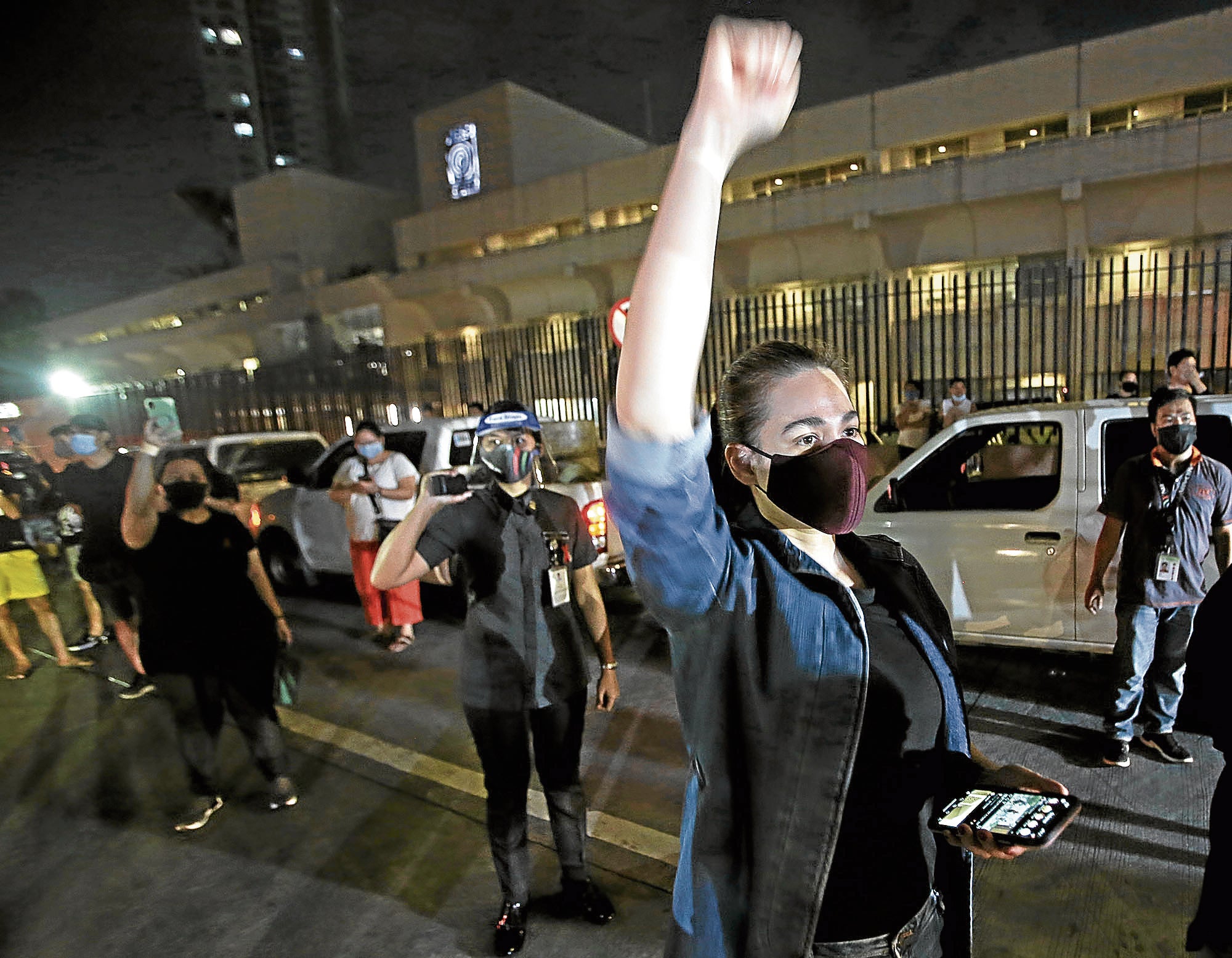 Only recently, the morning program “Umagang Kay Ganda” announced on its Instagram post that it would temporarily stop airing as a result of the “crisis” it was experiencing.

“Yes, retrenchment is an effect of the shutdown,” confirmed a division head. “CLK (Carlo Lopez Katigbak, ABS-CBN president and CEO) said so in one of his messages in May. He said it’s inevitable if the problem remains unsolved by August. I guess that’s where the employees got the impression that things are still OK until this month.”

Katigbak earlier said the company has been losing between P30-35 million a day since it went off the air on May 15.

“We still go to work every day,” said an employee of ABS-CBN’s online news service. “But we’re afraid of losing our jobs, too. If the bosses order division heads to cut down on employee hours or lay off employees, there’s also a possibility that one of us would go. I hope I don’t lose my job because I have kids to feed.”

The employee has also heard that “in other divisions, there are plans to force employees to go on rotation or shifting. Instead of working five times a week, some will go to work for only three days. Still, that will be a big reduction in their income.”

The company is expected to explain the impact of the shutdown on the business before the Philippine Stock Exchange (PSE) by submitting its “full disclosure to the investing public” within the week, according to PSE reports published on Tuesday.

On Monday, the PSE suspended the trading of ABS-CBN shares as a result of its failed attempt to renew its franchise.