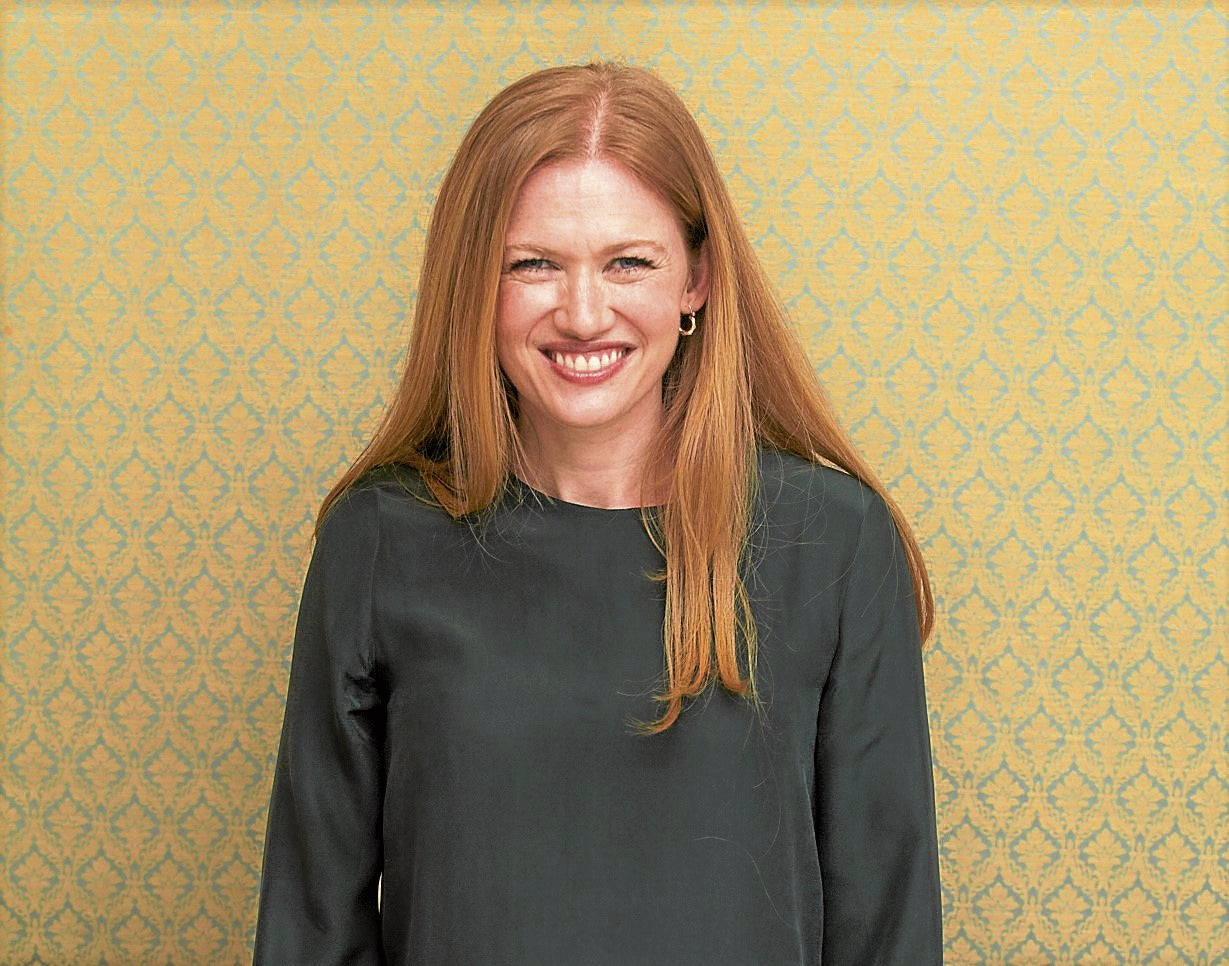 LOS ANGELES—I recently discovered the series “Hanna” and got so addicted that I binge-watched and finished the first and second seasons in record time.

The story itself of “Hanna” by David Farr, who also wrote the 2011 film of the same name that starred Saoirse Ronan, is gripping, to begin with.

Described as “equal parts high-concept thriller and coming-of-age drama,” “Hanna,” in its Season 1, tracks an extraordinary young girl, the titular character played by British newcomer Esme Creed-Miles, who was raised in the forest, as she evades the relentless pursuit of a CIA agent, Marissa Wiegler (Mireille Enos), and tries to uncover the truth behind who she really is.

Also a key reason why I watched 16 hours (each season has eight episodes) of “Hanna” in a short span of time were the gripping performances of Mireille and Esme, the daughter of British thespians Samantha Morton and Charlie Creed-Miles. I am trying as much as possible not to reveal many plot elements for folks who still have to watch the very first episode of “Hanna.”

In Season 2, let me just say that the hunter and the hunted have formed an uneasy alliance. Often communicating wordlessly in glances, Mireille, 44, and Esme, 20, got me glued to the screen.

At the core of this thrilling series from Amazon Prime Video, shot in United Kingdom, Slovakia, Hungary, Spain and Morocco, is a program called Utrax, which is training teenage girls to become lethal agents.

In the center of it all is Mireille, wickedly fun as a cold-blooded CIA operative who can suddenly transform herself from a stoic, unsmiling agent into the warmest person with the most dazzling smile and next deliver a fatal blow to an unwitting opponent.

Sitting in a bright room in Palm Springs, California, where she is spending the pandemic with her husband, actor Alan Ruck, and their two kids, Mireille was relaxed and cheerful. Completely different from the always-strategizing, ruthless CIA agent Marissa with the laser-sharp killer instincts. 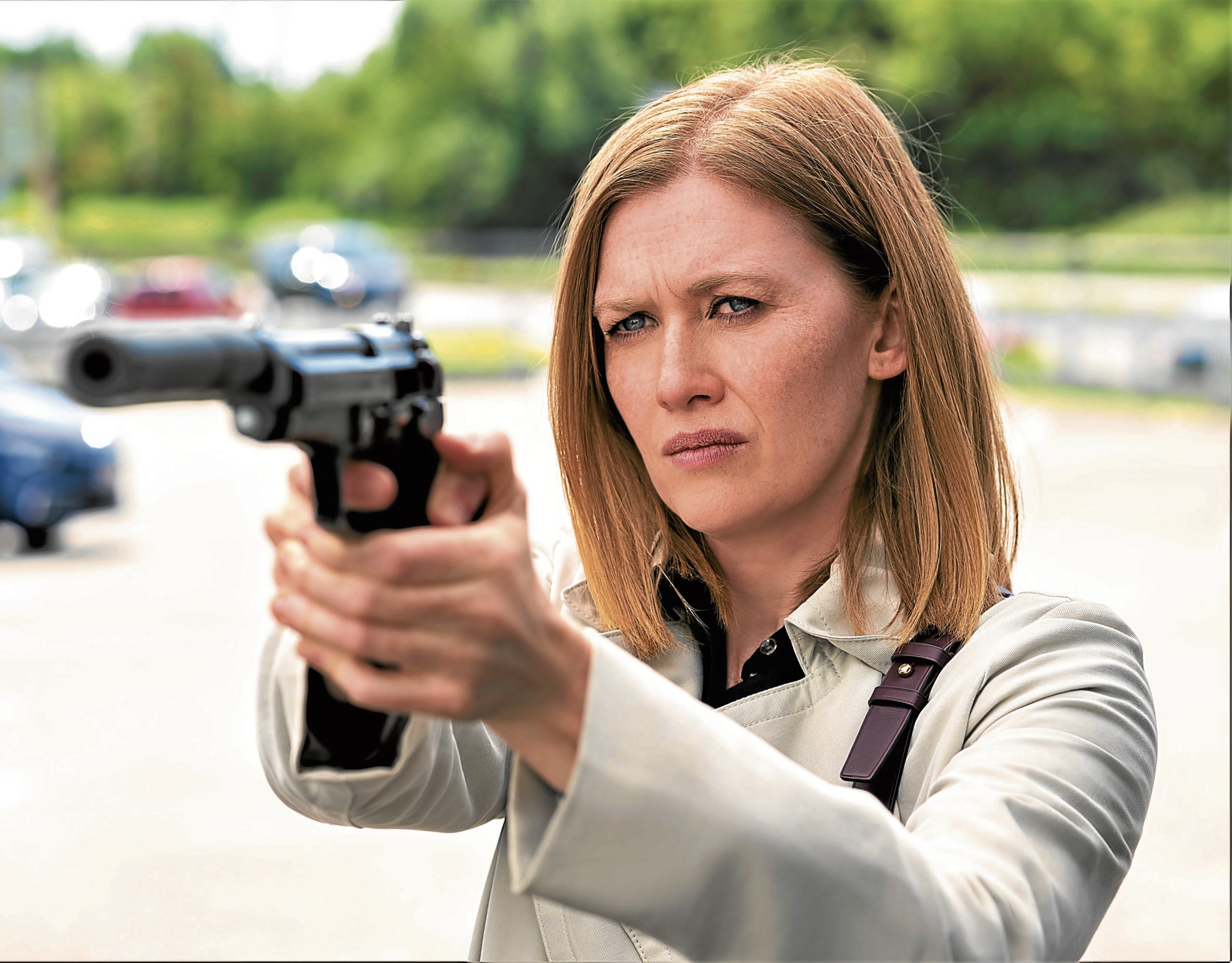 Enos as a CIA agent is one of the draws of the coming-of-age drama series. —AMAZON PRIME VIDEO

Raised in Texas, Mireill—born to parents of French and Scottish ancestry—continued her passion for acting from her high school and college days. She earned nominations from the Tony Awards for her performance opposite Kathleen Turner in “Who’s Afraid of Virginia Woolf?” and from the Emmy and Golden Globes for “The Killing.”

“I don’t think that Marissa should be held up as any kind of an example,” Mireille stressed about her operative character who, in one of the espionage narrative’s many surprising twists, becomes Hanna’s protector. “To be clear, Marissa is a murderer. She has little to no moral compass. She is driven by ambition and the desire to be the best at whatever group she has placed herself in. She’s somebody who doesn’t doubt herself. There’s a goal and she simply accomplishes it. But the things that she’s accomplishing are horrendous. For the benefit of the show, in Season 2, she has chosen Hanna’s salvation as her goal instead of her destruction in Season 1.

“So it’s easy to think of her now as our hero. But if you watch the things she does to accomplish that, she’s still a deeply flawed human being. The thing that happens for her in Season 2 is that she reaches a point where she has to save someone because she has laid such destruction through her life. She just decides that Hanna is worthy of that. That choice is even baffling to her at some moments, but once she’s decided something, she’s undeterred.”

On Marissa’s complete turnaround, the actress who was also in Brad Pitt’s blockbuster “World War Z,” remarked, “When I sat down with David Farr before I even took the role, he talked to me about this change that was going to happen. He told me the basic story line for the first two seasons, and how Season 1 was all about this idea of fathers and fatherhood. Of course, in that season, I was the villain.

“I knew that Season 2 was all about mothers and Marissa stepping into this idea of motherhood. I was grateful in Season 1 that you got to see her private life. You got to see her with her lover and that child, her desire to have softness in her life and normalcy. It was those qualities that allowed believability as you moved into Season 2 that she might pick up this role of the caretaker of Hanna.

“I love to play characters who have an evolution, who are not one dimensional. It’s a strange transition even for her. But it’s her way to redemption for all of the other selfish choices she’s made in her life.”

“When I pick a project, I also don’t stop until it’s accomplished,” Mireille answered with a grin on what she has in common with Marissa. “Usually, my projects are more focused on repainting the dining room, or my martial arts training.”

In Season 2, as the girls being trained into becoming deadly assassins are moved to a boarding school-like compound, social media is used as a powerful brainwashing tool.

“There’s a lot in there for teenagers, especially in Season 2, as these girls are being handed these prepackaged identities,” Mireille pointed out. “They’re learning about the world through the internet and social media. They’re being told who they’re supposed to be from these images that they see online. And that doesn’t necessarily represent what their inner voice says they’re supposed to be.”

As a mother in real life, did Mireille feel an emotional tug toward these young girls? “As a viewer, I definitely did,” the actress answered. “I felt devastated for those young women. They’re being subjugated, brainwashed. They are starved of true affection and their world is a lie.

“Luckily, all those actual girls have love in their life. They’re very warm, funny and sweet girls and wonderful actors. So, the atmosphere on set was very warm. They really bonded as a group. On set, I didn’t feel the need to take care of them. But watching the show, I wanted so desperately. Just steal them all away, save them all and give them a happier life.” 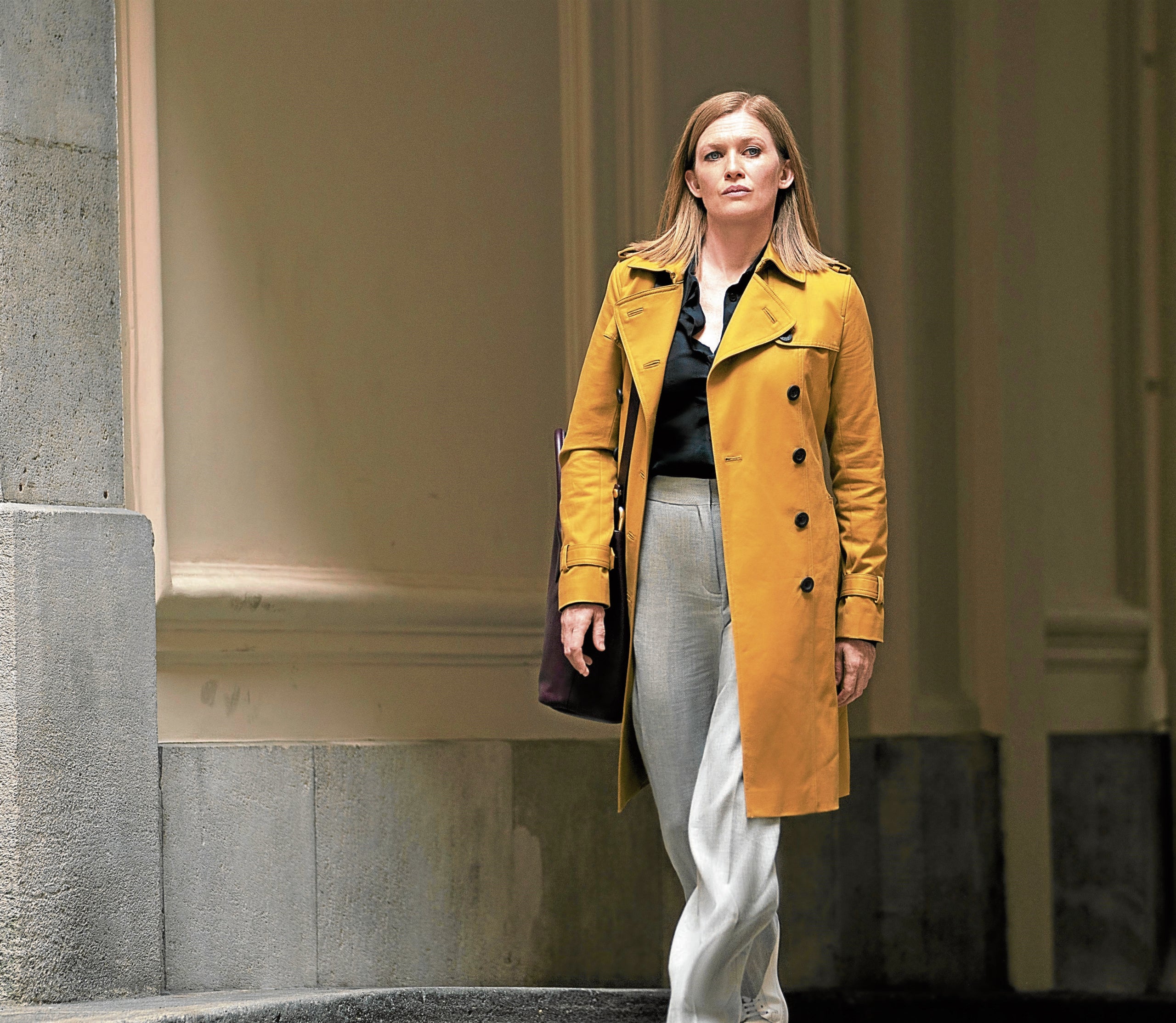 On why the series’ sinister program is tapping only girls, Mireille said, “I think the assumption is that teenage women, while they’re capable of amazing intelligence, athleticism and all of that, can go under the radar more. No one will assume them to be dangerous, even less than a teenage boy.”

While her character is childless, Mireille has always known she wanted a family as a counterbalance to her acting career.

“So, I was lucky enough to be able to do both, hand in hand,” she shared.”My two children are remarkable. They’re my best endeavor that I’ve ever been a part of. They’re bright and curious about the world. And so, there’s this self-discovery as well. You find that you have opinions about things you may not have even realized. It’s an excellent learning process for me.”

On why she and her family decided to temporarily live in Palm Springs, California’s desert vacation haven, Mireille explained, “Our regular home is in Los Angeles. We chose to shelter in a place here in the desert. It’s a smaller town. The population is lower. It all just felt more manageable. We were homeschooling. When I work, the children are always with me.

“My daughter is a third grader, so she could basically manage her curriculum, but I just have to tell her, ‘OK, at 9 [a.m.], you have a Zoom meeting with your math group. But my kindergartener, my little boy, couldn’t sit in Zoom meetings all day. It’s impossible. So, I became his kindergarten teacher. We have an amazing time.”

But the actress who played Kathy in “Big Love” hopes for the day when it’s safe again for kids to have a normal school life. “I am looking forward to my children being back in school,” she said. “They have desperately missed their social interaction with children.”

As for her work, Mireille commented about the entertainment industry lockdown: “Of course, the current situation means filming is on hold. A lot of smart people are trying to figure out how to get the industry back on its feet, so we just have to wait and be hopeful.”

“We’re very hopeful for a third season,” Mireille said. As I write this, Amazon announced that it just ordered a Season 3 of “Hanna.”