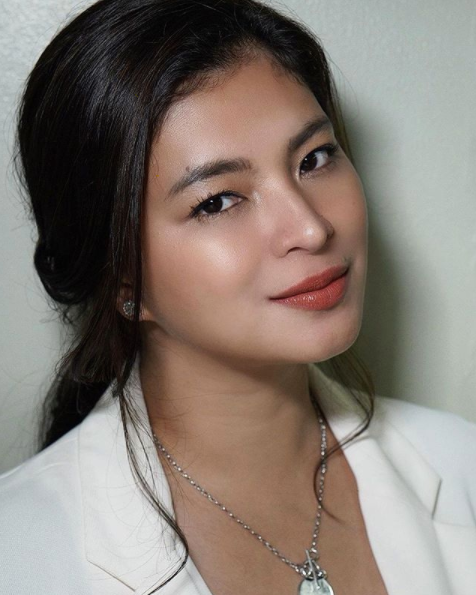 Angel Locsin opened up about her frustrations a few days after the rejection of ABS-CBN’s franchise renewal, lamenting that it was a missed opportunity to finally fix the entertainment industry.

Other than sadness and anger, Locsin realized that this missed opportunity is where her feeling of regret is coming from, she revealed on Instagram yesterday, July 14.

“It took a while before I was able to compose myself and feel how I actually felt about the situation,” she said. “Alam ko I am sad, alam ko i am angry. Pero may pakiramdam ako ng panghihinayang na hindi ko naiintindihan kung saan nanggagaling nung simula. Ngayon po na-realize ko kung saan nanggagaling ang lahat ng emosyon na ito.”

(I know I am sad and angry. But there was this feeling of regret that I did not understand at first where it was coming from. Now, I have finally realized the reason for these emotions.)

Locsin’s message came with a short comic strip telling the story of a heartbroken entertainment worker who lost his job following the media giant’s shutdown. He comes home only to console his children that everything will be okay.

“I was genuinely hoping that we could turn this into an opportunity to fix the industry’s issues. Hindi lang po sa ABS-CBN, kundi ang kabuohan (not only ABS-CBN, but the whole industry),” Locsin emphasized.

While she wants to fix the industry, Locsin noted that there had already been much improvement since when she was just starting her career.

(Such as working hours, contracts, etc. But I admit that there are still a lot of things the entertainment industry needs to fix, such as the complaints of some laborers.)

“But those 70 congressmen chose to [shut down] the network instead of standing up for the people and fix those problems,” she lamented.

Against the landslide 70 votes, only 11 lawmakers voted in favor of renewing ABS-CBN’s franchise, while two inhibited and one chose to abstain on July 10.

Locsin also questioned the decision to let workers from the network air their grievances if Congress was not going to help them anyway.

“What’s the purpose of those testimonies from laborers fighting for their rights kung dito lang magtatapos (if this is how it ends)?” she stressed. “Hindi rin naman sila natulungan. Pinagsalita lang pero iniwan lang rin sa ere (They were not given help anyway. They were allowed to talk only to be left hanging.)

“In the end, we, in the entertainment industry, especially the day to day earners, kagaya ng (like the) crew, were still denied of the opportunity to work in better labor conditions,” Locsin added.

The actress then likened the situation to health, noting that the entertainment industry has an illness and that while the lawmakers could have opted to help and guide it, they chose not to.

“But sadly, the congress chose a rigid path, pulled the plug and ignored the plea of the entertainment people. They chose the easy way out instead of curing the disease,” Locsin said.

Locsin also criticized the government for shutting down the network, laying off thousands of people from their jobs amid the pandemic, just because of the “personal vendetta” of a few.

(Why attack the many just because of the personal vendetta of a few? Is it really serving the people that they’re doing or just getting back at the network because of its flaws that were exposed?)

The actress then gave her reason for fighting, which is her colleagues, who need her the most now.

(The reason why I fight, even though it looks bleak, is because my colleagues need someone to be with them, especially now. I believe that things will make sense… because this will be etched in our history and we, the Filipino people, will never forget.)  /ra

‘Unforgettable friend’: How Angel Locsin checks on Sharon Cuneta during times of need