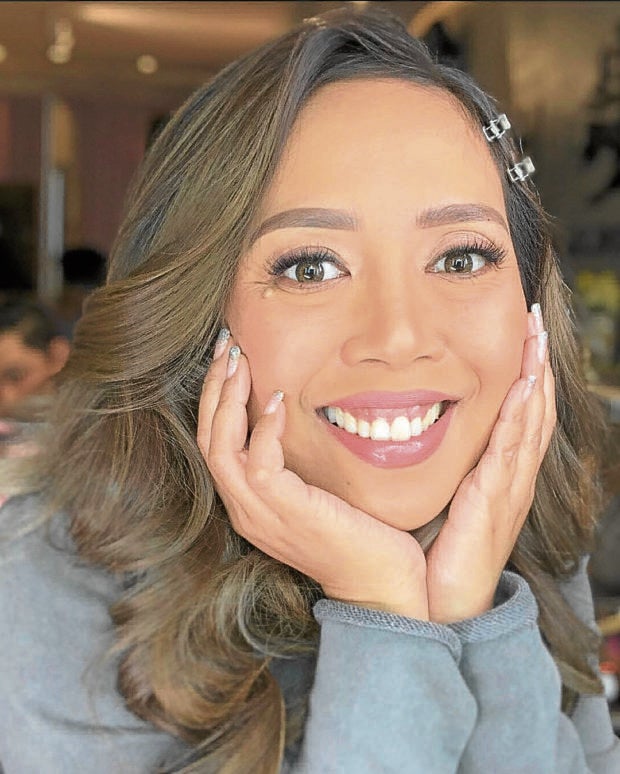 “I’ve never been the type to wallow in self-pity,” declared comedienne Kakai Bautista, who admitted that the pandemic-related work stoppage since March has changed her plans drastically and kept her from earning income that would have amounted to millions.

“I’ve accepted that the events and projects I was supposed to be part of would no longer push through. There’s nothing I can do about that anymore. I got sad for a while, but stopped sulking soon enough. I told myself, ‘May kapalit ‘yan.’ My next move had been to think of ways to make sure I don’t touch my savings,” the comedienne told Inquirer Entertainment.Kakai said the first thing she did was go online shopping. She spruced up her town house in Pasig with a new set of furniture, some home decor and equipment for livestreaming. “I knew I was going to work at home, so I needed to tidy it up and declutter. I spent some money, but saw it as an investment. Now, I have everything set up in my sala,” she beamed.

People have to be reasonable with their use of money, she pointed out. “Tipid ka nga ng tipid, but you’re idle. Instead, you should think of ways to earn. I can say that God really moves in mysterious ways, because job offers slowly came after that. I guess it’s also because I maintained a positive disposition and kept my faith in Him. I kept saying, ‘Don’t be afraid; blessings will eventually come,’” she recalled. “Thankfully, my savings has remained intact up to now.”

She added, “If you realized during the lockdown that you’re good at baking, then sell your goods—don’t be ashamed of it. Now that you’re stuck at home, you have all the time to learn new things.”

Another move that Kakai did was update her social media accounts. She then agreed to promote small businesses on her accounts for free. “I told people that under normal circumstances, celebrities get paid for endorsing products online, but since we’re all having a tough time, I will do it free of charge,” she explained.

In return, people send her free stuff, too. “To express their thanks, I would often receive food items from people. That’s not bad at all. Nakatulong ka na, nakakakain ka pa. I see no shame in that. For some time, my refrigerator was full,” she added, laughing.

Now that the industry is slowly getting back on its feet, Kakai said she has decided to lower her expectations in terms of salary and payment. “Everyone is still trying to recover from losses. Besides, there’s no physical activity required—we’re all going to work online. It will surely be more difficult to work (on the set, for example) because there will be a lot of restrictions. I expect the situation to remain the same until next year.”Aside from her canceled TV projects and live performances, Kakai also had to forego her long-planned European vacation in August. “I was supposed to go to London and Spain, but for some unexpected reason, I was not able to book my trip last February. Now, looking back, I said, ‘Thank God I didn’t!’ When you analyze those little details, you’ll be amazed. All the things that happened then has led me to this. I would sometimes whisper, ‘Lord, ang galing Mo!’”

The always perky and chatty Kakai admitted that she experienced a “breakdown” at one point during the early stages of the enhanced community quarantine. “Umiyak talaga ako ng wagas, as in the exaggerated kind of crying. It was that one time when I went online and I read all sorts of negative comments on social media. They were all rants! Everyone was angry! It didn’t help that I live alone in my townhouse and that my family is living in Laguna,” she recalled.

To combat depression, Kakai said she also called up close friends. “Being alone didn’t affect me that much. I’m used to living on my own in the city. I was always out of the house because of work, anyway. What got to me was the negativity in what was posted online. I felt like someone was wringing my neck, and I couldn’t breathe. I guess that was already considered an anxiety attack—I just didn’t realize it at the time.”

“What also helped big-time was looking at the photos of my crushes,” she said. “I also looked at old photos that brought happy memories. After that … I pray earnestly.” —Marinel Cruz INQ