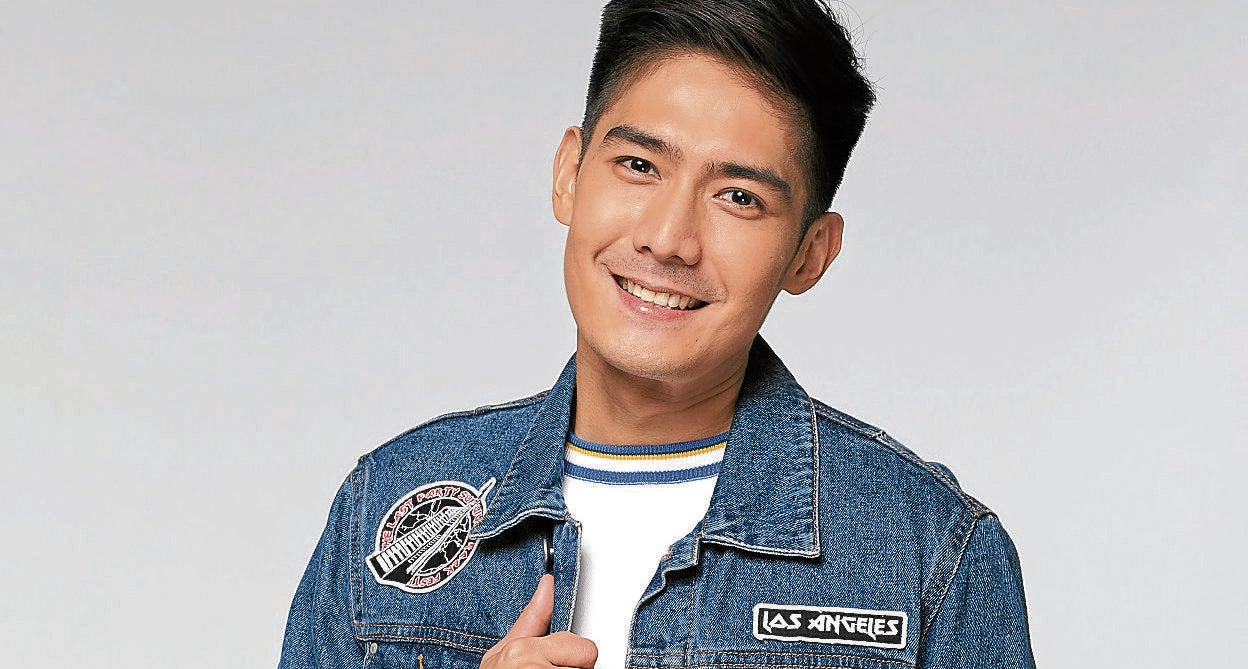 For the past weeks, the social media feeds of ABS-CBN celebrities, workers and their supporters brimmed with heart emojis in red, green and blue—the colors of their embattled home network—as they rallied for their franchise renewal.

But last Friday afternoon, after 13 hearings in Congress, the hearts bore cracks and set against black, as 70 lawmakers voted to reject their bid to operate for another 25 years. Before long, the topics and hashtags #ABS-CBN, #NotoABSCBNFranchiseDenial and #Halalan2022 appeared on Twitter.

Some were distraught and asked for prayers; others were indignant and vowed that this isn’t the end. They will never forget July 10, 2020, they said. Some couldn’t find the words to express their emotions; others needed only a few.

Earlier that day, Kapamilya stars Angel Locsin, Piolo Pascual and Kathyrn Bernardo, together with other workers, trooped to the House of Representatives to show support for the network and make a last ditch effort to appeal for compassion. 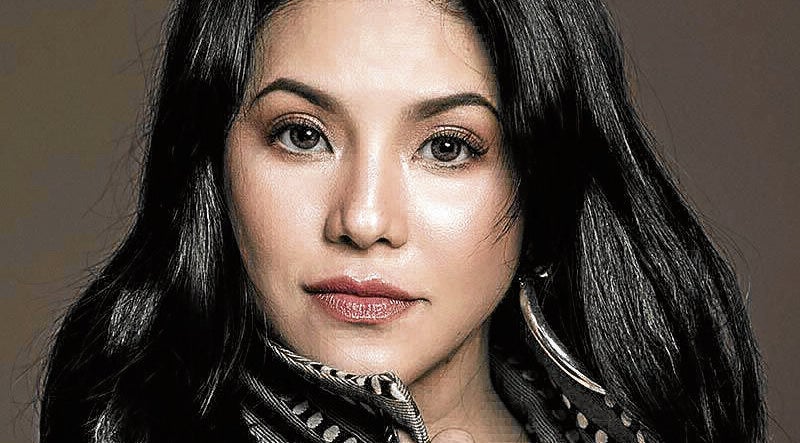 Vice Ganda and Vhong Navarro led a motorcade on Sgt. Esguerra Avenue in Quezon City, where the ABS-CBN headquarters are located, and dedicated their effort to their fans and supporters whom they fondly call “madlang pipol.” 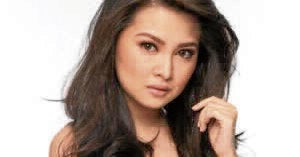 The sympathies and well-wishes didn’t come solely from within ABS-CBN’s fences. A number of celebrities from rival network GMA 7, also took to social media to express support for their Kapamilya colleagues. Some messages weren’t as explicit as the others, but were appreciated nonetheless.

“Hoping for the best for you,” Janine Gutierrez tweeted. “Unbelievable.” 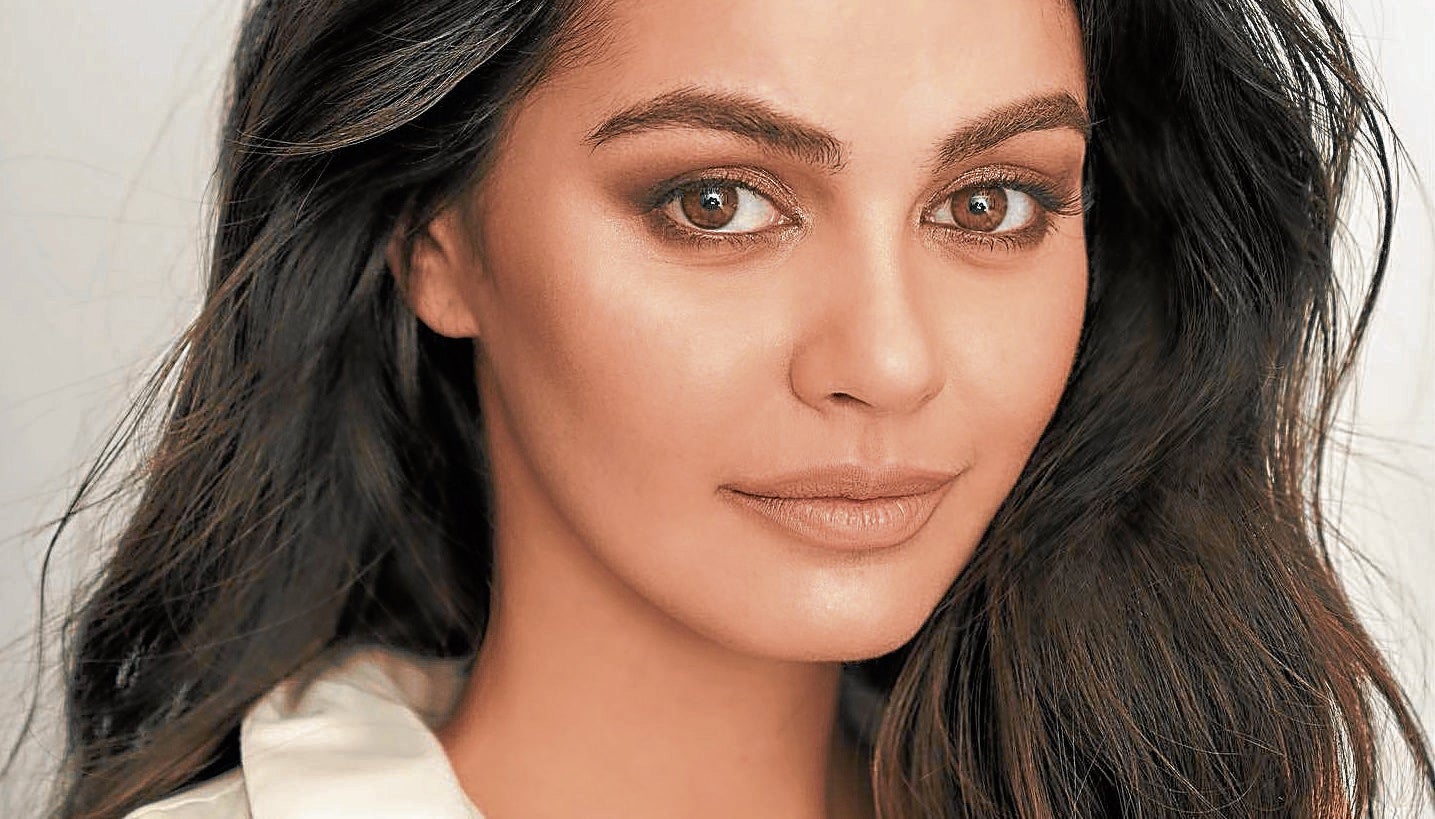 Ruru Madrid, on the other hand, reminded his followers that despite their network affiliations, everyone in show biz share the same goal. “Magkaiba man ng bakod pero iisa ang hangarin. ’Yan ay ang magpasaya ng mga tao. Isang mahigpit na yakap mga Kapamilya,” he said. Like her Kapuso colleagues, Liza Soberano hoped she could give a hug to everyone.

“To all the supporters of ABS-CBN, its programs and its talents who stood by us through this journey. Thank you. Thank you for the endless tweets using the hashtags and thank you for your prayers. We may not be able to repay you right now, but in due time,” she wrote on Twitter.

“Just reading your tweets right now brings tears to my eyes,” the actress said of her fans. “Thank you for believing in me and for supporting my projects under ABS-CBN. I will forever be grateful to each and everyone. I love you all so much.” 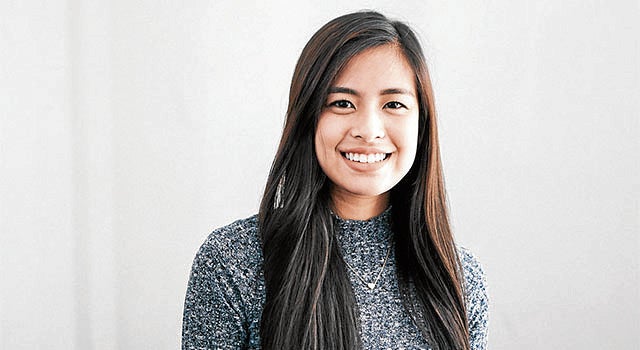 For Bea Alonzo, it all feels like a dream. “Tapos na ang botohan. Nakakatulala. Parang panaginip. Yakap mga kapamilya,” she wrote on Instagram.

Anne Curtis is similarly “lost for words” on that “very sad day.”

My heart breaks for everyone that’s affected by this … from our bosses to all the employees and the loyal viewers of ABS-CBN. It’s indeed a very sad day. I know people won’t forget this,” she wrote on Instagram. “Maraming salamat sa lahat ng sumuporta at nagdasal. I stay hopeful that somehow this isn’t the end. A big hug to my Kapamilya Family.”

Kim Chiu, on the other hand, appeared more feisty, as she highlighted the fact that the various government agencies invited to the hearings attested that ABS-CBN committed no violations.

“We voted for our lawmakers into power hoping that they will act for the greater good. But what happened today? What happened to the 13 hearings? ABS-CBN proved na walang violations ang nagawa. Why are we experiencing this? Why now? Why not help each other for the better?” she asked on Twitter. 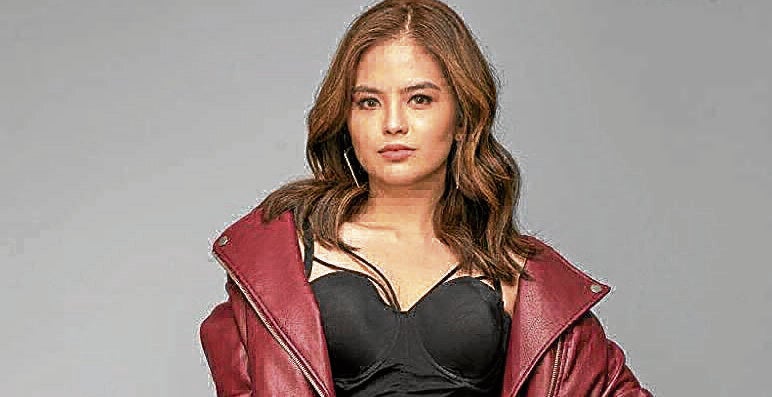 On Instagram, she questioned the government’s priorities amid the COVID-19 pandemic. “In the middle of this pandemic, pagpapasara ng ABS-CBN at pagpapatupad ng Anti-Terror Bill ang nangyari. What’s happening to our country?” said Kim, who also showed appreciation for her bosses.

“They did everything they can, proved them wrong, showed everything, gave everything to protect their people … stayed calm amid being bullied,” she said.

“We have been preparing for this moment. But it’s different when it actually hits you. No words,” tweeted Gretchen Ho.For Robi Domingo, what happened to ABS-CBN can have a “chilling effect” on the industry. “They have done this to a media giant which did not violate any law. They can easily do it to you. Chilling effect? That’s what they wanted from the start: Fear,” he pointed out in a tweet. “Kahit ano mangyari, ikaw ang tahanan ko.”Jake Ejerctio can only wonder what’s next. “ABS-CBN’s franchise is the latest casualty on the horrific death toll under this administration. What or who’s next?” he tweeted.

Seasoned Kapamilya music artists were just as affected by the shutdown.

On Twitter, Gary Valenciano lamented that intellect, it turns out, doesn’t necessarily equate to compassion. “If there’s one lesson I have learned about some men and women with such brilliant minds: You can have such amazing intellect but still have no compassion in your heart. Sad. It makes one resemble a resounding bell making the same noise over and over and over again,” he wrote.

Still, the singer-songwriter tried to see the good in the bad. “Even now … I thank all who have shown us their support. Thank you for all your words of encouragement and your constructive criticism. Many of you have moved me with your honest care and reasoning. I will continue to do my best for you,” he promised.

On Facebook, Martin Nievera insisted that in “punishing ABS-CBN,” Congress “actually crippled a nation.” But despite the devastating blow, the balladeer looks forward to the day the network returns to its feet. 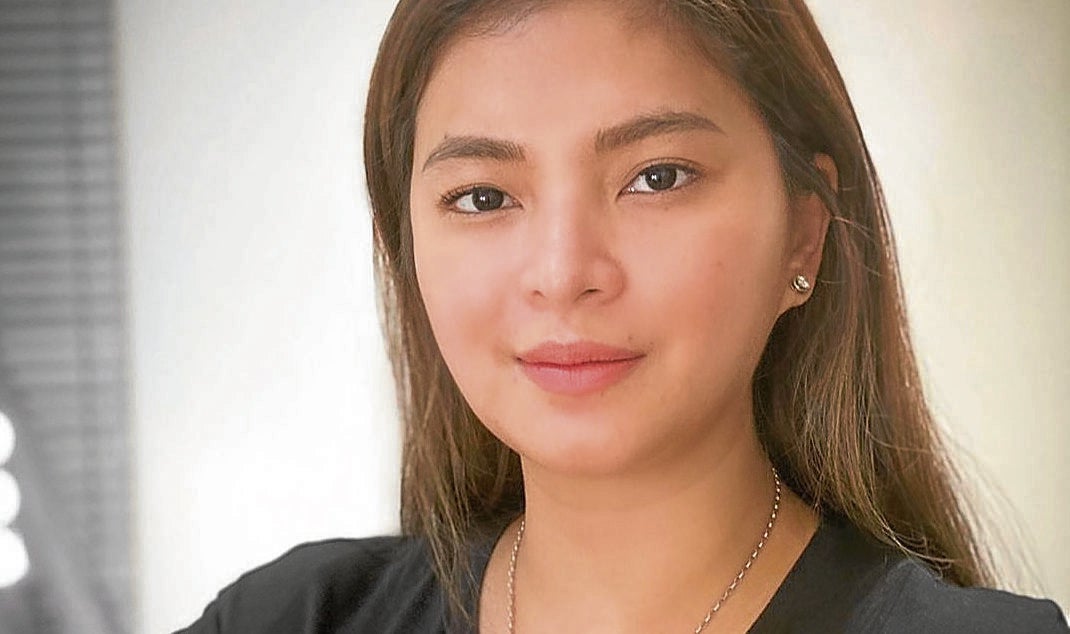 “Make it or break it I am proud to be Kapamilya! I have been with them since the day they re-started. I will be with them again when they re-start again. Sooner or later, I’m with them. One truly can’t deny how ABS-CBN served and helped and inspired the Filipinos all over the world,” wrote Martin, who had hoped against hope for a second chance.

“If there’s one thing I know about Filipinos it’s that we’re a forgiving people, and if it’s broken we fix it. And when we do, sometimes it works better than ever,” he said.

The day prior to the final hearing, Regine Velasquez urged everyone to vote for the right people in the coming elections. 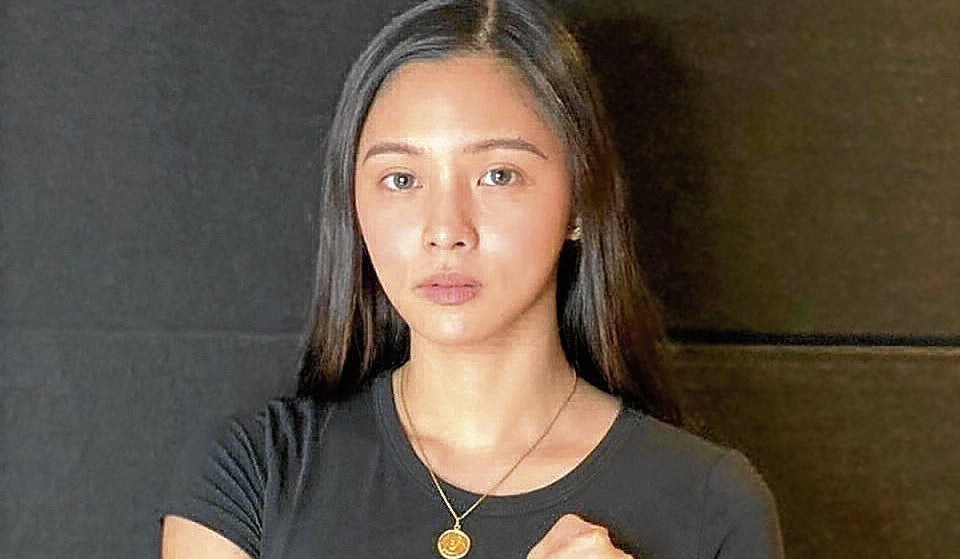 “Noon pa man kaming mga artista at singers na ang ginagamit para mangampanya. Gamitin natin ang impluwensya natin para maihalal ang mga nararapat,” she said. “Tama na sa mga trapo.” David Licauco’s tweet echoed Ruru’s: “I’m a proud Kapuso, but I know that both networks have the same mission—to serve the Filipinos. The fight is far from over and we all know this is more than just about the franchise.”

“For now, let me send out hugs and prayers to the displaced employees of ABS-CBN. We stand with you,” he added. INQ 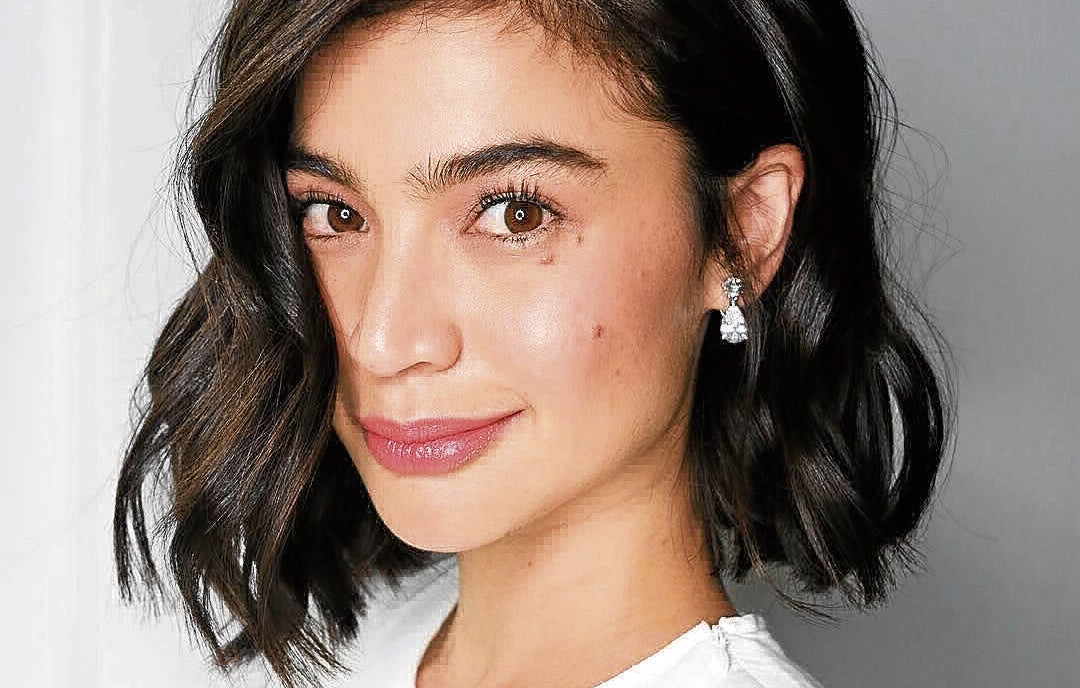 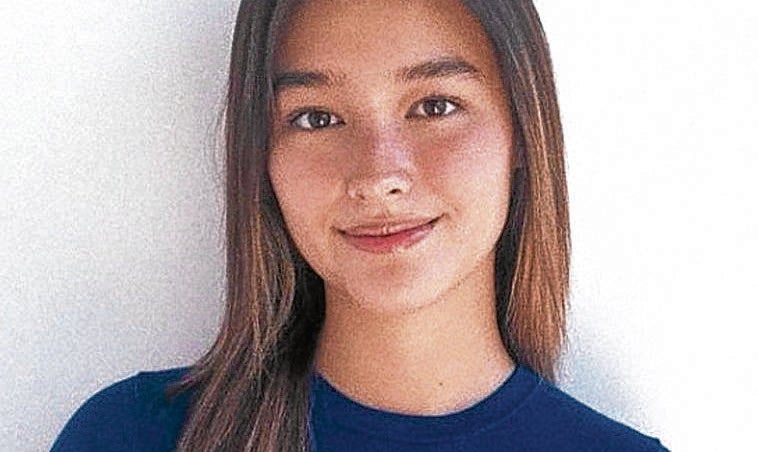 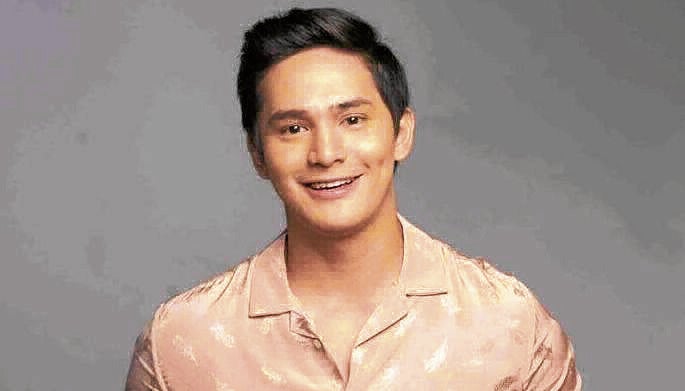 Read Next
How beauty pageants helped Miss Eco Int’l 2018 transition into acting
EDITORS' PICK
PNP: Checkpoints back in MECQ areas
Water remains our saving grace right now
A gem of a residence in the new normal
Smart 5G goes live
Been there, done that but what’s the difference between MECQ and GCQ?
BREAKING: 3,226 latest COVID-19 cases bring PH’s total to 106,330
MOST READ
MECQ guidelines in infographics
Doctors group to Duterte: ‘There was never a call for a revolt’
MECQ in NCR, other areas: Mass transportation suspended, quarantine pass required anew
Duterte heeds frontliners’ plea, reimposes MECQ in Metro Manila, other areas Aug. 4 -18
Don't miss out on the latest news and information.