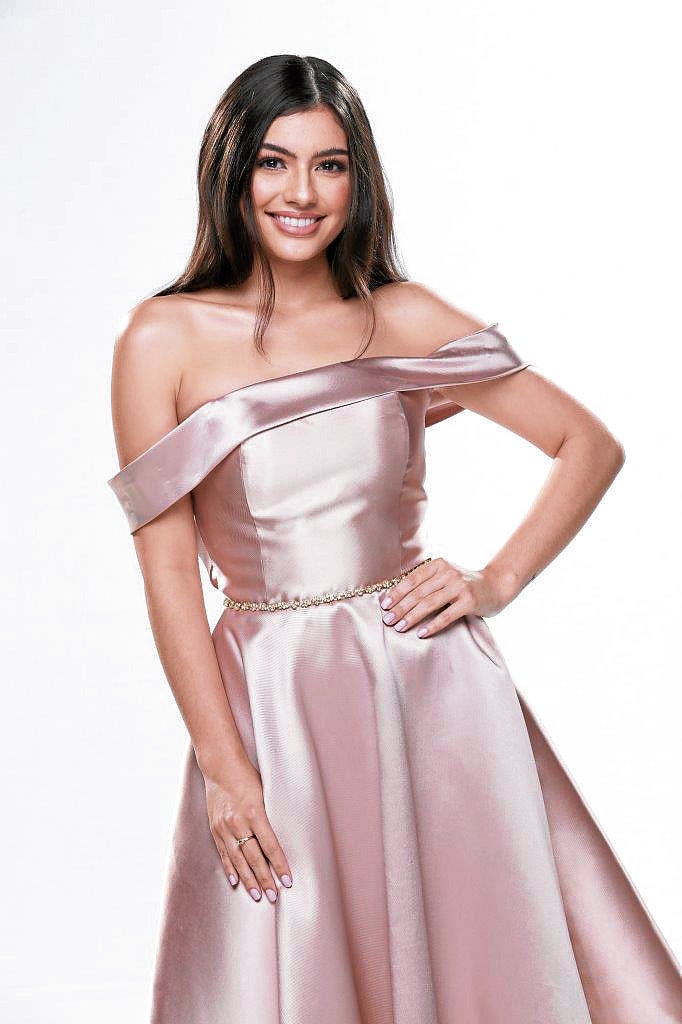 One thing Miss Eco International 2018 Thia Tomalla is thankful for about her pageant experience is that it equipped her with skills that helped her transition into acting.

The Fil-German beauty queen had her big television break last year when she landed a supporting role in the Alden Richards-starrer, “The Gift.”

“I grew up very shy and joining pageants made me realize what my strengths and weaknesses are. It was the starting point of my growth as a person. I don’t think I will have this kind of confidence if I didn’t join pageants,” Thia, who won the Miss Eco International 2018 in Egypt, told the Inquirer in a video interview.

“I want to be known for my skills … as a strong woman,” she stressed.

The self-assurance she has now was something she worked hard for. Despite her beauty and talent, she still has her fair share of niggling insecurities. “I’m not the fittest,” she said. And at one point, the pressure to be perfect became unbearable.

“There was a time when I was surrounded by people who told me that I should be perfect. I should be slim, sexy, smart … that I should have the answer to eve­rything. But it was stressful. It didn’t make me happy,” she recalled.

Only when she learned to accept her imperfections that she started to come into her own.

“I avoid people who think that perfection is the only way to go. My flaws are my flaws. I have to embrace them. Then, you get to know yourself better and grow. It has been a journey,” Thia said.

While she has already won an international beauty pageant, Thia still has aspirations of competing in another one.

At the start of the year, the 25-year-old beauty queen entertained thoughts of trying out for her dream contest, Miss World Philippines, which is tentatively scheduled in December for now. The COVID-19 pandemic, however, has her weighing her options

“It was at the back of my mind early this year, but then we had a pandemic. So I still don’t know yet. It’s hard. It doesn’t seem like a priority at the moment,” Thia said.

“I would like to focus on my acting career [for now]. I don’t want to juggle everything at the same time,” related Thia, who looks up to Queenie Rehman and Megan Young, who represented the Philippines in Miss World in 2012 and 2013, respectively.

She admitted that the current situation is bringing up “a lot of what ifs.” But in the end, what’s meant to be will be.

“I’m happy with my crown. But if I have the chance, and given the perfect circumstan­ces, I will join again. If the time is right and things fall into place, then yes. If not, then no,” she added. “We will see.”

Because of the crisis, some pageants, including Miss International, have already announced cancellations. Others are postponed and trying to hold auditions through online platforms.

“I think it’s just right to cancel or postpone, because I believe we should prioritize the health and safety of the candidates, who will be flying from around the world. You live only once and getting sick is tough,” said Thia, who welcomed the decision of some pageants to extend the age limit for hopefuls who may end up being affected by the postponements and cancellations.

Some critics question the existence or value of beauty pageants in this day and age. But for Thia, joining one is still a viable way to promote causes, especially those that resonate with her own. “I choose pageants whose advocacies align with mine,” pointed out Thia, who’s also a United Nations Goodwill Ambassador.

Aside from environmental issues and child malnutrition, she hopes to raise awareness about testicular cancer, which claimed his elder brother’s life last year.

“I want to help erase the stigma on boys having testicular cancer. My brother didn’t voice out his problem earlier, so it was already too late for us to help him when we learned about it. I don’t want anyone to experience what we did,” she said. INQ