‘It girl’ Kelsey Merritt is proudly Pinoy at heart 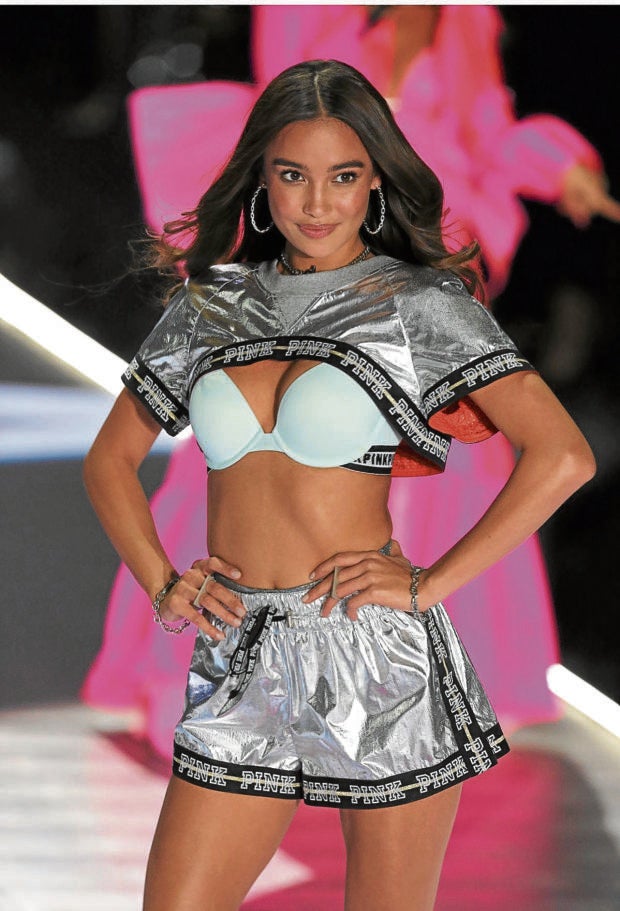 Kelsey Merritt redefines what an “It girl” ought to be. She’s the first Filipina to walk down the Victoria’s Secret runway. The 23-year-old Ateneo graduate is also the first Pinay to be featured in the Sports Illustrated Swimsuit Issue. Her video features in American Vogue, Harper’s Bazaar and Elle combined have already reached 6 million views on YouTube.

Even if Kelsey is currently based in Los Angeles, her presence will still be felt on the local scene. She recently signed up with Viva Artists Agency, so we will definitely get “Kelseyfied” via her upcoming campaigns and endorsements. Ms Merritt is getting the adulation she truly merits.

Here are snippets and quotes from Kelsey’s Zoom media con:

It’s not that I don’t want to join show biz. I’m open to the idea. I have a lot of respect for actors and their craft. But acting was never a passion of mine. Modeling has always been my dream, so I want to focus on it 100 percent for now.

If ever I join show biz someday, I don’t want it half-baked. I must really prepare for it. Now that I’m based in LA, I’m thinking of taking acting lessons. I might as well, because this is Hollywood country.

Since I started modeling at a young age, I learned early on that if I don’t get picked for an ad or a show, it doesn’t mean that I’m not good enough. It’s just because I’m not a perfect fit for that particular product or clothing line. So my advice to aspiring models is this: When you don’t get the part, don’t think of it as rejection. It’s more of redirection.

Even if I am half-American, I am more Pinay. It’s only my accent that changes when I’m here in the US, but when I’m back in Manila, my accent automatically becomes Filipino again.

I’m ecstatic about being managed by Viva. That means I will have more reasons to come home to the Philippines often because of the job opportunities lined up for me.

Unlike in “America’s Next Top Model,” where some girls get bitchy with each other, there’s no backstage drama like that in a Victoria’s Secret fashion show, where all the models cheer each other on. The energy is electrifying. You can feel it in the air.

Hopefully, my foray into the international modeling scene will break barriers and pave the way for other Filipinas to make it, too.

The most creative thing I did during quarantine was to learn how to make my all-time fave pandesal. I’ve been craving for it here in LA, where it’s not easily available. My first attempt was a success.

When I posted a picture of me with stretchmarks on Instagram, I got positive comments. I want to be as authentic as I can be, so I don’t edit my photos on social media. I want people to see that just like everybody else, I have flaws and it’s nothing to be ashamed of.

No to body shaming. People who do so are just projecting their own insecurities. They put people down just to make them feel good about themselves. INQ