NBC News sets goal of a workforce that is half minority 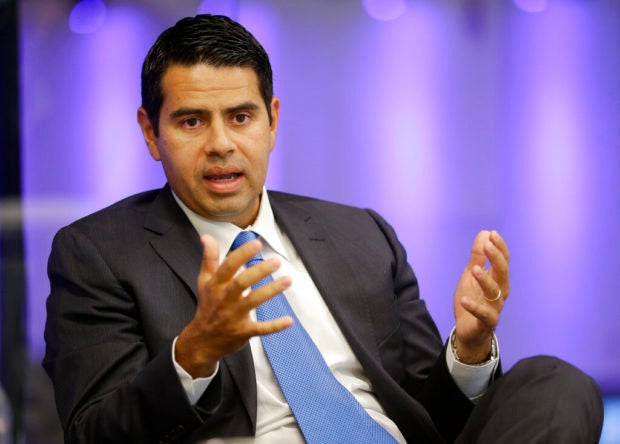 NEW YORK — NBC News leader Cesar Conde, in one of his first public acts in the job, has committed to building a workforce at the news organizations he supervises where at least half of the employees are minorities.

The staff is currently nearly 27% minority, including 8% each of Black, Latino and Asian workers. Conde set no deadline for achieving his “50 Percent Initiative.”

He also wants women to comprise half the employees at NBC News, MSNBC and CNBC, and he’s already nearly there.

The plan, first reported by the Los Angeles Times, makes Conde a leader in the current movement to diversify the news business. That conversation has spread throughout the industry since George Floyd’s killing at the hands of Minneapolis police in May.

For example, the top editor at the Philadelphia Inquirer resigned after Black reporters objected to a racially insensitive headline. Black reporters at The New York Times said an opinion piece on protests by Sen. Tom Cotton made them feel unsafe; the Times later said the column should not have run without changes and the opinion editor stepped down.

The networks’ on-air record is mixed. Lester Holt, who is Black, has the most prominent anchor role at NBC News. But until Thursday’s appointment of Joy Reid to host the 7 p.m. show on MSNBC, the liberal-leaning network’s evening cast featured five white men and one white woman.

A more diverse workforce will be able to spot stories that might otherwise be missed, Conde said.

“We are a news organization that I think has a unique responsibility to reflect and represent the various communities we serve,” he said. “In order to do that, we wanted to make sure that we attract the best and the brightest from all walks of life.”

Minority hiring will be one factor in how managers at the news organization are judged, along with finances and ratings at the shows they supervise, he said.

That’s important, since it will force managers to focus on the issue both in hiring and in retaining minority employees, said Doris Truong, director of training and diversity at the Poynter Institute, a journalism think tank. Truong said NBC News should also set goals for minority representation in leadership.

Conde and Truong have both suggested paid internships to attract young people of different economic backgrounds.

Given where NBC currently stands, particularly with Black employees, Truong said she understands why the initiative has no deadline and is glad that progress will be checked regularly. But she said Conde needs to ensure his initiative outlasts him.

“What I would like to hear is whether other people at NBC are committed to this moving forward,” she said.

Conde told his staff that NBC plans to seize the moment of awakening in the United States.

“This is the right moment for NBC Universal to not just wait for change to happen but to take the lead in it,” he told the AP.