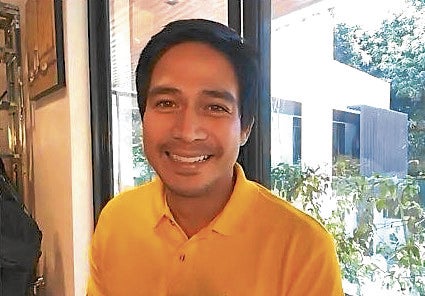 There’s much to love about Piolo Pascual’s predominantly romance-driven filmography as an actor.

But the much-welcome warmth and feel-good escapism provided by the likes of his blockbuster films “Starting Over Again,” “Milan” and “Don’t Give Up on Us”—screen currency that helped solidify Piolo’s reputation as the country’s No. 1 heartthrob—easily took the backseat when we read a story last February released by BDO Remit, which Piolo endorses, and PR firm ROAR Agile Communicators Corp. about the frugal and private person behind the bankable movie star.

In a nutshell, the story tells the bittersweet tale of a 19-year-old overseas Filipino (OF) who had to work double shifts and 16-hour duties—as a hospital worker by day and a security guard at night—just to make ends meet.

Yes, that was Piolo’s life in California after he decided to temporarily put his budding show biz career on hold to join his mom and siblings in the United States.

“It was hard at first because I had to leave behind the life that I had here,” Piolo recalled. “I was already an actor back then living a different lifestyle. When I migrated to the United States, I had to start from scratch. I had to work right away or I wouldn’t have food on the table.

“My sister and I were just renting a place. My mom, who lives in the same community, would drop by once in a while to give us food. But even so, we still had to fend for ourselves. I had two jobs because my salary was not enough to pay for my insurance, my car, my rental, my food and allowance.” 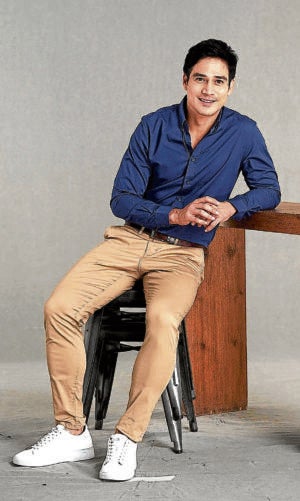 Two years later, Piolo decided to give acting another shot and came home—and the rest is history.

As a follow-up to that disarming Papa P story, we decided to attend BDO Remit’s webinar last Friday, enlivened by actor-singer Ricci Chan as host, and get Piolo to talk about the importance of saving and how a movie star like him has been managing his finances during the stultifying quarantine period.

“Saving has been an important practice in our family,” Piolo said when we asked him about his frugal ways. “When I was in school and began working, it was the practical thing to do. You save up for things you want to buy.

“If you have money saved, you’ll have something to bank on when unexpected situations happen, such as this pandemic. I knew I had to set aside something for a rainy day—and save money that I can use when I don’t have anything else.

“So, ever since I started working, puro savings na talaga ako. I made sure I wasn’t spending beyond what I could afford. I never changed my lifestyle—I’ve always lived a simple life. The pandemic has simplified my life further. Just the same, I make sure that my family’s protected through it all.”

To explain his spending habits during the lockdown, Piolo told the panel about the 18 chickens he had in his house at the time of the interview.

“Yes,” Piolo answered, laughing. “We were actually going to sell them during the lockdown dahil ang dami na ngang manok (laughs). So, they weren’t just for us. We also share them with friends. After all, we all have to eat.”

Piolo added, “During the quarantine, I was only spending for our food. Other than that, all I did were outreach programs. Nawala ang travel, shopping and dining out, so I really saved a lot! But the period also became a time for reflection.”

The webinar was made even more fun and engaging by the screening of three short videos, all helmed by JA Tadena and starring Piolo with actresses who look like Toni Gonzaga and Claudine Barretto, spoofing scenes from three of Piolo’s most popular movies, including “Starting Over Again” and “Milan.” (Check them out on BDO Unibank’s YouTube channel and on BDO Kabayan’s Facebook page.)

What keeps Piolo youthful and fresh through the years?

“It’s important to always keep a positive outlook in life because it will eventually manifest physically,” the actor replied. “I also sleep a lot. I exercise, even when I feel tired, and I hydrate a lot. More than that, it’s important to be grateful and humble for whatever blessings you have—that alone should provide the inspiration we need to stay alive and keep going.”

Read Next
How newly engaged Ritz is coping amid ABS-CBN shutdown, virus scare
EDITORS' PICK
Smart 5G goes live
PNP: Checkpoints back in MECQ areas
BREAKING: 3,226 latest COVID-19 cases bring PH’s total to 106,330
Been there, done that but what’s the difference between MECQ and GCQ?
Water remains our saving grace right now
A gem of a residence in the new normal
MOST READ
MECQ guidelines in infographics
Doctors group to Duterte: ‘There was never a call for a revolt’
MECQ in NCR, other areas: Mass transportation suspended, quarantine pass required anew
Corruption during pandemic? Don’t blame it all on Duterte – Pacquiao
Don't miss out on the latest news and information.

Corruption during pandemic? Don’t blame it all on Duterte – Pacquiao