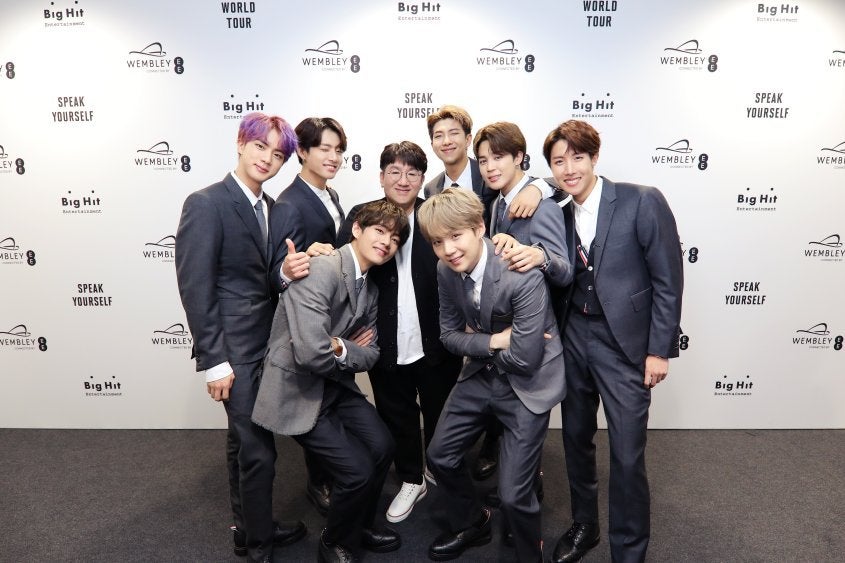 During his interview with the authors of “Big Hit Entertainment and Blockbuster Band BTS: K-Pop Goes Global,” Bang said the band’s contract renegotiations — a period when many stories of conflict arise among K-pop artists — took place without the intervention of lawyers or agents.

“We talked about whether we would be able to continue this success for another seven years. The members said, ‘We will give you seven more years, but give us the acknowledgment that we deserve for the successes that we have achieved, and reflect it in the contract,’” he said.

The septet and label focused on what they could do for their fans and their customers, which enabled a rare peaceful transition and continuation of their trusted relationship. They did not talk about money either during the talks.

BTS’ monthlong vacation last year, before concluding “BTS World Tour: Love Yourself,” is another deviation from common practices in the K-pop world.

Bang figured three to four days of rest, which is the industry standard, wouldn’t help the members that much. He knew the label would be taking a risk by letting the band go on an extended hiatus especially at the peak of their popularity, since there exists a genuine fear that fans might leave if the bands don’t have anything going on.

But the label’s executives decided to push forward, keeping the big picture in mind as they recognized the traditional business model wasn’t sustainable in the long term.

The septet also freely posts on social media without any intervention from their label. The members don’t have individual accounts on Instagram or Twitter, but they have set up separate profiles on Big Hit’s fan community platform Weverse. And there, Bang clarified, they “manage their own accounts” and the company doesn’t interfere unless they specifically seek advice.

This laissez-faire social media strategy stems from Big Hit’s 2011 workshop, a three-day event to reassess the company’s direction as it was on the brink of bankruptcy. It was through the workshop that the team realized despite the spread of social platforms, many people feel more isolated than before. The label decided to use social media to “help, inspire and heal people” moving forward, and forge a genuine connection between artists and fans.

The latest paper also offers a clear sense that Bang and his label did everything to support the band, to help them grow in the best way possible while embracing risks that their unconventional methods might fail.

Big Hit solely focused on BTS since their debut in 2013 without introducing any new acts until last year with TXT. It is very unusual in K-pop where companies quickly redirect their resources to a new group of trainees once they think the band reached a certain level of maturity.

“We thought hard about shifting our resources to a new group,” Bang admitted.

“But we felt that BTS had too much potential still, and decided to press on. That turned out to be a correct decision.”

Read Next
Hollywood comes to UK High Court as Depp takes on The Sun
EDITORS' PICK
Shop smarter with vivo’s big 12.12 holiday deals
House energy committee chair Arroyo bats for cheap electricity
How not to retire as an ex-president
Lawmakers eyeing more changes in Maharlika plan
Hidilyn Diaz wins only gold missing from her collection
The vivo Y02 is now available in the Philippines for only PHP 5,299
MOST READ
Jovit Baldivino, ‘Pilipinas Got Talent’ winner, dies at 29
Andi Eigenmann, family in Manila for a quick visit; Ellie dines with grandma Jaclyn Jose
LPA enters PAR, to likely strengthen into tropical depression in coming days – Pagasa
Lawmakers eyeing more changes in Maharlika plan
Don't miss out on the latest news and information.