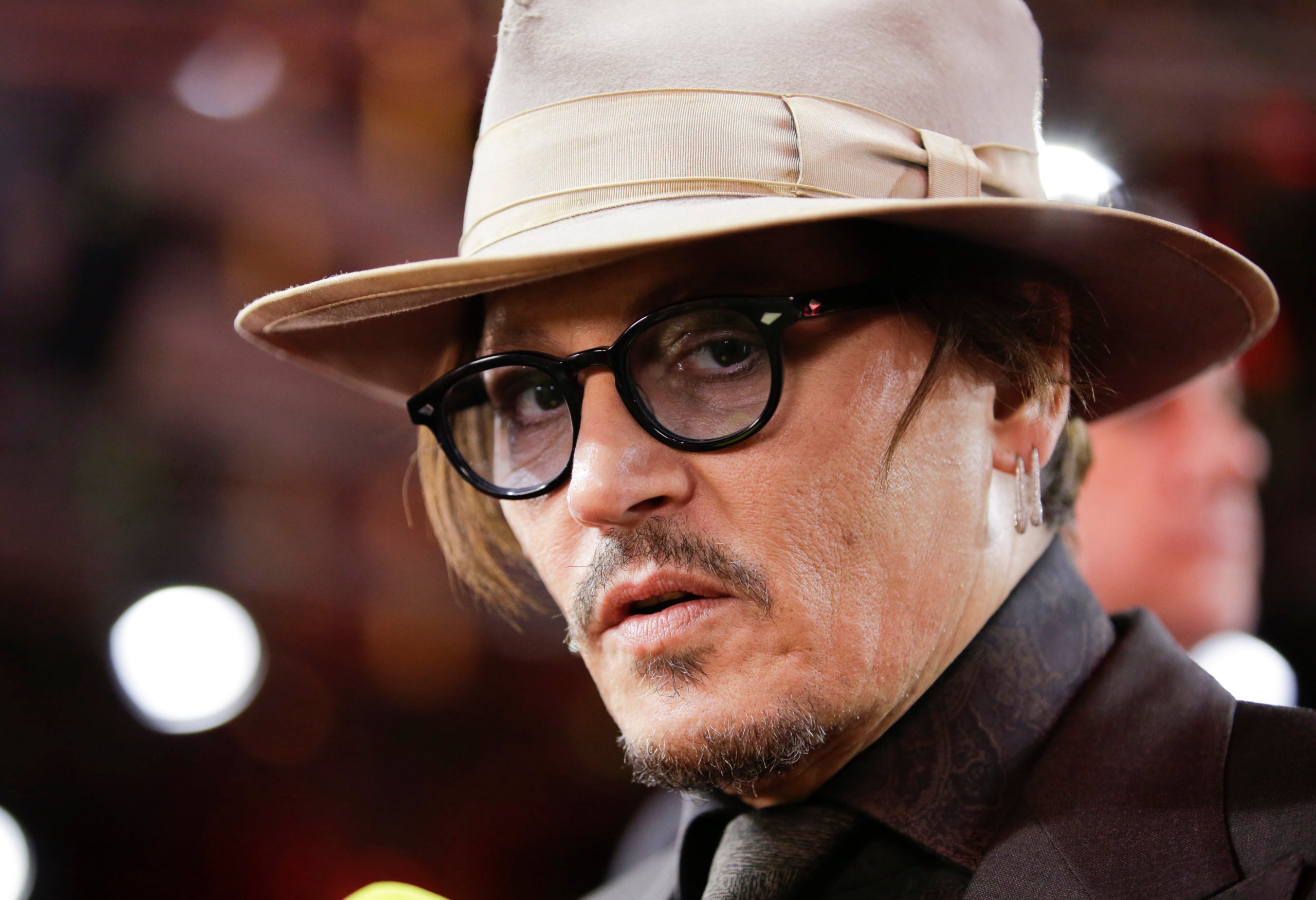 In this Friday, Feb. 21, 2020 file photo, actor Johnny Depp arrives for the screening of the film Minamata during the 70th International Film Festival, Berlinale in Berlin, Germany. On Tuesday, July 7, 2020, a judge at the High Court in London is due to begin hearing Depp’s claim against a British national newspaper and its executive editor, over the 2018 story claiming he was violent and abusive to then-wife Amber Heard. (AP Photo/Markus Schreiber, File)

LONDON — Johnny Depp has a starring role in a real-life courtroom drama in London, where he is suing a tabloid newspaper for libel over an article that branded him a “wife beater.”

On Tuesday, a judge at the High Court is due to begin hearing Depp’s claim against The Sun’s publisher, News Group Newspapers, and its executive editor, Dan Wootton, over the 2018 story alleging he was violent and abusive to then-wife Amber Heard. Depp strongly denies the claim.

Both Depp and Heard are expected to give evidence at the three-week trial, one of the first to be held in person since Britain began to lift its coronavirus lockdown. Witnesses are likely to include Depp’s former partners, Vanessa Paradis and Winona Ryder, both of whom have submitted statements supporting the “Pirates of the Caribbean” star.

Depp’s claim centers on an April 2018 story in the British tabloid headlined: “Potty – How can JK Rowling be ‘genuinely happy’ casting wife-beater Johnny Depp in the new Fantastic Beasts film?”

Depp and The Sun have hired some of Britain’s highest-profile lawyers, and pre-trial hearings have already exposed radically differing accounts of Heard and Depp’s tempestuous marriage.

The Sun’s lawyers tried to have the suit thrown out on the grounds that Depp failed to disclose text messages he exchanged with an assistant showing that he tried to buy “MDMA and other narcotics” while he was in Australia with Heard in 2015.

Heard alleges that Depp subjected her to “a three-day ordeal of physical assaults” while they were in the country after drinking and taking drugs.

The newspaper’s lawyer, Adam Wolanski, said withholding the texts was a breach of a previous court order requiring Depp to provide all documents from separate libel proceedings against Heard in the United States. Depp is suing Heard for $50 million for allegedly defaming him in a Washington Post article about domestic abuse.

Last week, judge Andrew Nicol ruled that Depp had breached the court order, but said “it would not be just” to throw out the actor’s claim.

He also rejected an attempt by Depp to force Heard to disclose evidence including communications with actor James Franco and Space-X founder Elon Musk, with whom she allegedly had affairs while involved with Depp. The judge said the issue of Heard’s extramarital relations was irrelevant to the central issue in the case, which is “whether Mr. Depp assaulted Ms. Heard.”

The judge also rejected a last-minute attempt by Depp’s lawyers to have Heard barred from the courtroom except when she was giving evidence. They argued that her testimony would be more reliable if she weren’t present in court when Depp was being cross-examined.

Nicol said that excluding Heard “would inhibit the defendants in the conduct of their defense.”