Dawn Zulueta on staying fit during quarantine: ‘I keep my metabolism guessing’ 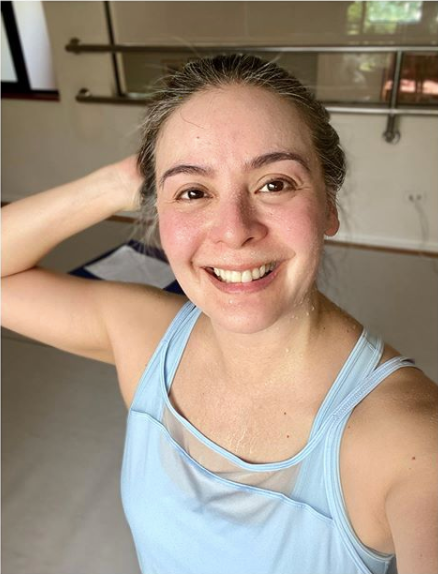 Actress Dawn Zulueta revealed how she keeps her body fit and healthy during the quarantine period.

“I like to keep my metabolism guessing,” Zulueta said. “Like[…] what’s it going to be today — starvation or 6,000 calories?” The actress showed what appears to be her post-workout look, sporting a light-blue tank top while glistening with sweat, as seen on her Instagram post today, July 7.

Through a hashtag, Zulueta also disclosed that she is dealing with menopause, which marks the end of women’s menstrual period.

Zulueta has been also embracing her increasingly gray hair, while quarantine measures are still in place due to COVID-19. The mom of two previously joked that homeschooling her children was what made her hair turn white.

The veteran actress has bagged multiple awards in her career including Best Actress in the Metro Manila Film Festival (MMFF) for her 1993 film “Kung Mawawala Ka Pa,” which also starred Christopher de Leon. She was hailed as one of the winners of the “Iconic Movie Queen of Philippine Cinema” in 2015, as well. Zulueta turned 51 years old on March 4.  /ra