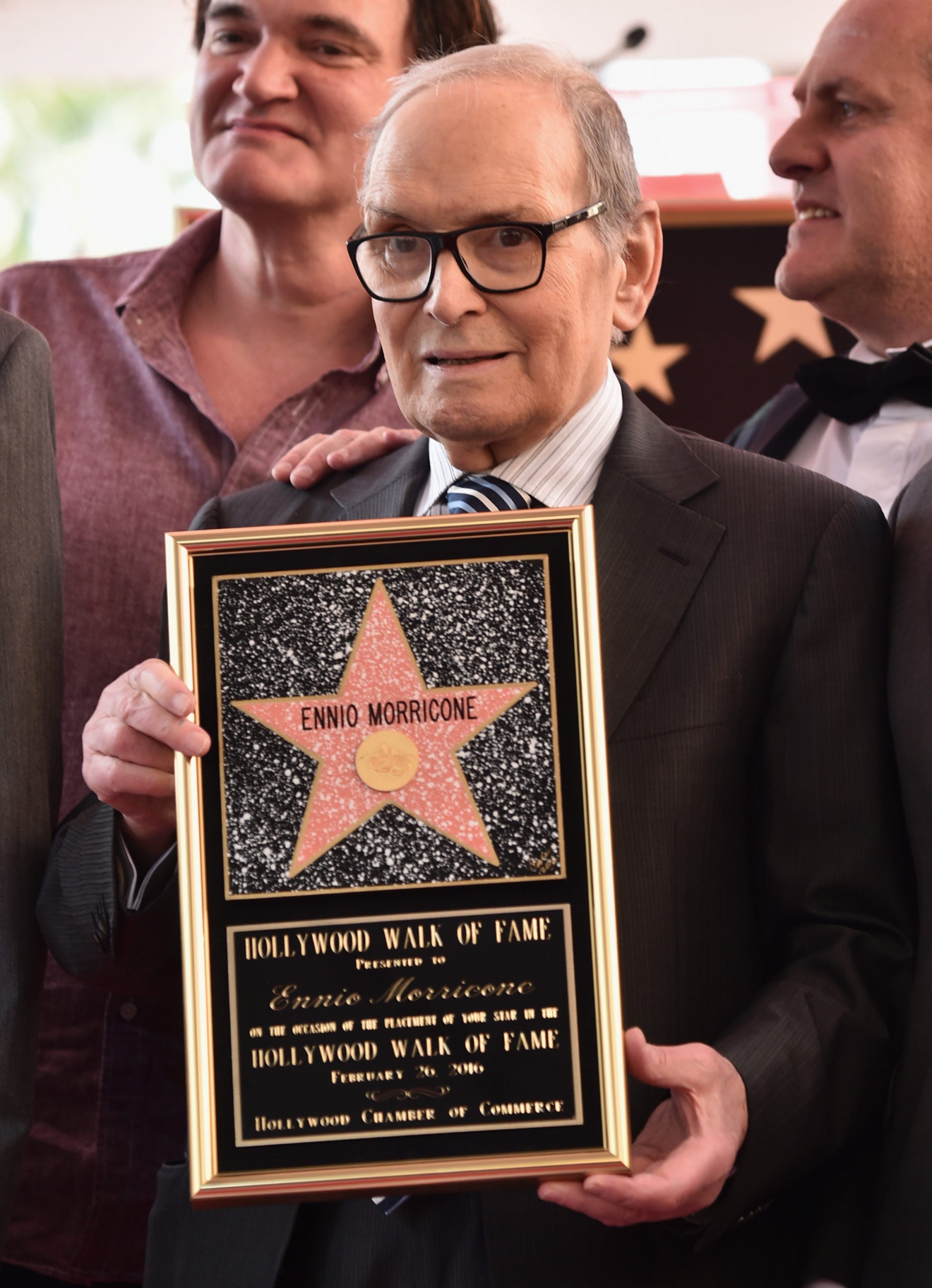 Composer Ennio Morricone attends a ceremony honoring him with the 2,575th Star on The Hollywood Walk of Fame on February 26, 2016 in Hollywood, California. Alberto E. Rodriguez/Getty Images/AFP

ROME, Italy — Ennio Morricone, one of the world’s best-known and most prolific film composers, died in Rome on Monday at the age of 91.

He composed the music for about 500 films, including his old childhood friend Sergio Leone’s 1966 spaghetti western “The Good, the Bad and the Ugly” and Quentin Tarantino’s “The Hateful Eight” for which he won an Oscar in 2016.

Morricone died in hospital where he was being treated for a fractured femur following a fall, according to a statement from a lawyer and family friend.

A statement issued by lawyer and family friend Giorgio Assuma said Morricone “passed away in the early hours of July 6 with the comfort of his faith”.

He remained “fully lucid and with great dignity right until the end,” the statement said.

Tributes began pouring in for the maestro soon after his death was announced.

“He made us dream, he moved us and made us think, writing unforgettable notes that will remain forever in the history of music and cinema,” he said on Twitter.

Italian Health Minister Roberto Speranza wrote in a tweet: “Adieu maestro, and thank you for the emotions you gave us.”

Gilles Jacob, the former head of the Cannes film festival, described him as the “emperor” of film music.

Born on November 10, 1928, Morricone began composing at the tender age of six, and at just 10 he enrolled in a trumpet school at prestigious Saint-Cecilia conservatory in Rome.

His film career began in 1961, when he was 33, with a collaboration with director Luciano Salce in “Mission Ultra-secrete” before going to gain fame with the score for “A Fistful of Dollars” starring Clint Eastwood in 1964.

Before winning the Oscar for best film score in 2016, the Rome-born son of a trumpeter had been nominated no fewer than five times before the Academy of Motion Picture Arts and Sciences — embarrassed that such a talent had not been recognised sooner — presented him with a lifetime achievement award in 2007.

Although he is most closely associated in the public mind with Leone’s westerns starring Eastwood, Morricone’s composition for Roland Joffe’s Jesuit drama “The Mission” is considered by many critics to be his cinematic masterpiece, an epic and eclectic reflection of South America’s musical melting pot.

He also worked with some of cinema’s most filmmakers — after his collaboration with Leone, he worked with Italian screen legends Federico Fellini and Pier Paolo Pasolini and later with the likes of Pedro Almodovar, Bernardo Bertolucci, Brian De Palma and Oliver Stone.