AUSTIN, Texas  — Vanilla Ice cooled off plans for a concert in Texas after taking considerable heat for an event that sought to gather hundreds of fans in one of the nation’s coronavirus hot spots. 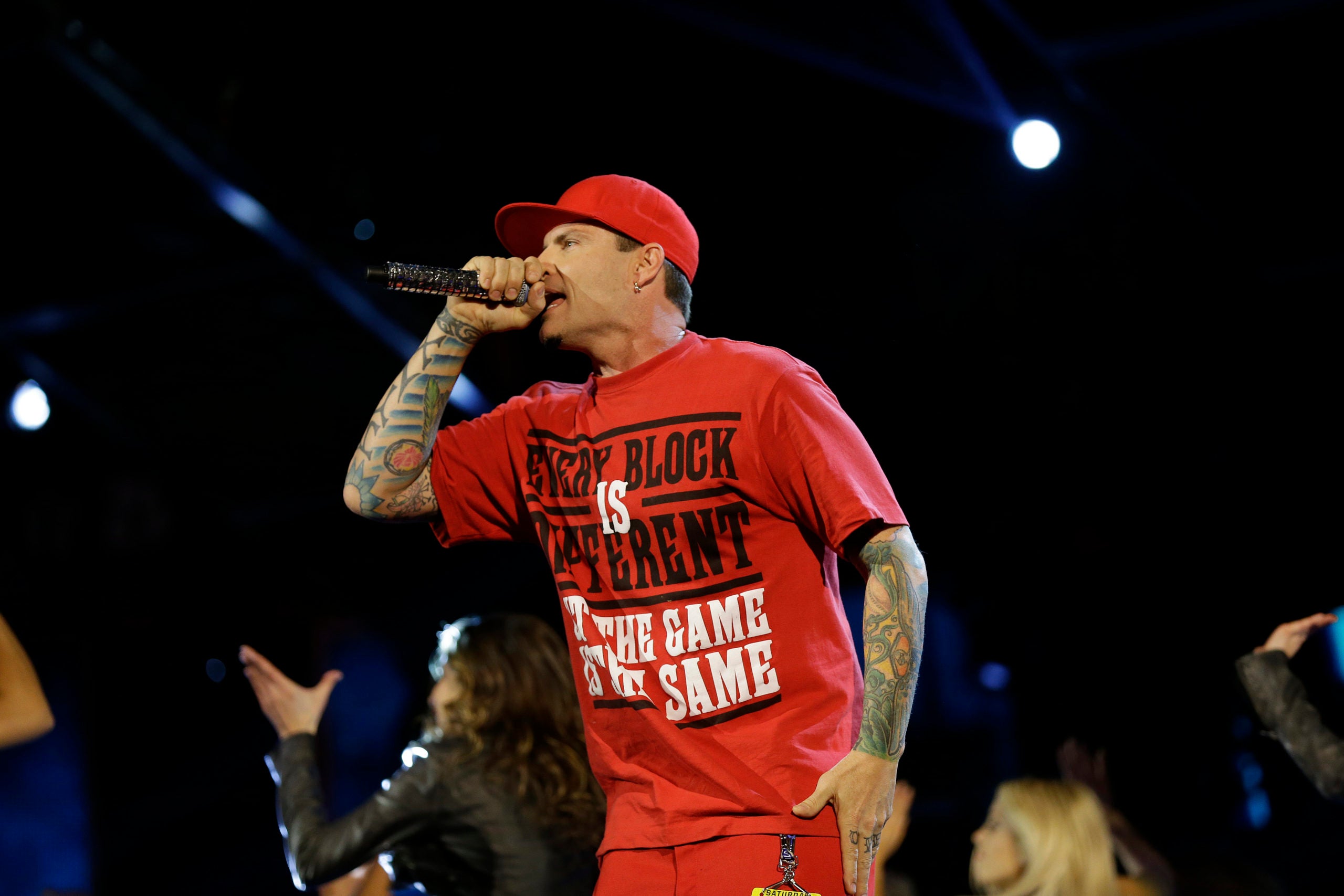 FILE – In this Feb. 15, 2014 file photo, singer Vanilla Ice performs during the skills competition at the NBA All Star basketball game, in New Orleans. Vanilla Ice has indefinitely postponed a Texas concert that had drawn fierce criticism due to the coronavirus pandemic. The 1990s rapper with the hit single “Ice Ice Baby” had been scheduled to play a lakeside concert just outside Austin on Friday, July 3, 2020, but he decided to postpone until a later date, the owner of the restaurant hosting the show said Thursday, July 2. (AP Photo/Gerald Herbert, File)

The 1990s rapper with the hit single “Ice Ice Baby” had been scheduled to play a lakeside show just outside Austin on Friday, but on Thursday he announced it was being postponed.

“Due to the increase in COVID-19 numbers in Austin we’re gonna move the concert to a better date,” Vanilla Ice tweeted. “We were hoping for better Coronavirus numbers by July but Unfortunately the numbers have increased quite a bit so for the safety and health of everyone we’re going to stay home.”

Barrett Brannam, who owns the venue where Vanilla Ice had been scheduled to play, said the performer — real name Robert Van Winkle — had expressed concern about the health of his fans and himself.

Brannam said Saturday’s planned appearance by 1990s R&B group Color Me Badd also was postponed. He said both Vanilla Ice and Color Me Badd would perform at a later date, but he didn’t know when.

“Hard to say. Could be later this summer or not until next summer. We don’t know how long this virus will be around,” he said.

Texas Gov. Greg Abbott last week shut down bars and clubs in an effort to halt what he called a “massive spread” of the coronavirus. But the Emerald Point Bar & Grill is still open and hosting live music because it is a restaurant and performances can take place outside.

The Vanilla Ice show drew widespread attention — and criticism — when the rapper posted about it on social media Wednesday. Only 84 tickets had been sold before the online ticket broker suspended sales, Brannam said.

“I take the coronavirus serious. But we can’t live in a bubble,” the rapper tweeted before canceling Thursday. “I think at this point we all understand the severity of it. (P)ractice social distancing and wear a mask. This is an outside venue, Fourth of July on the lake with fireworks. Plenty of room for distancing.”

Brannam said he hadn’t come under any pressure to cancel the show from state or local governments but he has been swamped with calls of complaints.

Vanilla Ice played the same venue last year in front of 1,800 people and is booked for the holiday weekend for the next two years, Brannam said. Friday’s concert was booked in 2019, he said.

“I didn’t know about COVID when I booked this show. Nobody did,” Brannam said.

The venue was going to be checking patrons’ temperatures at the entrance and giving a mask to anyone who needed one, he said.

The restaurant has been hosting live music performances since it reopened in May.

Brannam said no one complained until it was a Vanilla Ice concert.

Brannam said he postponed upcoming concerts by Coolio and Tone Loc next weekend because he wouldn’t lose money.

“Vanilla Ice, he’s poised for people to poke fun at. Nobody was saying anything until he made his post. That’s when everything went crazy,” Brannam said. “I’m the most hated person on the planet right now over a Vanilla Ice show.”