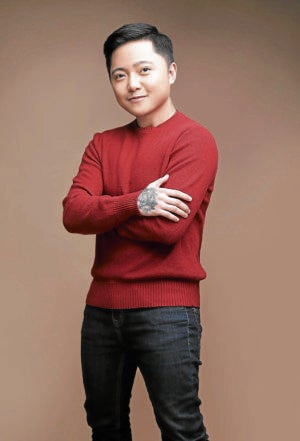 “I broke down at one point because it was like going back to the dark times, the feeling of anxiety and depression. But I had to [do it]. It was stressful.”

Thus said Jake Zyrus of having to relive the challenges he faced, personal and family-related while doing “Jake and Charice,” a documentary that delves into his life, musical journey and gender transition.

The documentary recently won the Golden Camera award at the social issues category of the US International Film and Video Festival. It was produced by the NHK, Japan’s national broadcasting organization, and Documentary Japan in cooperation with ABS-CBN.

“It documents my journey—we went all the way back when I was young and showed how everything happened. It also focused on my transition as a trans man,” Jake said of the documentary in a recent video interview with the Inquirer.

While the film has already been screened in Japan last November, it has yet to receive a playdate in the Philippines. Streaming is a possibility, however, Jake said.

Does he think that showing “Jake and Charice” in the Philippines will help people understand better his and other transgender people’s stories and plight?

“I’m hoping, but I’m not expecting. Whether they understand or not, that’s up to them. I have tried to explain myself and who I am. But as I get older, the more I feel that I can’t go on explaining myself forever. That’s why I’m grateful to have the documentary.”

“I will just let the film speak for itself and, hopefully, educate people—that’s if they’re willing to listen,” Jake stressed.

While he feels that people’s perception of him is now better than how it was when he first came out as a trans man, the singer admitted that going out in public or reading about himself online can still be an “emotional roller-coaster.”

“Sometimes, I go out and I feel good. But then I go somewhere else and … you get that look. That ends up triggering … [my anxiety],” he told the Inquirer.

“That’s why when I don’t have work or any other stuff to do, I would rather stay at home,” he revealed.

On social media, sentiments and opinions about the 28-year-old singer-performer’s gender identity seemed to have mellowed. And that’s quite heartening, even inspiring, Jake said.

“Looking at the comments on the songs I post on YouTube, I feel like they have accepted me. Or maybe they’re just being kind to me. But whatever that may be, I can see that there’s respect—not just toward me, but in general,” he said.

Still, he avoids social media as much as possible. As a public figure, he conceded that things can get better, but not “100 percent OK,” because some people will always have something to say, “regardless of what you do.”

“I can’t force anyone to believe that [cyber]bullying is something that can affect [people] seriously… emotionally. How hard is it to show respect and kindness? That’s something I have always wondered about,” he said.

Amid the COVID-19 pandemic and lockdown, Jake busies himself with online shows and recording performance videos. He’s learning the ropes of music and vocal mixing. And he recently released a self-penned single, “Love Even If,” which talks about his willingness to love, no matter how hard it can sometimes be.