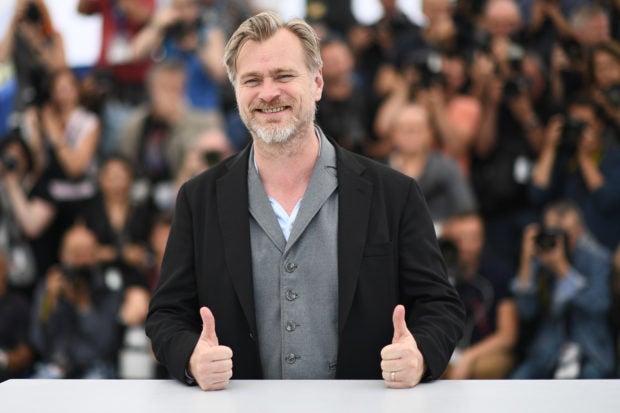 British director Christopher Nolan poses on May 12, 2018,.NC,  during a photocall at the 71st edition of the Cannes Film Festival in Cannes, southern France. Image: Anne-Christine Poujoulat/AFP

After Anne Hathaway claimed that director Christopher Nolan “doesn’t allow chairs” on set, his team has clarified that sitting is very much practiced on his film productions.

“The chairs Anne was referring to are the directors chairs clustered around the video monitor, allocated on the basis of hierarchy not physical need,” Nolan’s spokesperson Kelly Bush Novak said in a statement to IndieWire yesterday, June 30.

“Chris chooses not to use his but has never banned chairs from the set. Cast and crew can sit wherever and whenever they need and frequently do.

“For the record, the only things banned from [Christopher Nolan’s] sets are cell phones (not always successfully) and smoking (very successfully),” Novak said.

Hathaway opened up on working with Nolan in an interview with actor Hugh Jackman published in Variety Monday, June 29. She starred in his films “The Dark Knight Rises” and “Interstellar.”

“He doesn’t allow chairs, and his reasoning is, if you have chairs, people will sit, and if they’re sitting, they’re not working,” she had told Jackman.

“I mean, he has these incredible movies in terms of scope and ambition and technical prowess and emotion. It always arrives at the end under schedule and under budget,” she added. “I think he’s onto something with the chair thing.”

Following her statement, memes and backlash ensued on Twitter about his alleged no-chair rule.

Acting extras from Nolan’s movies, such as director Aaron Stewart-Ahn who was in “The Dark Knight Rises,” spoke up to clarify that chairs and tables are made available in Nolan’s sets. Niña V. Guno /ra