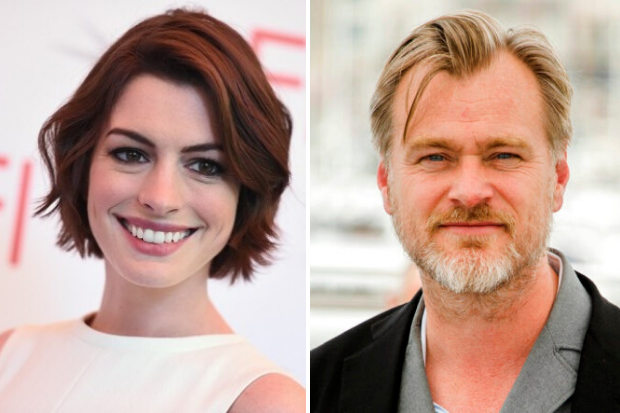 Anne Hathaway has brought to light director Christopher Nolan’s unconventional practices on set, such as a ban on chairs.

After Jackman pointed out two directors he worked with who did not allow phones on set, namely Darren Aronofsky and Denis Villeneuve, Hathaway corrected the actor and added Nolan as his third.

“I mean, he has these incredible movies in terms of scope and ambition and technical prowess and emotion. It always arrives at the end under schedule and under budget. I think he’s onto something with the chair thing,” she added.

Hathaway has been able to work with Nolan twice, so far: as Catwoman in “The Dark Knight Rises” and as Amelia Brand in “Interstellar”.

One of the best

When asked by Jackman about her experience playing Catwoman, Hathaway explained, “You know how you have those jobs and you just go, ‘I don’t know how I’m going to work again because this was such fun.'”

Noting that she is “such a director nerd,” Hathaway explained that she just loves “seeking out the best directors” she can and watch them work.

“Chris’ whole approach to filmmaking is one of my favorite ones,” Hathaway said. “He’s broken it down to its most minimal, but also his movies are just so huge and ornate. That combination of really being intentional about what it was that we were doing — and also, he’s just so inspiring.”

Nolan, the man behind several blockbusters including “Inception”, “Interstellar” and the “Dark Knight” trilogy, is set to put out his latest sci-fi film “Tenet” this August. Ian Biong/NVG