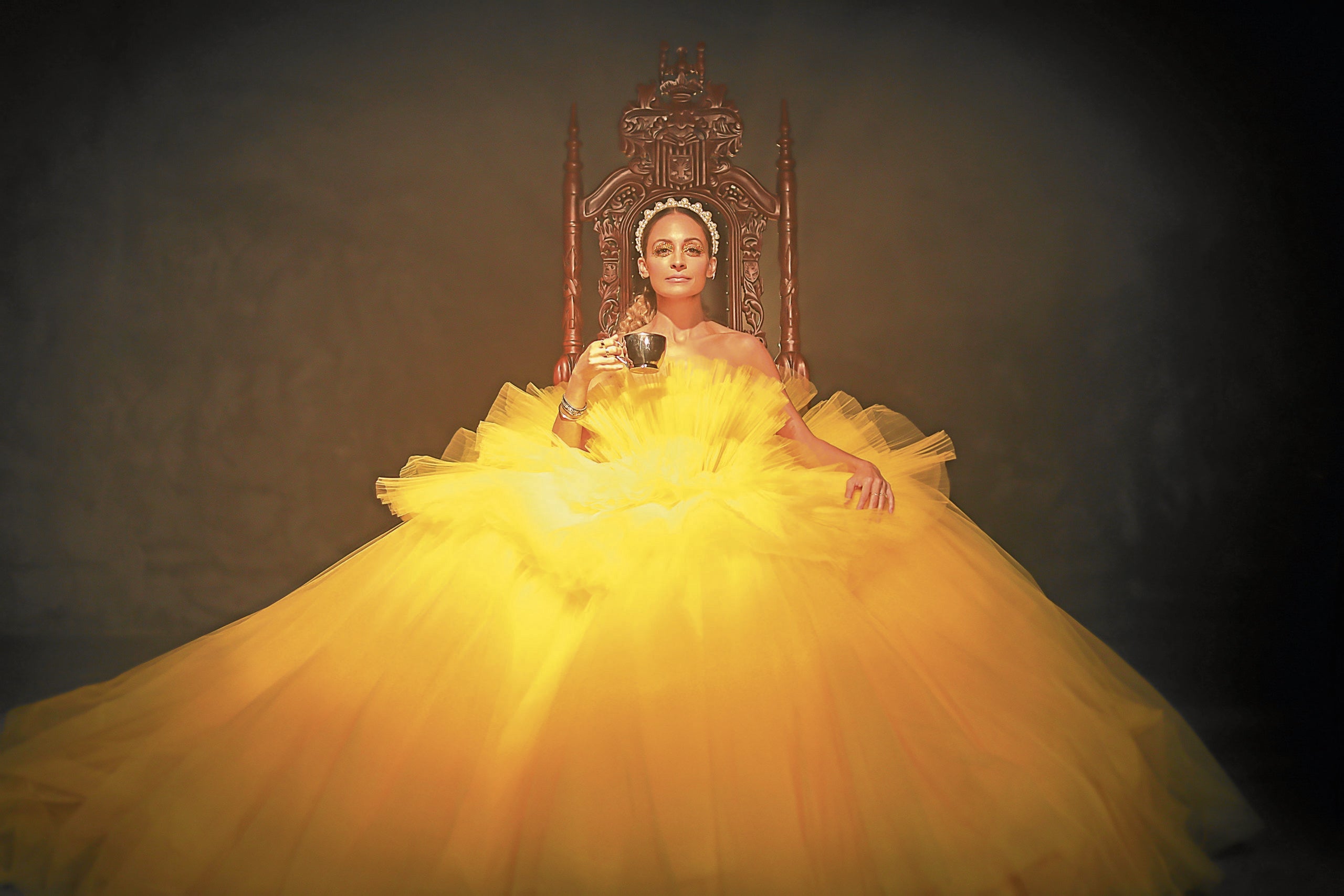 Richie stars as her alter ego in “Nikki Fre$h.”—PHOTO COURTESY OF QUIBI

LOS ANGELES—Nicole Richie has evolved from her days with pal Paris Hilton in which she landed in the tabloids for being involved with brawls, possession of drugs and driving under the influence of alcohol.

Now 38, the adopted daughter of Lionel Richie has matured into a woman who is passionate about saving bees, gardening, clean water and being a mom.

Nicole, whose biological parents are musician Peter Michael Escovedo (son and namesake of percussionist Pete Escovedo and brother of singer Sheila E) and Karen Moss, is married to rock singer Joel Madden. They have a daughter and a son, born in 2008 and 2009, respectively. Both Nicole and Joel are philanthropists.

Joel’s twin brother, Benji Madden, is married to Cameron Diaz so the actress is Nicole’s sister-in-law.

On Quibi, Nicole stars as her alter ego in “Nikki Fre$h,” described as a six-episode short comedy-music series that combines her passion for Mother Earth and hip-hop.

Excerpts from our video call, in which she called from her LA home:

Looking back at “The Simple Life,” were you surprised that it became so popular? Paris Hilton talked about how both of you were putting on personas for the show.

I can only speak for myself. I can say that first of all, we were both very young. I think I was 21 when it started. Neither one of us expected the show to be as big as it was. Even though there were talks of seasons, I didn’t think about a second season. I was just young and doing something because it sounded like it would be fun.

With a lot of unscripted shows, it gets to a point—I would say usually after the first season—where everyone just understands, OK, this is what works, and this is what doesn’t and we have to cram all of this into a 22-minute episode. We figured out what we were doing right after Season 1.

How different are you now from “The Simple Life” years?

That show was a very long time ago. I’m 38 now. I’m different, and my mind’s different. And what I want to put out into the world has changed.

How often do you see Paris Hilton?

I haven’t seen her in a few months. But yes, we both live in LA and we run into each other.

You are busy being a mom, TV personality, fashion designer, author and actress. Which comes first?

Definitely, being a mom comes first. That’s just where my heart lies. I’m someone who loves to create. It’s 2020, and it’s very representative of how women live their lives now. It’s not necessarily wearing one hat.

I didn’t necessarily have a very clear path when I was younger. My path was something that I had to try a few different things and go down different roads, to find my creativity. I love, for example, acting and fashion design. They are such two different things. They bring out two very different parts of me. 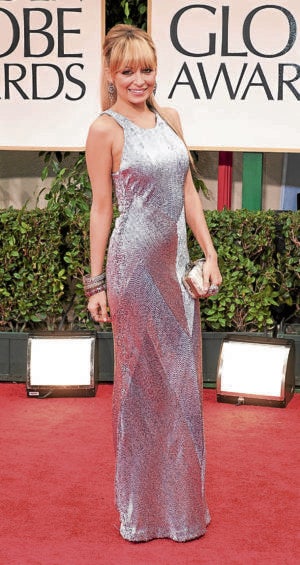 In raising your own kids, do you reflect on how you grew up?

I grew up in LA. And because I grew up here, a lot of people in my life I’ve known since I was 10. I’ve got a lot of childhood friends and that plays such a big role in who I am, and it’s very important as far as how I raise my kids. I want to make sure that my kids have a childhood.

Are you proud to say you’re both a successful gardener and mom?

How are you raising your kids in these strange pandemic times?

I have a 10 and 12-year-old boy and girl. One’s very happy to stay at home. I have a 12-year-old for whom this is the natural time for her to spread her wings a little bit and be away from us. So, that’s definitely been a bit of a struggle because I’ve got a daughter who wants to see her friends.

And what I’ve tried to do is to not force too much. To be honest without creating fear, but also being realistic because you have to be. Now we’re three months in, so we’re just trying to find a new way of normal. The kids are handling it well.

The kids now are so passionate, they’re focused and know what they stand for. I’m proud of them.

How has motherhood and married life to Joel Madden changed you as a person?

The biggest change is motherhood. But it’s also age. Kids make you very specific on how you spend your time and where you put your energy. It does take a lot for me to go to a social dinner. It’s not as easy as it was back when I was 22.

In your Quibi show, these are three things that are also big in your life now: saving bees, clean water and eating “ugly produce.” How did you get involved with those?

I started an edible garden about six or seven years ago. I had a few friends who were doing it. They were like, “You should start growing your own fruits and vegetables.” I started with one little box garden, and I fell absolutely in love with it. I started posting it on Instagram because Oprah was posting her harvest on Instagram. If Oprah does it, then you have to, as well.

And people started liking it. I’ve had friends who made fun of me. I actually think it’s the most fun, exciting and spiritual.

I was like, how can I communicate to as many people as possible about how wonderful something like this actually is? I decided to do it through the album and the show.

About the bees, that came because I did a show called “Candidly Nicole” a few years ago. I met these beekeepers [who] talked to me about bees. I’ve had hives ever since. I just love bees and feel like I understand them.

I grew up to your dad Lionel’s music. In fact, my first dance with the woman whom I eventually married was to your dad’s “Still.” Can you talk about Lionel?

Wow, I do know “Still.” My dad is very smiley. He loves being the professional Lionel Richie. He’s never in a quiet mode. When he goes anywhere, even to the neighborhood pharmacy, he’s very much about saying hi. He’s very friendly. He talks to everybody. He’s got jokes.

It’s also the same way when it’s just him and me at the house. He just loves life and celebrating. I’ll tell you his favorite story to tell. He says that people walk up to him every day and say, “I have made love to you (through his music) many times.” He said, “I get told that all the time, baby. I just love it like, cool.”

Your dad appears on “Nikki Fre$h.” Did you have to ask him or did he just do it?

I don’t know if I asked him to be on the show, or if he just assumed that he was going to be. But he loves it so much.

Will your dad be in your album someday? Have you written songs with him?

My dad would have to audition for me if he was going to be on the album (laughs). That would be a decision I would have to think about. I didn’t write with him. I did write with my husband, which was exciting and new. I wrote with another one of my favorite writers, Sarah Hudson.

Does rapping come easily for you? Have you always loved to sing?

Yes, I’ve been singing my whole life. My whole family sings. I play the piano. But rapping is a different thing. I had this big idea. I wanted to have the album, and then I wanted to do the show. I sold the show to Quibi.

Then it was time for me to get in the studio. My husband was very casual. He’s like, “Alright, go.” I froze in that moment. I was like, wait, can I even do this? I’ve done it at karaoke a few times.

But, after we wrote the song together, I went through it the first time. Joel said, “I’m very impressed that was your first time doing it.” I was like, “Thank you so much!” But listen, there’s definitely a skill to it. It takes work. So, I practice every day with my kids. They don’t like it, but I try and make up little songs here and there.