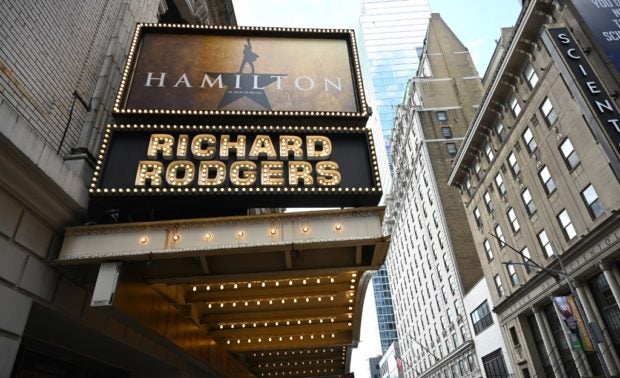 “Hamilton” is bringing its groundbreaking blend of hip-hop musical numbers, color-blind casting and political revolution to Disney+ at a poignant moment in American racial history, its creator and original cast said.

A filmed version of the Broadway stage phenomenon about the United States founding fathers told through the lens of modern, multi-ethnic America lands on Disney’s streaming platform on July 3.

With theaters closed due to the pandemic and the initial cast having long ago moved on to other endeavors, the movie offers a rare chance to see the original run of a show that won 11 Tonys and has grossed $1 billion worldwide.

“I know that when I see a sign at a protest out in the street that says ‘History Has Its Eyes On You,’ or ‘Tomorrow There’ll Be More Of Us,’ I know that the language of the show is connecting in a way that makes me incredibly proud,” Miranda said, referring to popular lyrics from the show.

“I can’t even wrap my mind around (that),” he told an online press conference.

The musical tells the story of Alexander Hamilton and fellow founding fathers with rap and hip-hop numbers mixed in with traditional show tunes.

Since its first Broadway run, the musical has been performed across the country and abroad, cast with mostly non-white actors.

That diversity, and its message of risking everything for a noble cause, means its timing could not be more apt, said original cast member Renee Elise Goldsberry, who played Angelica Schuyler.

“We get to remember what those young people felt like, at that time when ‘laying down your life to set us free’ meant something,” said Goldsberry, referencing one of the musical’s lines.

“The diversity of this country can be claimed by all of the people that created it — that’s one of the many things this show celebrates and I think it’s so needed right now,” she added.

Disney decided in early May to bump the movie forward by more than a year in order to fill a schedule emptied by coronavirus.

Its release comes at a time when historic statues and monuments are being removed across the country, as Americans grapple with the legacy of racism.

In the musical, Hamilton berates a pro-British Loyalist who called the Revolution a “rabble,” telling the crowd that “the revolution is comin'” and “I’d rather be divisive / Than indecisive / Drop the niceties!”

“Young kids who are out there, who are upset and angry… can watch this and realize that they can put their energies through writing, through challenging the people who are telling you things that you don’t like to hear, like Hamilton did,” said Onaodowan, who played Hercules Mulligan and James Madison.

From its 2015 Broadway debut, “Hamilton” soared in popularity, driven by social media buzz, its catchy score, and celebrity fans including the Obamas.

Then-first lady Michelle Obama famously called it “the best piece of art in any form that I have ever seen in my life.”

But its immense success drove ticket prices into the stratosphere, with resales fetching thousands of dollars each.

“We always said we wanted to democratize the world seeing this company doing this show,” said Miranda of the film.

“Folks just could not afford the ticket,” added Daveed Diggs, who played the Marquis de Lafayette and Thomas Jefferson.

“We were — as a company and an entity — in constant battle with the resale market,” he added.

Director Thomas Kail shot footage for the movie over three days in June 2016.

The film melds two live performances — in which cameras sat among and above Broadway audiences — with closed-door renditions, in which “we were able to get on stage with a steady cam, or have a camera on a crane” for a greater sense of proximity.

“This is not trying to be the show,” Kiel said. “This is its own experience.” IB

Universal preparing a reboot of ‘Twister’