It is high time the spotlight be focused also on our indie bands and solo artists. They do form a deep well of diverse and amazing talents in the local scene. I will be showcasing once in a while an indie band or solo artist that to my mind deserves a look and more attention. So below, let’s get to know Giezelle Tuazon. 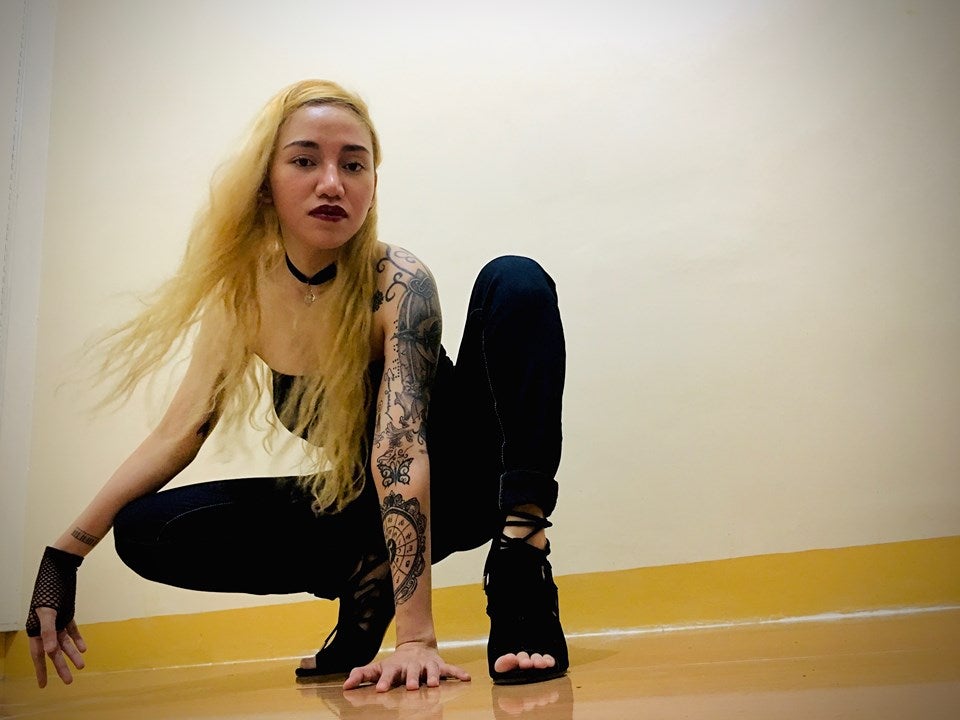 1. What/who inspired you to get into music?

Giezelle Tuazon: I grew up with musicians in the family. Back in the 80s my mom was a former member of the band Aegis (the one who popularized songs such as Luha and Basang-basa sa Ulan) before they got big while my half-brother co-founded an underground death metal band called Barang in the early 90s along with Grin Department’s Bong Pascacio.

When I was a kid, I told myself that I wanted to create my own path and not follow someone else’s footsteps.

But growing up, I was a nerd with literal thick glasses, I was so shy and an outcast trying to fit in. Listening to heavy metal and rock and roll made me feel that I belong to something. Something that embraces my weirdness and my uniqueness. It supported me to be as weird as I wanted to. It made me feel that I wasn’t alone and someone out there understands me and accepts me and that’s where I always wanted to be. So for me, heavy metal itself inspires me to get into music.

2. What are your musical influences? 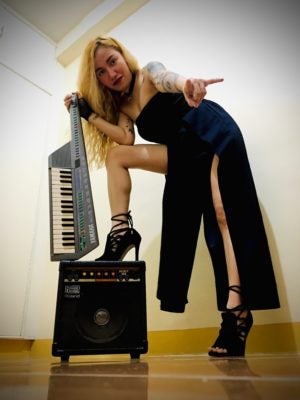 Giezelle Tuazon: I have a wide array of musical influence. From classics such as LV Beethoven, JS Bach, Niccolo Paganini to modern pianist/singers-song writers such as Kate Bush, Regina Spektor and Tori Amos.

When I was in high school, Evanescence and Linkin Park were very popular and I know most kids my age were influenced by them. I also started to appreciate my father’s playlists such as Guns N’ Roses and Skid Row. Then Chicosci’s Revenge of the Giant Robot introduced me to harder and much more aggressive forms of rock and that’s where I started to explore more on the genre.

When I was in college, it became a little bit heavier, I started with Dream Theater, Children of Bodom, Halestorm, The Pretty Reckless, In This Moment, H.I.M. to as extreme as Carcass, Death, Mayhem, Dimmu Borgir, Emperor, Obituary, Napalm Death, Autopsy and everything in between.

There are so many influences per genre and sub-genres and I can go through it all day.

I appreciate almost all of the musical genres but let’s say my favorite is much more on the gothic side.

3. Can you describe your style of music to the unfamiliar?

Giezelle Tuazon: I play piano keyboards in an alternative metal band called “[email protected]”. We use distorted amplified guitar sound with a thick bass guitar sound combined with eerie gothic, symphonic and melodic feel of my keyboards, aggressive drum patterns and a blend of clean, rap, scream and growled vocals.

Our lyrics are drawn from personal experiences such as love and anger to fantasies such as angels and demons to patriotic themes. If you have time you can always check out my band from our Facebook page, Instagram, Twitter. Our songs are also available in Spotify, Deezer, Amazon Music and all major music platforms!

4. What do you think of the current local scene? 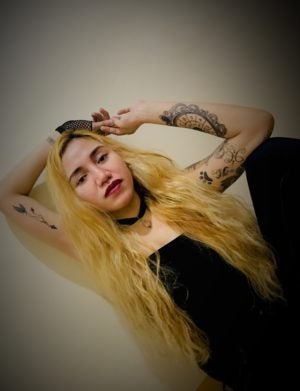 Giezelle Tuazon: Local music scene is huge and promising. There are plenty of talented Filipino musicians, composers and instrumentalists.

What’s sad about the current local music scene is these musicians get very little support. Sometimes it’s actually hard to get support from our own families and friends.

Filipinos in general, tend to support international artists forgetting that there are plenty of as talented musicians in their own country.

I was hoping that there could be more support from the local media, radio stations, televisions, newspapers or even social media for struggling and independent artists like me. That’s why this article means a lot to me.

5. Who is Giezelle Tuazon in a nutshell?

Giezelle Tuazon: I look intimidating most of the time, because of my weird gothic fashion style, dyed blonde hair and visible tattoos. I am also interested in bizarre, dark, or unusual things that normally scares or frighten other people.

But I’m really approachable and very friendly. There is a side of me that still cries whenever watching movies or listening to sad songs. I’m shy at first but can be fun and very talkative sometimes. When I curse a lot when I’m with you means that I am comfortable being around you already.