Cartoon Network reigns as No. 1 kids’ TV channel in PH–survey 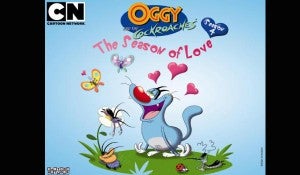 MANILA, Philippines – Reaching more kids than any other network, Cartoon Network, has cemented its position as the number one kids’ channel in the Philippines.

Across all TV platforms and cable operators, and across age groups, more Filipino kids are tuning in to their favorite Cartoon Network shows than any other channel.

Data shows that Cartoon Network’s weekly reach is higher than any other cable channel (at almost two-thirds of 2- to 12-year-olds), and is also the most engaging channel with viewers spending more time watching Cartoon Network.

The latest Nielsen data for January to the beginning of April also shows that Cartoon Network is a No. 1 hit with moms and is the second most watched channel amongst viewers of any age*.

Sunny Saha, Senior Vice President and Managing Director, Entertainment Networks, Turner Broadcasting System Asia Pacific, Inc., said, “Cartoon Network’s stellar performance so far this year demonstrates just how much the brand is woven into everyday life of families in the Philippines. In Mega Manila alone, we’ve seen our ratings grow by 59% compared with 2011 as kids and families continue to embrace our vibrant mix of comedy and adventure entertainment.”

Cartoon Network is connecting with Filipinos via hit series Oggy and the Cockroaches, award-winning series The Amazing World of Gumball and Adventure Time; as well as perennial favorite the Tom & Jerry Show and Cartoon Network’s international sensation Ben 10.