K-pop band Seventeen is back and they are fearless 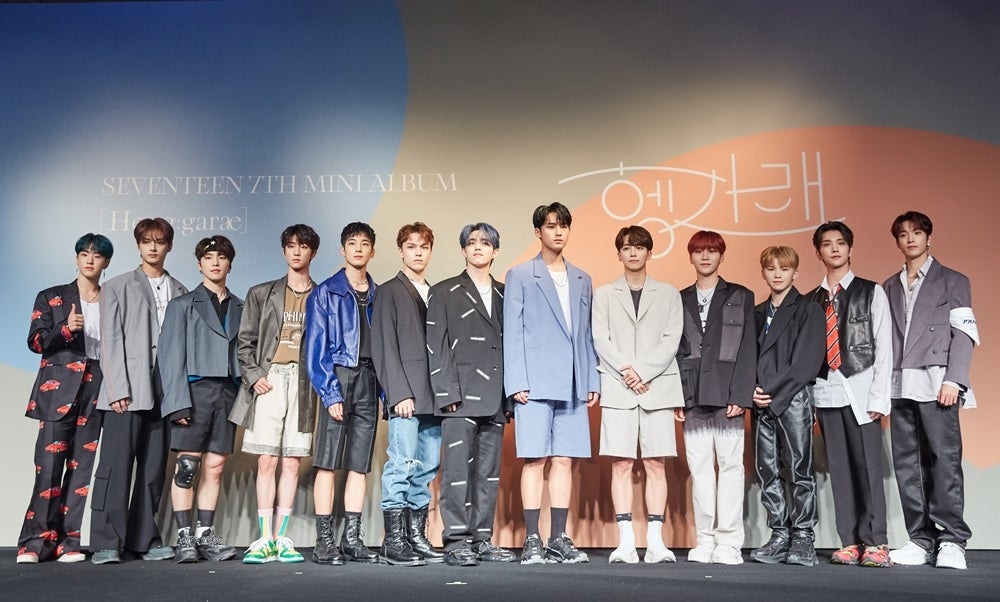 SEOUL — Seventeen released their seventh mini-album “Heng:garae,” with “Left & Right” as its lead track, on Monday.

The record, featuring six tracks, comes about nine months after their third full album “An Ode.” While the previous album focused on the concept of fear, the new album carries a much more upbeat and optimistic theme. In fact, the first song is called “Fearless.”

Speaking to the press during a livestreamed press showcase, the bandmates said they wanted this album to be an anthem for youth and a motto to live by.

“The lead track, ‘Left & Right,’ is a message for young people who challenge themselves to reach their dream,” said member Woozi who participated in writing and composing all six tracks on the album.

“They may be going left and right, not knowing what path to take, but through that period, they will later be able to shoot up to the sky with their strength.”

He added henggarae in Korean means an act of throwing someone high up in the air and catching them.

Other members were heavily involved in the creative process as well. They shared that they had more discussions than ever before about their day-to-day lives as well as their thoughts about their career and where it’s heading, which is reflected in the album.

“What Seungkwan shared about his outer and inner self especially touched me,” Woozi said.

“I am much brighter on camera and when I’m with other members than when I’m alone, a side of me that the other members also probably empathize and share,” explained Seungkwan.

Once the lead track was finished, member Hoshi listened to it first and confessed that he wasn’t initially sure about it. “I knew Woozi, along with others, worked on over twenty songs to come up with this one, but ‘Left & Right’ was a different genre from our usual songs. But my second time listening to it, I felt chills.”

That was when he called Seungkwan and said, “This is it.” Seungkwan with other members heard it afterward, and they were able to hum and dance to it immediately, and could picture themselves performing the song onstage.

In accordance with the band’s enthusiasm, the album garnered a lot of attention early on after it hit 1.06 million presales, breaking the band’s previous record.

After the album was released on Monday night, its lead track shot to the top of various domestic music charts, including Melon, Genie and Bugs.

As a surprise for fans who waited for the band’s comeback during the epidemic, Seventeen decided to prepare performances of three songs from the album instead of the usual two, the lead track and follow-up single which for this album is ”My My.“

The third song the group will perform will be “Fearless,” which the members said they have already started practicing the choreography for.

”Over the past nine months, we poured all of our energy into this album so every track is very meaningful for us. We hope especially young people will feel encouraged and supported through our music,“ said leader S.Coups.