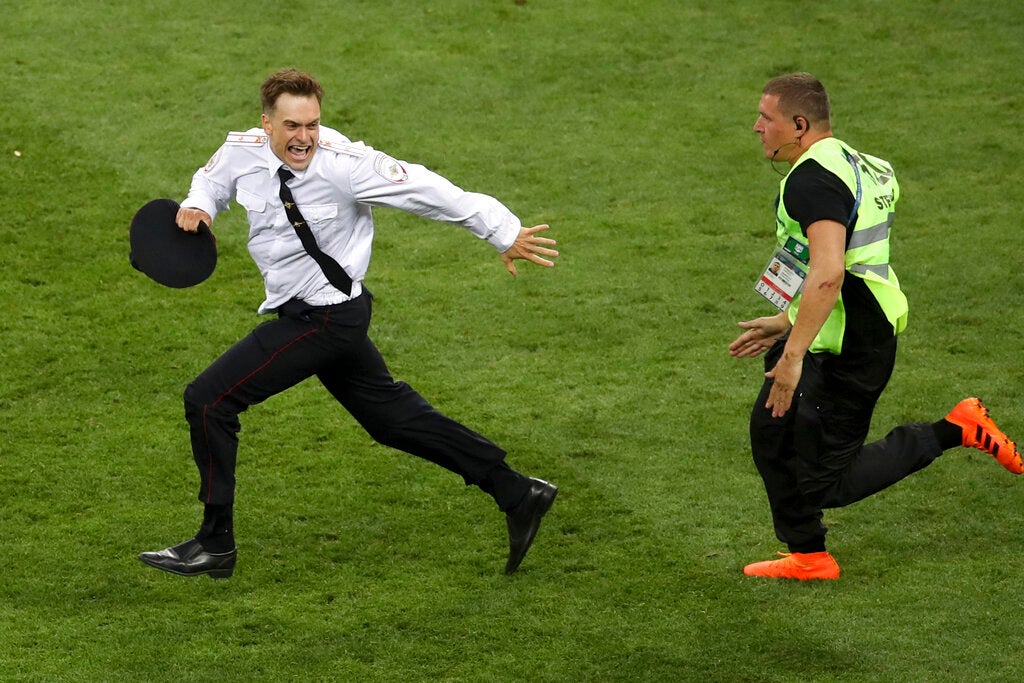 Pyotr Verzilov invading the pitch, runs away as a steward tries to stop him during the France and Croatia 2018 World Cup final match in the Luzhniki Stadium in Moscow, Russia in July 2018. (AP)

MOSCOW — Pytor Verzilov, a Russian political activist and member of the Pussy Riot protest group, has been sentenced to 15 days in jail for swearing in public.

A court on Monday found him guilty of using foul language after being released from more than 12 hours of police questioning on the previous day.

Verzilov said that soon after he was released, he was assaulted in what he claimed was a police provocation. He said police responded to the incident almost immediately and took him into custody even though “there is no evidence I really cursed.”

Verzilov was detained on Sunday morning by anti-terrorism officers who broke into his apartment. The Mediazona website that he publishes said he was questioned in connection with a protest last year where police harshly arrested around 1,300 people.

He attracted worldwide attention in 2018 when he and three other Pussy Riot activists entered the field at the World Cup final in Moscow to protest police brutality, an action for which they served 15 days in jail.

Two months later, he became severely ill from what group members suspected was poisoning and was flown to Germany for treatment.