If there would be a list of top 10 Filipino actresses, Mylene Dizon would definitely be on it. She’s the type who has less fluff and more substance. I have always liked her style, even off-cam. The Kapuso beauty has that certain “je ne sais quoi.”

In GMA 7’s “Bilangin ang Bituin sa Langit,” she portrays Nolie, daughter of Cedes (Nora Aunor) who will avenge her family’s misfortunes. Just like the character she plays, Mylene is a toughie. She looks life straight in the eye and knows her part damn well. 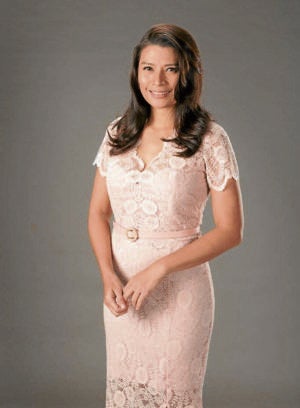 Here’s my chat with Mylene:

What’s your take on the antiterror bill?

“The antiterror bill is a modern expression of state warlordism. It uses legal means to subvert the state monopoly of force to serve the purposes of the ruling administration.

This is done in the name of combating terrorism, but as critics of the bill have pointed out, it can just as well be used to advance the political interests of that administration.

The real name for the bill should be the Anti-Activism and Anti-Dissent Bill, because that is its evident purpose. Apart from its [in my opinion] violations of the Constitutional Bill of Rights, and usurpation by the Executive of judicial authority, the bill itself scarcely helps authorities fight terrorism in any meaningful way— real terrorism, not peaceful activism and civil dissent…

What’s your personal mantra as you adapt to the “new normal”?

“Another day, another opportunity to unlock a challenge,” which keeps me motivated. “This, too, shall pass” keeps me going every day. “Everybody is a carrier”—I repeat this in my head over and over when I’m out of the house doing essentials to remind me to keep my distance.

What was the most productive thing you did during quarantine?

My vegetable garden is at its best as I’m able to tend to it every day. The compost and worm bins are healthy. I’ve made dishes that I’ve always wanted to try. The kids have gone around the world through the food we’ve made in our kitchen.

What’s the craziest thing you did during quarantine?

What makes your relationship with Jason Webb work?

The “want” to make it work. We’ve reached the point wherein we just respect each other’s individuality.

Love yourself, first and foremost. Then, love others.

How do you handle it when you have a scene with a ham actor?

Among all the roles you’ve played, which one impacted you the most?

Maybe the role of Joyce in the movie “100,” directed by Chris Martinez. She is relatable, at least to me. Everything she did, her decisions on how to tackle her fight (which is not to fight) with cancer is something I could see myself doing in real life.

When we were filming “100,” I wanted to become Joyce in every way. I wanted her to move my physical self through the scenes—at one point, I wanted to shed much of my weight for the scenes toward her death.

Any suggestion on how the TV/movie industry can stay afloat in the time of Covid-19?

I wish I had one, but every time I think of this dilemma we’re facing, I’m left with blank walls.

If we could go back to the “old normal,” what are some of the things you would do differently?

I would probably buy Zoom shares.