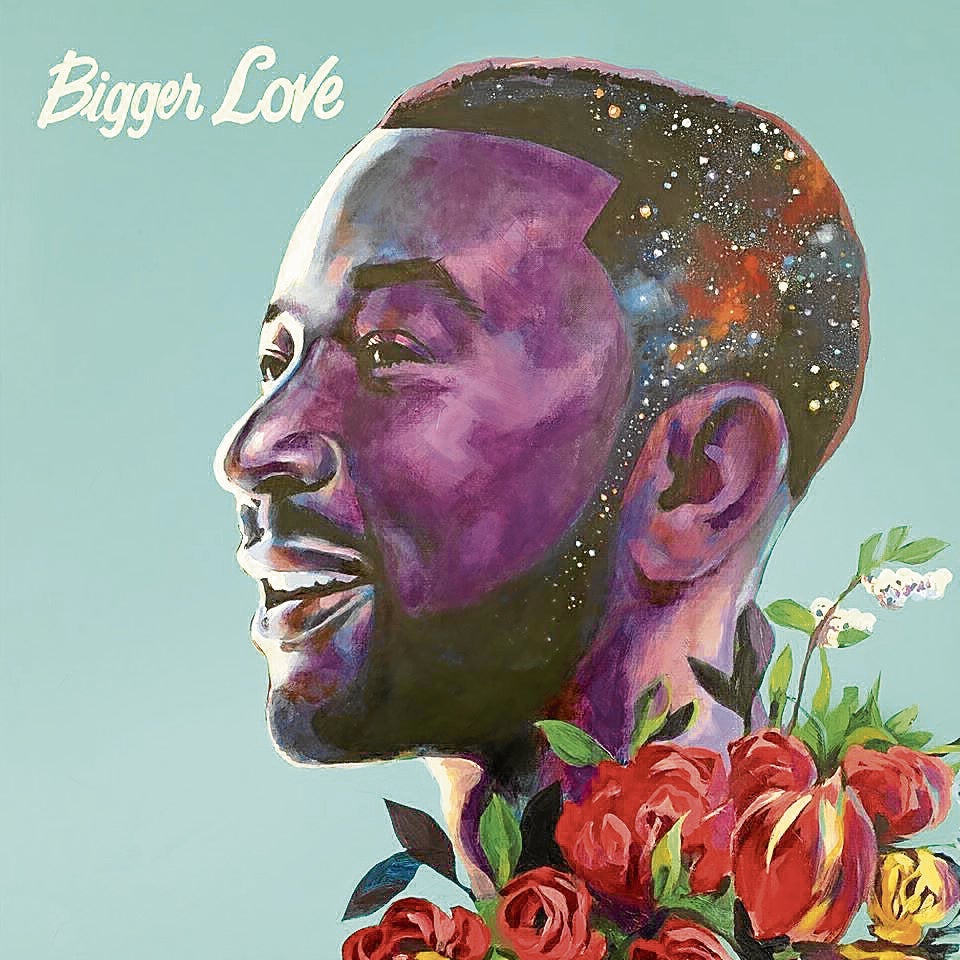 In these “tough” and “crazy times” we find ourselves at the moment, John Legend’s newly released album, “Bigger Love,” aims to be the “musical hug” everyone needs.

While all 16 tracks in it were finished prior to the Covid-19 pandemic, and the worldwide antiracism and police brutality protests spurred by the murder of George Floyd, the themes the music explores and conveys—love, joy and resilience—have never been more fitting.

“Hopefully, it can speak to the people in this moment of fear, uncertainty and turmoil, and lift them up and bring some love and joy,” John said in a recent online listening party hosted by his record label, Sony Music’s Columbia Records, for the international press.

“Bigger Love,” the American singer-songwriter’s seventh album, was a year in the making from conception to production. It’s a “labor of love” to which he poured his heart and soul. It’s a project inspired by his loved ones and the rich tradition of black music, which shaped him into the artist he is today.

“We have seen a lot of images of Black Americans in mourning, in pain and in anger. We do feel all those emotions. But we also feel joy, love and connection with our partners and loved ones. This album explores those feelings in depth,” said the R&B star, who’s one of the few artists who have completed the Egot (Emmy, Grammy, Oscar and Tony Awards).

Looking upbeat in a colorful printed shirt, John played DJ from his Los Angeles home, vibing, snapping and singing as he gave previews of 13 of the 16 songs—all while his wife, Chrissy Teigen, and their two kids, Luna and Miles, were having dinner.

True to form, the new album is a rousing blend of soul and sensuality, or spirit and nostalgia. And it kicks off with one of John’s favorite tracks, “Ooh Laa,” an intriguing collision of doo-wop and trap.

“Actions” samples David McCallum’s “The Edge,” which popularly appears in Dr. Dre and Snoop Dogg’s “The Next Episode.” The opening vocals simulate John’s songwriting process, which has him scat singing the melody in his mind, if he has yet to figure out the lyrics. “It’s about not always living up to the words of my songs, about hopefully becoming a better person,” he said.

“I Do” is a collaboration with pop-R&B star Charlie Puth and is easily Luna and Miles’ favorite. “They sing and we have dance parties to it … It’s definitely TikTok danceable,” John said. Sustaining the body-shimmying mood is “One Life,” which John wrote with rapper Anderson .Paak. The bluesy “Wild” features an epic guitar solo by renowned instrumentalist Gary Clark Jr.

The title track, “Bigger Love,” is a joyous song with an Afro-Caribbean flair. “It encapsulates what the album is all about—hope and resilience. And it’s for humanity. It’s about rising above the challenges we face,” John said of the song, whose music video features clips showing how people all over the world are doing amid the pandemic.

Midway through the album, the mood and music shift to what can be only described as “babymaking.”

The sticky and sweet “U Move, I Move,” features the sultry vocals of R&B artist Jhene Aiko. John initially intended the jam to be a solo, but the more he listened to it, the more he felt that it needed another singer with whom he could bounce off the energy. After all, the song is about the interplay between two people in love.

“I felt it could use a female duet partner, because so much of the song is about responding to your partner,” he pointed out. “Our voices really work together. There’s beautiful energy and harmony.”

“Conversations in the Dark” is another sexy track. “Slow Cooker,” in which John’s achingly sweet falsetto shines, was an instant hit among journalists who attended the session. “Don’t Walk Away,” meanwhile, features Koffee, a talented Jamaican singer and rapper.

“Remember Us” never fails to make John emotional. Rapper Rapsody, who’s a gifted lyricist, contributed a verse about pain and loss. “It’s nostalgic. I shed a tear whenever I hear her verse and get reminded by the people we lost … Nipsey Hussle, Kobe Bryant…” he said.

“Conversations in the Dark,” about romance and intimacy, is Chrissy’s favorite. “It’s about a promise not to break one another’s heart,” John said. “Chrissy said it’s the best I have written since ‘All of Me,’ so that’s saying something!”

As its title suggests, the closing track, “Never Break,” espouses hope and optimism. “It’s about the concept that love will get us through tough times. I felt it was the perfect ending to the album, given the moment we’re living in right now,” John pointed out.

“I’m under no illusion that music can save the world or solve all its problems,” he admitted. “But I have always turned to music to help me through tough times, and I know many of you have done the same.”