Germany strives to kickstart music scene, culture in a world blighted by coronavirus 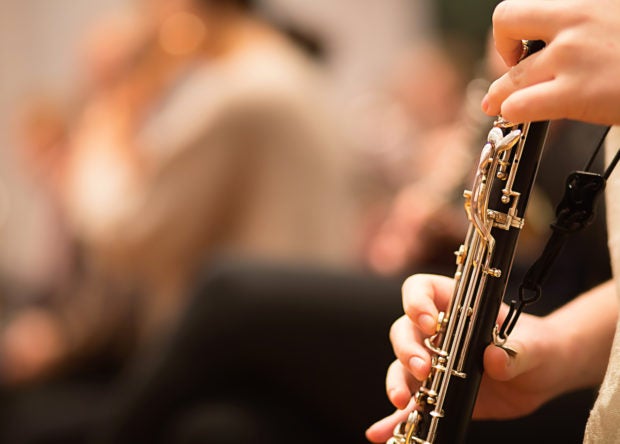 Musician Cristina Gomez Godoy casts an excited glance towards the leafy stage where she is about to perform in front of an audience for the first time in three months.

“I’m actually nervous,” said the oboist, 30, a member of Berlin’s Staatskapelle orchestra, which has been unable to perform live since concert halls were shut in March to control the spread of the coronavirus.

Gomez and four colleagues are tuning up for a short concert in the courtyard of an apartment building in Berlin, accompanied by the buzzing of bees and against a backdrop of ivy tumbling down the walls.

The show illustrates how arts organizations across Germany are having to think creatively as they strive to get up and running again in a world where they must coexist with the coronavirus.

“It is a pleasure for us as musicians to play together again, despite the smaller format, and I think the audience will enjoy it too,” Gomez said.

The courtyard has space for only a handful of socially distanced audience members, while those who live on the upper floors have enjoy the best seats lounging on window ledges, beers in hands.

Ursula Dyckhoff, 77, lives in an apartment on the first floor.

“It was wonderful, the acoustic and the view too,” she said after the concert.

Libraries, museums and art galleries were allowed to reopen in Germany in April and the government published guidelines in May aimed at getting the rest of the cultural sector back to work, at least in some form.

But many challenges remain, especially for theaters, concert halls, opera houses and cinemas. The guidelines include limiting numbers and ensuring 1.5 meters space between all, meaning auditoriums will have space for only a fraction of their normal audiences.

Berlin’s Volksbuehne launched its 2020/21 season in mid-June with the caveat that capacity in the auditorium will be cut to just 130, from the usual 800.

In neighboring Austria, the Vienna State Opera has resumed performances to audiences of just 100 at a time, compared to 1,700 on a normal night.

The Salzburg Festival will also go ahead this summer with the repertoire reduced by about half and limited to a select few venues. 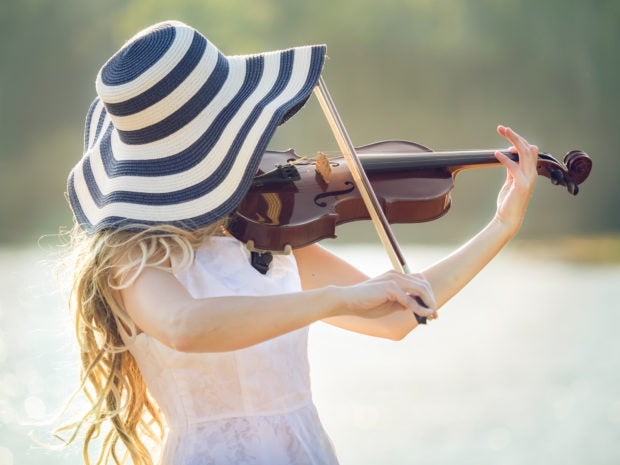 Performers, too, must remain socially distanced, meaning fewer of them on stage, bad news for freelancers in particular, who have already seen their income fall off a cliff during the pandemic.

The Berlin Philharmonic offered a first glimpse in early May of what indoor orchestral concerts might look like in a post-lockdown world with a socially distanced concert featuring just 15 musicians.

Thanks to generous state funding, German arts organizations are better placed to cope with reduced income from ticket sales than many of their European and international peers. But even they say there is only so long they can survive like this.

The government has announced a one-billion-euro ($1.1 billion) rescue package for the culture sector, with targeted help for venues such as theaters and cinemas that rely more heavily on earned income. But critics say it is a drop in the ocean.

“This… shows the value of culture, for example in comparison to the nine-billion-euro subsidy for an airline,” Berlin’s pointman on culture Klaus Lederer said, referring to a state aid deal on the table for Germany’s Lufthansa.

Some orchestras and theater companies, such as the Deutsches Theater and Berliner Ensemble, have for now resorted to performances outdoors. The Deutsche Oper has performed in a car park, and the Deutsches Symphonie-Orchester Berlin has even played on the top deck of a bus. But they are looking ahead to an uncertain future when winter follows summer.

As with the lifting of other lockdown measures, specific rules and dates for the reopening of arts venues will vary across federal states, which have the final say on what is allowed and when.

The German Orchestras Union (DOV) is calling for concerts to resume swiftly across the whole of Germany.

“For freelance musicians especially, this is… about sheer survival,” said DOV head Gerald Mertens. “Smaller formations, especially in churches, smaller venues and in the open air, should be able to perform again as soon as possible.” JB