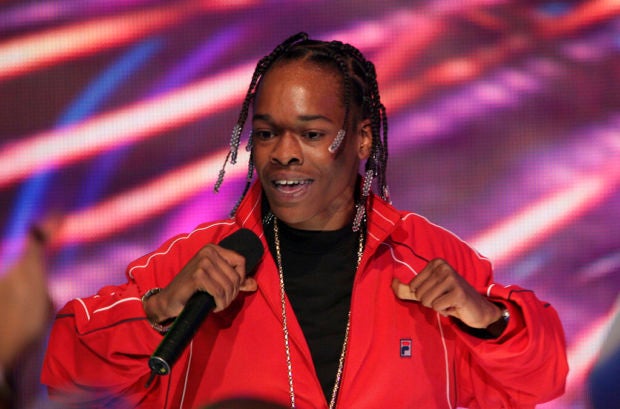 SHREVEPORT, Louisiana — Rap artist Hurricane Chris, known for the hit “A Bay Bay,” has been arrested on a murder charge in Louisiana.

The rapper, whose real name is Christopher Dooley Jr., was arrested early Friday on one count each of second-degree murder and illegal possession of stolen things, Shreveport Police said in a news release. Dooley, 31, of Shreveport, was being held without bond at the city jail. Online jail records did not indicate if he had an attorney who could speak on his behalf.

Police responded shortly after 1 a.m. Friday to a reported shooting at a gas station in Shreveport, news outlets reported. Officers found one person suffering from multiple gunshot wounds. He was pronounced dead at a hospital.

Dooley, who had gone into the gas station’s store, initially told police that he had shot a man who he thought was trying to steal his vehicle. But video footage appears to show otherwise, police said in a news release. The car Dooley was in had also been reported stolen from Texas, the release said.

The Shreveport native, who is the godson of former Democratic state Rep. Barbara Norton, is best known for his 2007 album “51/50 Ratchet,” which includes his hit single, “A Bay Bay.” That track’s music video has nearly 30 million views on YouTube.

Read Next
As he expands reach with debut EP, TikTok hotshot Powfu muses about success and the music of Gen Z
EDITORS' PICK
Every Filipino home can now be a smart home with realme TechLife
PLDT Home Prepaid WiFi customers now under the care of Smart
Nestlé Philippines’ ‘NESCAFÉ Plan’ bags Grand Anvil at PRSP 56th Anvil Awards
Wesley So officially a US citizen
‘Pilgrim of peace’ Pope Francis heads to war-scarred Iraq
WHO: Arrival of vaccines in PH ‘a powerful step’ towards economic recovery, normalcy
MOST READ
Kris Aquino dispels rumors on son Josh getting married, thanks Ogie Diaz for defending him
Wesley So officially a US citizen
Ginebra trades Slaughter to NorthPort for Standhardinger
LTO’s P500-M deal for screws draws scrutiny
Don't miss out on the latest news and information.