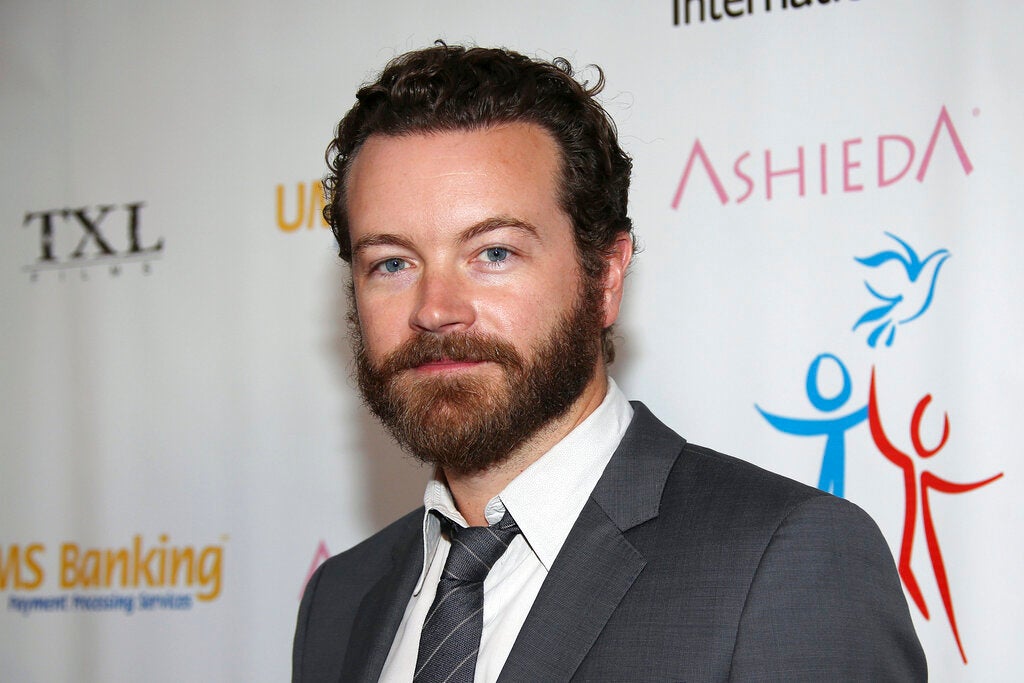 Actor Danny Masterson arrives at Youth for Human Rights International Celebrity Benefit in Los Angeles. Masterson, known for his roles in “That ’70s Show” and “The Ranch,” has been charged with raping three women. (Invision/AP)

LOS ANGELES  — “That ’70s Show” actor Danny Masterson has been charged with the rapes of three women in the early 2000s, Los Angeles prosecutors said Wednesday.

The three counts of rape by force or fear come after a three-year investigation of the 44-year-old Masterson. The charges were filed and an arrest warrant issued Tuesday. Masterson was taken into custody late Wednesday morning, jail records showed. He was being held on $3.3 million bail and is scheduled to be arraigned on Sept. 18.

Masterson’s attorney Tom Mesereau said his client is innocent, and “we’re confident that he will be exonerated when all the evidence finally comes to light and witnesses have the opportunity to testify.”

If convicted, he could face up to 45 years in prison.

Prosecutors declined to file charges in two other Masterson cases that police had investigated, one because of insufficient evidence and the other because the statute of limitations had expired.

Masterson has been married to actor and model Bijou Phillips since 2011.

“Obviously, Mr. Masterson and his wife are in complete shock considering that these nearly 20-year old allegations are suddenly resulting in charges being filed, but they and their family are comforted knowing that ultimately the truth will come out,” said Mesereau, who has previously represented Michael Jackson and Bill Cosby in their trials for sexual crimes.

“The people who know Mr. Masterson know his character and know the allegations to be false.”