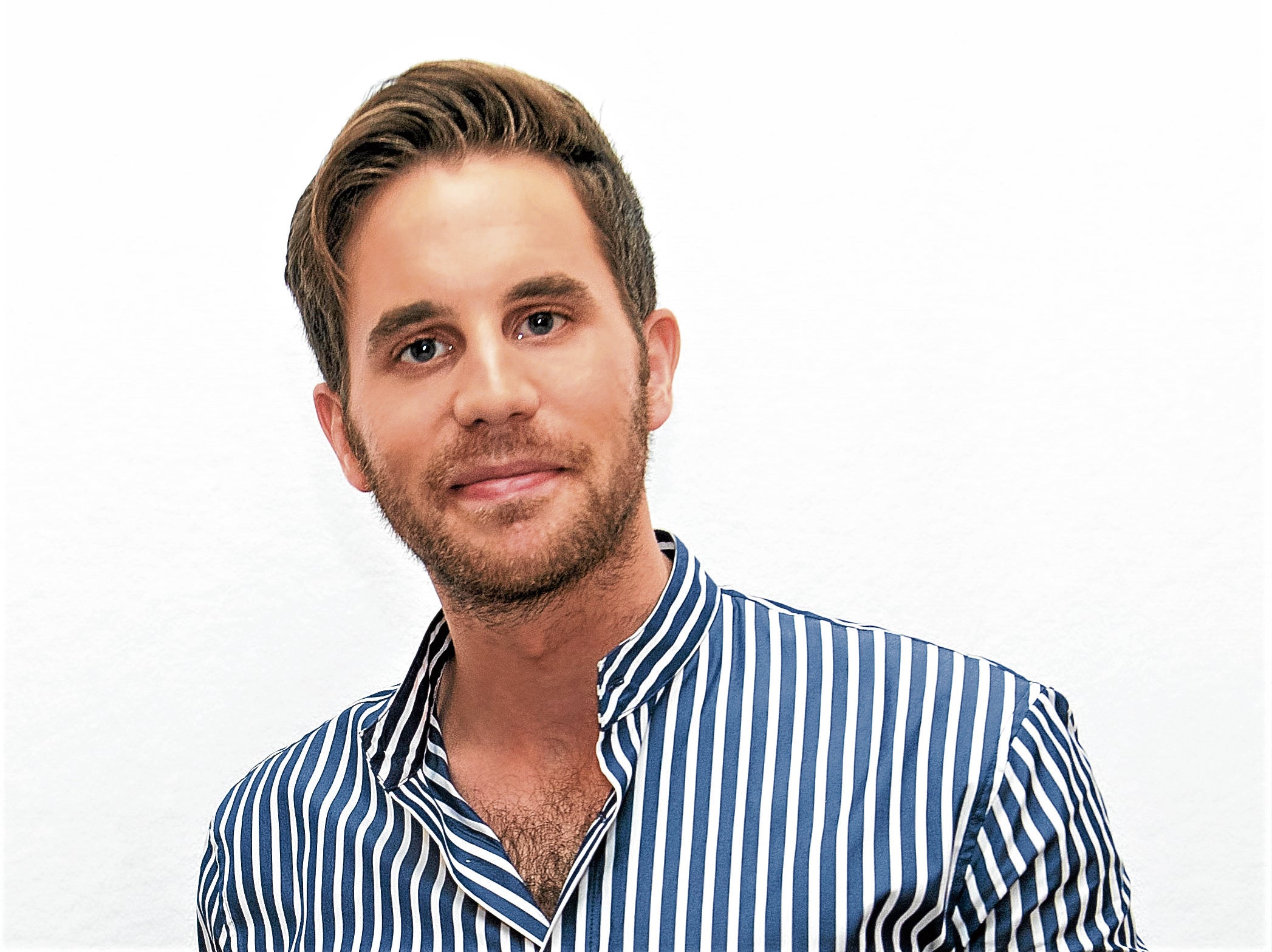 LOS ANGELES—“Because of the pandemic, everything is so unsure,” Ben Platt replied when asked about the status of the film adaptation of his Tony-winning musical, “Dear Evan Hansen.”

Ben, in a video call from his LA home, added, “There is a desire to make ‘Dear Evan Hansen’ in the fall and a hope that we could come together in terms of everybody feeling comfortable with health, getting all the right actors who are still available.

“But I won’t believe it until it’s in writing. We’re hopeful that we could get it going sometime this year.”

The LA native won best actor in a musical for his performance, becoming the youngest (he was 23 then) to win the award solo, in the 71st Tony Awards in 2017. “Dear Evan Hansen,” written by “La La Land’s” Benj Pasek and Justin Paul, with a book by Steven Levenson, won five other awards, including best musical.

The movie version of “Dear Evan Hansen” will mark the 26-year-old’s first major film collaboration with his father, Marc Platt, the producer behind “La La Land,” “Into the Woods” and the “Legally Blonde” hits.

Ben explained, “My father and I have avoided working too closely together for a long time because I wanted to establish myself on my own.

“We’ve always waited for the right reason to get together. There are so many reasons why this is the one. Obviously, my father is at Universal, which has the rights (to ‘Dear Evan Hansen’).”

Ben, who will reprise his role as a high school senior with social anxiety disorder, is naturally excited to work with his dad in bringing to the screen the musical that made him a breakout star on Broadway.

The actor made his stage debut at age 9 in a Hollywood Bowl production of “The Music Man” in 2002. He credited Marc for sparking his passion for musical theater. He went on to other stage roles, including becoming the youngest person, at 19, to play Elder Arnold Cunningham in a Chicago production of “The Book of Mormon.”

Ben, the fourth of five children, appears in a video with his brothers Jonah, who’s also an actor, and Henry, where they sing a Hebrew prayer, “Ahavat Olam.” The response has been sensational.

“As an artist, I was introduced by him to musical theater,” Ben said of his dad. “Additionally, in terms of filmmaking, I remember going to sets and watching all this magic happen. He would always bring us in on days when we could watch something spectacular happen, particularly when he was making musical films like ‘Nine,’ ‘Into the Woods’ or ‘La La Land.’”

A producer himself of Netflix’s “The Politician,” Ben said of his dad’s career as a top Hollywood producer, “It’s inspiring to see someone who can make it to such a high point in his career and maintain such warmth and kindness.”

Speaking of “The Politician,” which premieres its Season 2 on June 19, Ben talks about his ambitious character, Payton. We first meet Payton as a high school student who has known since he was 7 that he wants to be president of the US.

“Something Payton is figuring out, particularly in the second season, is where that line gets drawn,” Ben talks about his character’s drive. “On a personal level, ambition is often viewed as a dirty word. It can be such a powerful thing, but there has to be some limit where confidence wins out over narcissism and ego.

The star, whose other credits include the “Pitch Perfect” movies, revealed a highlight of the show’s Season 2 finale, which involves him, Judith Light and Bette Midler, who play his senatorial opponent and her chief of staff, respectively.

“It really becomes more a scenic moment between the three of us in this second season,” he began. “The only actual musical moment belongs to me—I get to sing. It comes at a pivotal moment when Judith, Bette and I have been at odds with each other.

“But over the course of the season, we both learn to respect each other. That culminates in this musical moment in the finale where it’s the first time they realize that Payton has a musical ability. It allows Payton to show himself to them in a new way. ”

Asked in what ways Gwyneth, who plays his adoptive mom in “The Politician,” and his real-life mom, Julie Platt, are similar, Ben answered, “Certainly similar in some ways, they’re both California girls, very warm and interested in my love life (laughs). My mother is incredibly warm, generous and giving.

“Gwyneth is, too, but because she comes from such a powerful background in terms of being an actor, owner and creator of a huge business, there’s a certain gravity when she is in the room.

Well, it looks like the “good love life” is taken care of. Ben came out as gay by phone to Marc and Julie when he was 12, while he was in Israel for a school trip. 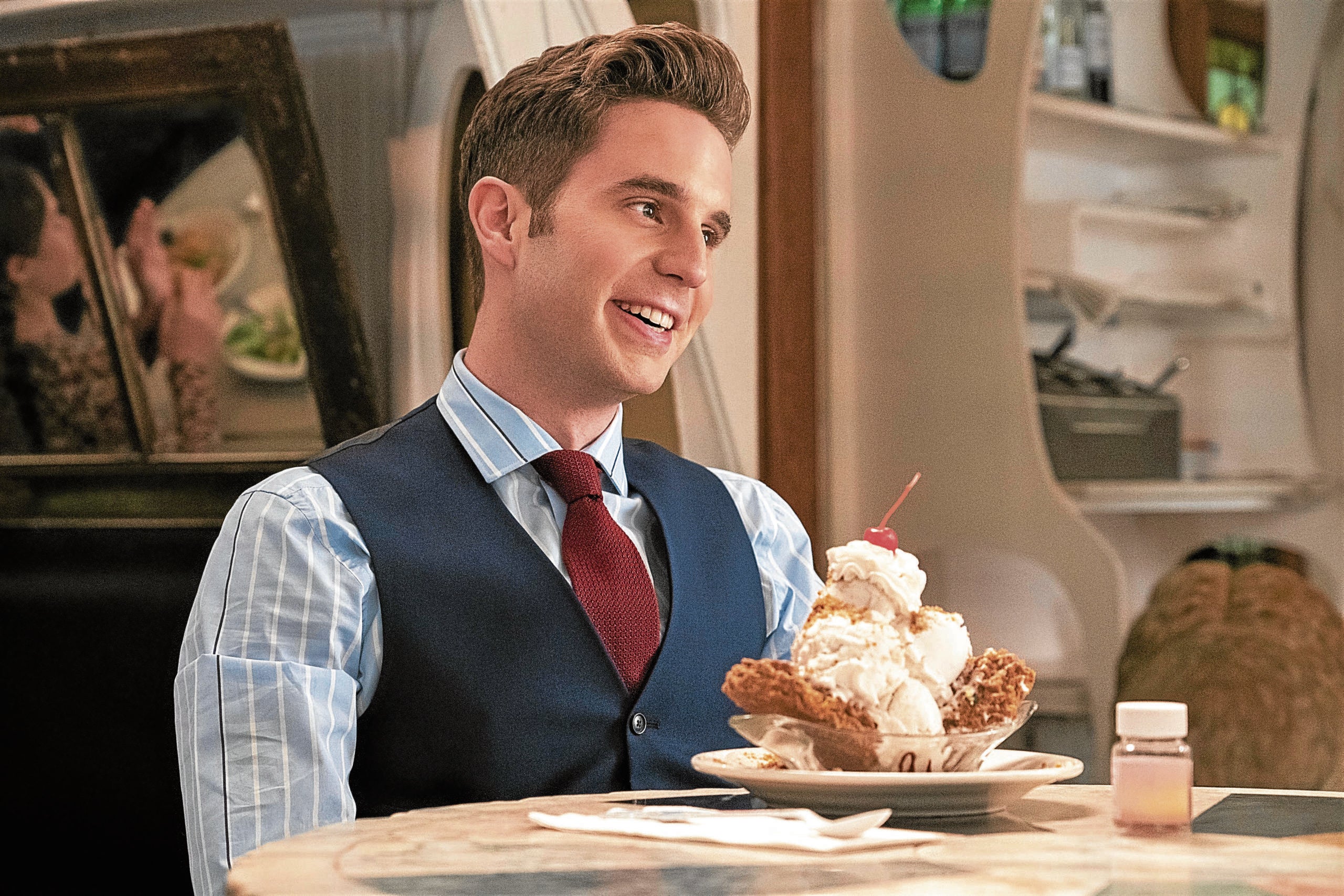 Platt in “The Politician” —NETFLIX

Smiling, he said about his boyfriend, Noah Galvin, a singer-actor who replaced Ben in the title role in “Dear Evan Hansen” after his departure from the show, “It’s still very new. We’ve only been dating for about six months. I always try to keep my private life private. But Noah is a very special person. It has just reached a point where he’s become an integral part of my life.

“I’m grateful, especially right now, to be in this lockdown to have somebody who keeps me calm, collected and feeling like I can be myself.”

Laughing, Ben confirmed that yes, his mom gives him love life advice. “Advice and also just making sure Noah is open to Judaism and Shabbat,” he shared. “But she’s very supportive and has welcomed him into our home during this time, so I’m lucky in that way.”

Amid this Covid shutdown, Ben, whose “Live from Radio City Music Hall” concert film debuted on Netflix last May 20, admitted that at first, he put “a lot of pressure” on himself to be productive. But as he relaxed, Ben said he was able to write music and learned to relish the sudden free time.

“I’ve gotten into Legos quite a bit,” he reported. “I’ve caught onto that to stay calm. It’s therapeutic to listen to a good podcast, do some Legos and pass a little time.

“I’ve also gotten into ‘RuPaul’s Drag Race’ which I never watched before. During this pandemic, I watched all 13 seasons. Other than that, it’s mostly been playing piano, trying to write music and exercise, cooking a little bit—the usual.”

As we turned to a more serious topic—the death of George Floyd and how it affected him—Ben reflected, “I think everyone in the world has been affected. There’s no way not to be affected. It has opened my eyes in many ways.

“The most important thing has really been understanding that we need to be amplifying black voices who have been fighting this fight for many decades. It’s not new to them.

As for the immediate future, he was asked about the possibility of a Season 3 for “The Politician.” “I don’t know when that will be,” he commented. “I know that Ryan is interested in letting us all age a little bit, so that we’re ready for the triptych. I know that the current concept is for the third to be the final season.”

Will Payton become the president of the US? “He gets pretty close by the end of Season Two, so we’ll see,” Ben hinted with a boyish grin.